Mid Canada Line (MCL) – Sector Control Station (SCS) 400
Great Whale River, Quebec
The following extract is taken from the book “A History of the Air Defence of Canada 1948 – 1997” by the NBC Group
RCAF Station Great Whale River (Sector Control Station 400) was located on the mouth of the river of the same name and the shores of southeastern Hudson Bay. It began as a detachment in November 1955, and attained station status in January 1957. the station closed on 02 April 1965. During its operations, Great Whale River was supported by RCAF Station St Hubert. The personnel of the station were quite involved in the community affairs of the area. In November 1964, they arranged for 104 Composite Unit to fly in Christmas gifts for the Indian and Eskimo party. As well, 436 (Transport) Squadron flew up Christmas supplies for the station and at the same time did a Christmas tree drop over the Belcher Islands for the Eskimos and members of the Dept. of Native Affairs. Today the community is known by the native name of Kuujjuarapik. The 5085 by 150 foot gravel runway is administered by the Government of Quebec. The Great Whale River is now called Grande Riviere de la Baleine. 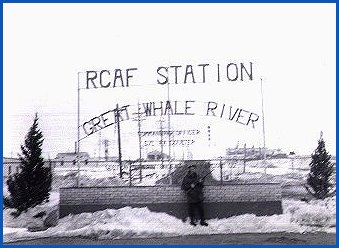 Following 8 Photos are courtesy of Jim Collins. Jim, who now resides in Northern Ireland also has a Great Whale River web page from which the following photos were taken. While on the MCL, Jim was a Marconi employee. 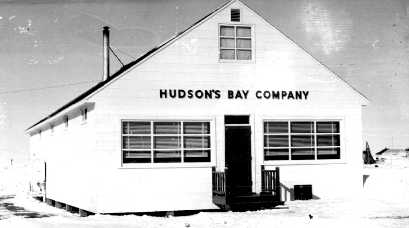 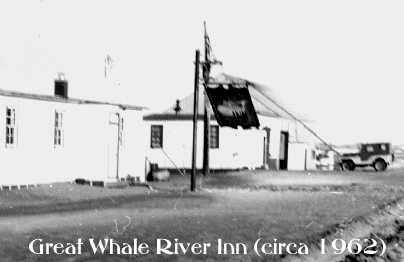 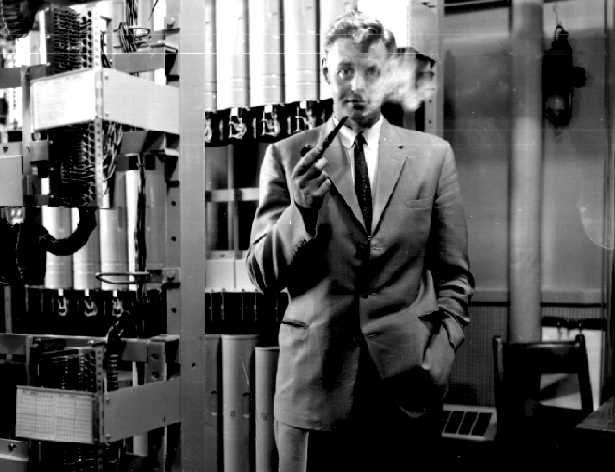 Jim Collins at work in the Telephone Exchange. 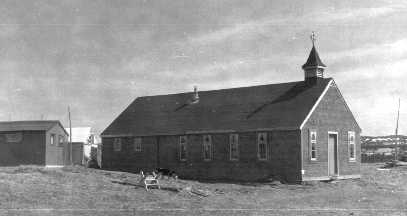 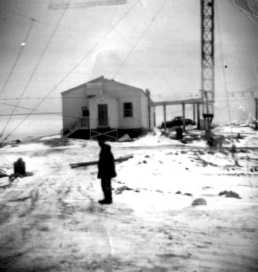 On site at Great Whale. 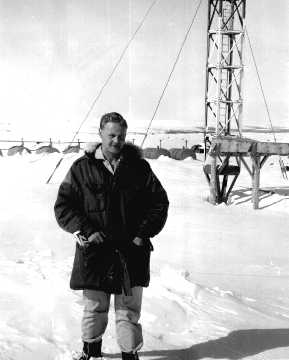 Jim Collins at a Doppler site. 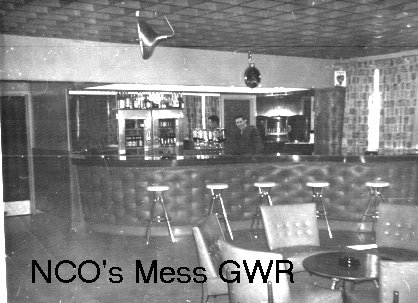 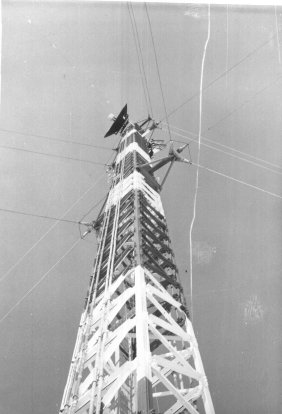 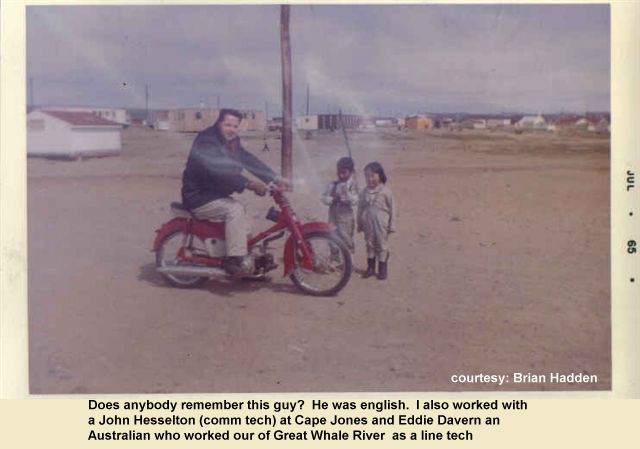 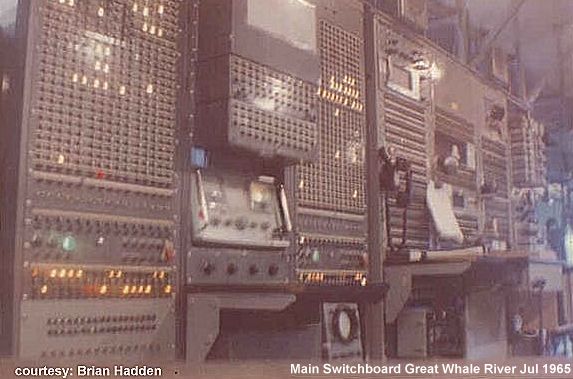 WANTED: Photos of Cape Jones when the site was operational. If you have any, or know where any can be found please contact Michel Cote. 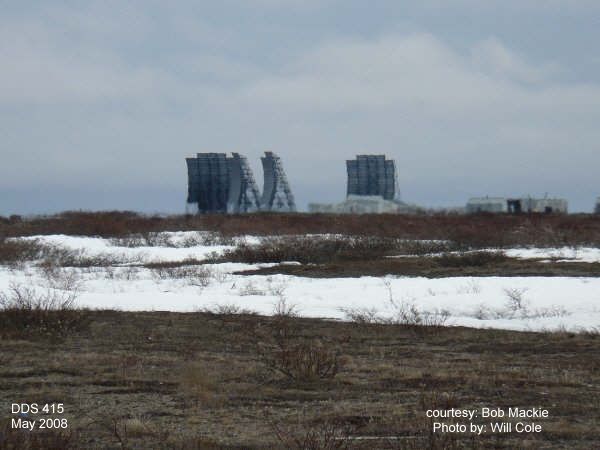 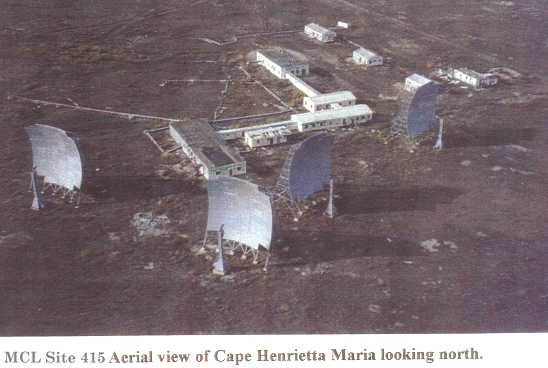 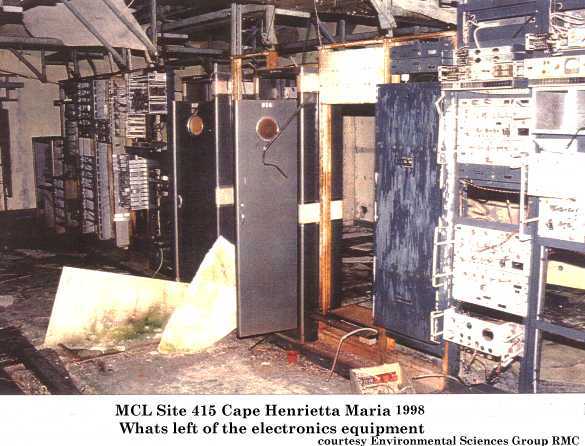 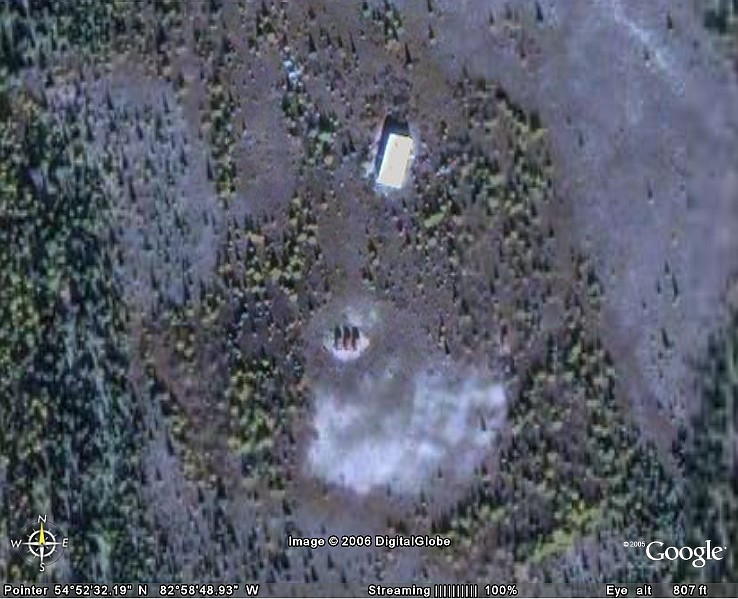 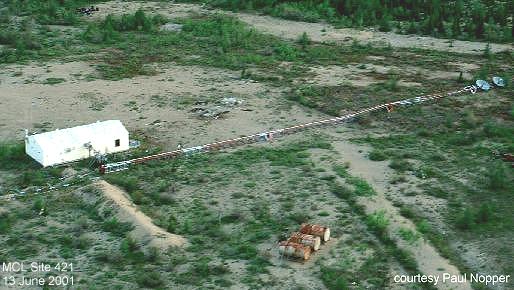 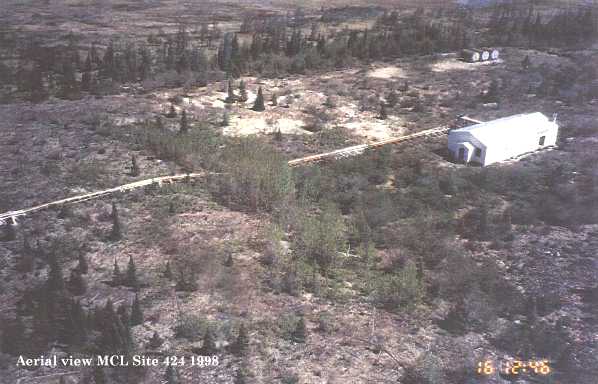 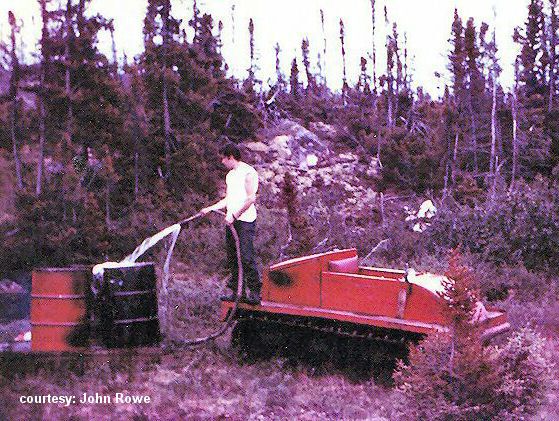 Collecting water from a creek at Site 403 May 1957. Courtesy John Rowe. 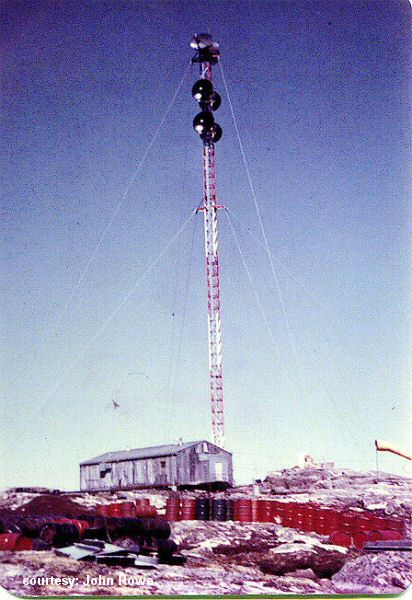 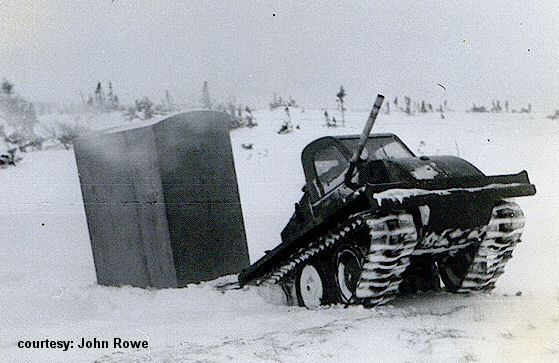 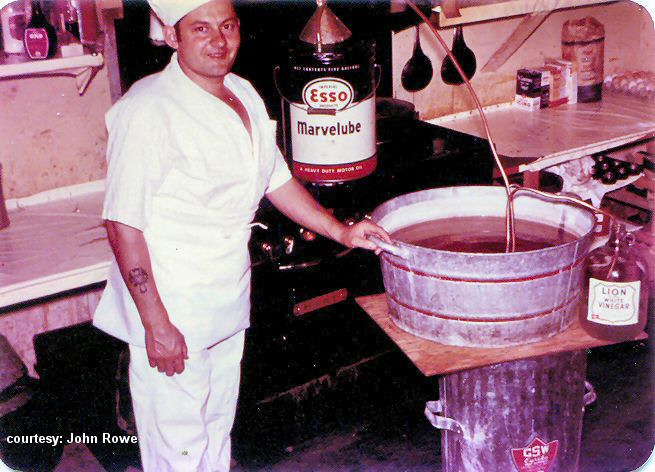 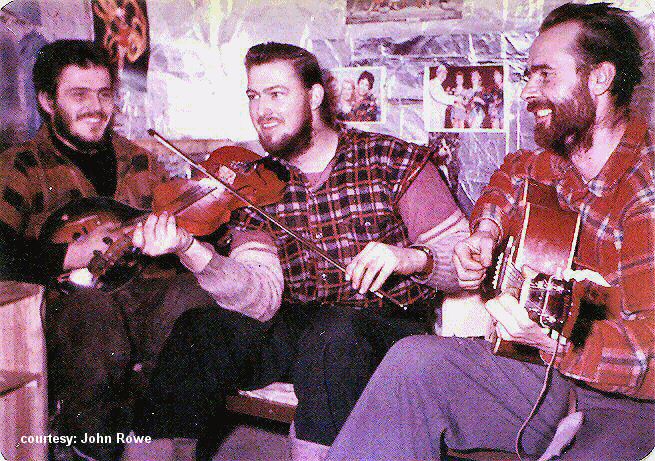 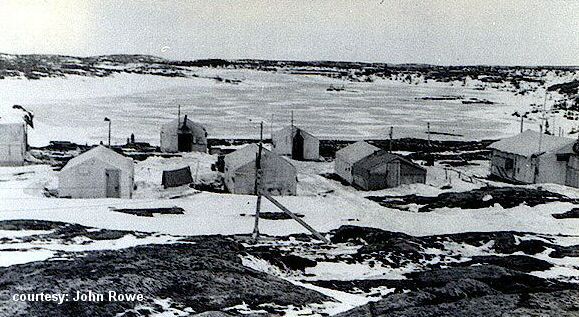 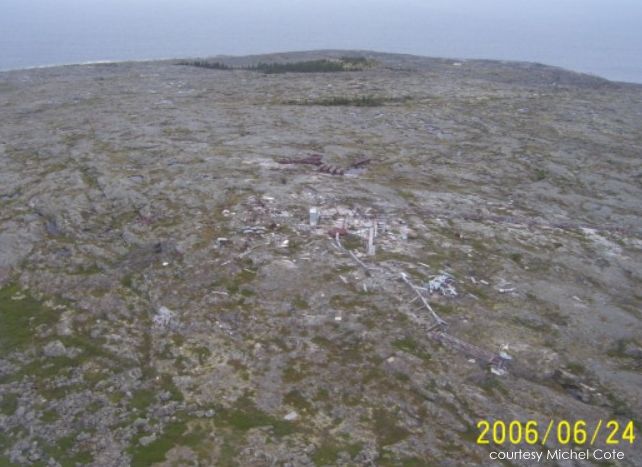