The Site – A Tribute
This site is, first and foremost, a tribute to all the men and women who served on the Distant Early Warning (DEW) and Mid-Canada (MCL) Radar lines, and to those who continue to serve on the North Warning System (NWS).

This site came about as the result of the passion of one extraordinary person, Larry Wilson. You can learn more about Larry in his Bio here. To many DEW and MCL veterans, this site is still referred to as “Larry’s Site.”

Near as I can tell, Larry started putting the HTML version of site together in the late 90’s when he was professionally involved in the planning phase of the North Warning System. He continued well into his retirement and until he became too ill to maintain the site any longer.

In January of 2018, Larry moved into the Perley and Rideau Veterans’ Health Center, a Long-term Care facility in Ottawa where he was receiving the care needed to help him manage his Parkinson’s and dementia.  Larry was an active participant in many of the activities the facility offers and still used his computer to keep up with his emails.

Sadly, Larry passed away on November 28, 2020 after long fight with Parkinson’s and Alzheimer diseases. The world has lost a true gentleman. He has left a hole in humanity that will never be filled.

As DEWLiners, and there are fewer and fewer of us left, we truly appreciate what Larry did for us. Without Larry’s efforts over many years, we’d be left with nothing other than our own fading memories.

This site is, and will always be, “Larry’s Site.”

Larry and I first connected around 2000 when I discover the site and shared some of my DEWLine stories with him. My passion was limited to the DEWLine and I documented my Arctic adventures here.

Although Larry and I chatted often and lived relatively close to one another, we never met until Larry called me one day and told me that he had to shut down the site due to his failing health. After a lot of discussion, and with much trepidation on his part, Larry agreed to turn his site over to me.

So while I now own the site and the contents, I consider myself the site’s “caretaker” and I maintain the site on behalf of, and for, Larry. 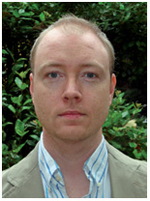 As the son of a DEWLiner, I thought I’d offer my services to keep this unique project going for Larry, Brian, and my Dad Paul Kelley, the aforementioned DEWLiner who has contributed his own stories and plenty of work to the site.

In my recent previous life, I was a research scientist at Imperial College London. I did that for the last 20 years; most of it spent creating and maintaining a web server for protein structure prediction called Phyre for those interested.

Anyway, a few weeks ago I finally retired from all that and hoped I could put my web skills to some good use. Dad put me in contact with Brian and I shall be ‘waiting in the wings’ to help out and keep the site going for a long time to come.

Your Support is Appreciated.
While maintaining this site is a labour of love for me, it does cost money. If you would like to support this effort, please consider making a donation. You’d be surprised how few people do!