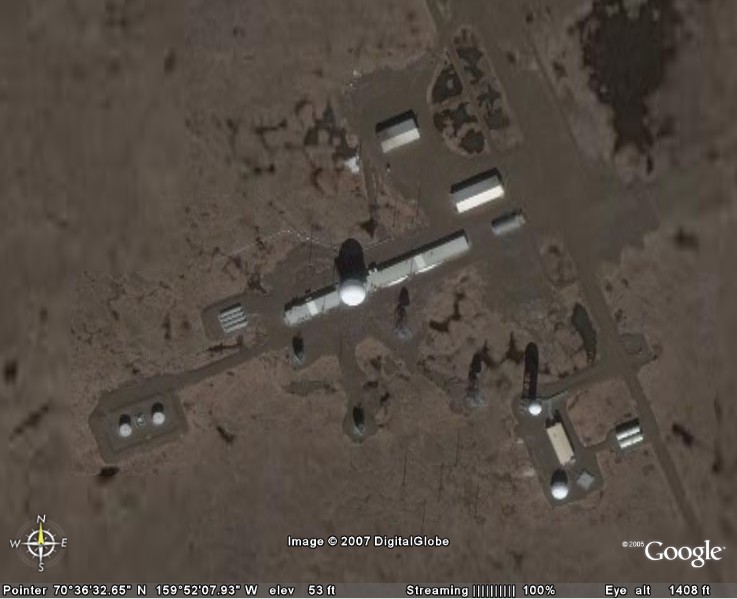 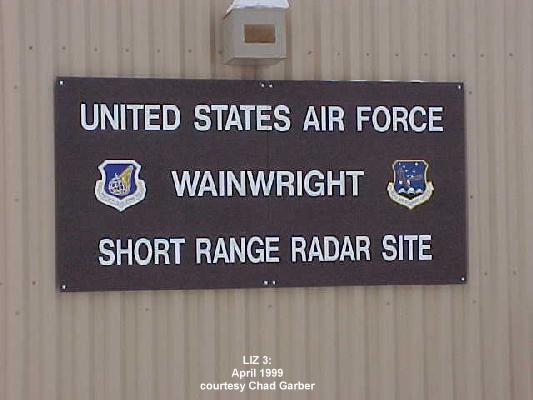 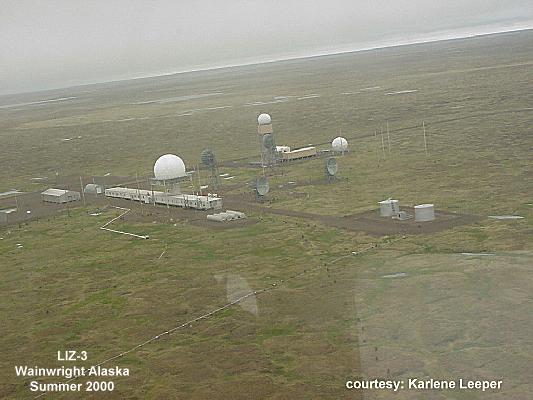 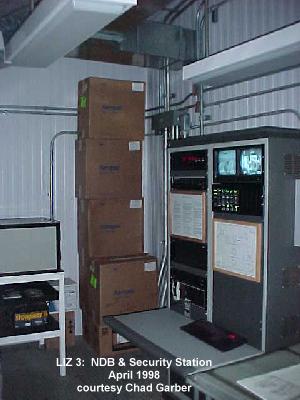 Thanks to Marie Patkotak for sending this aerial photo of the patch of tundra that used to be LIZ-3, near the village of Wainwright, AK. 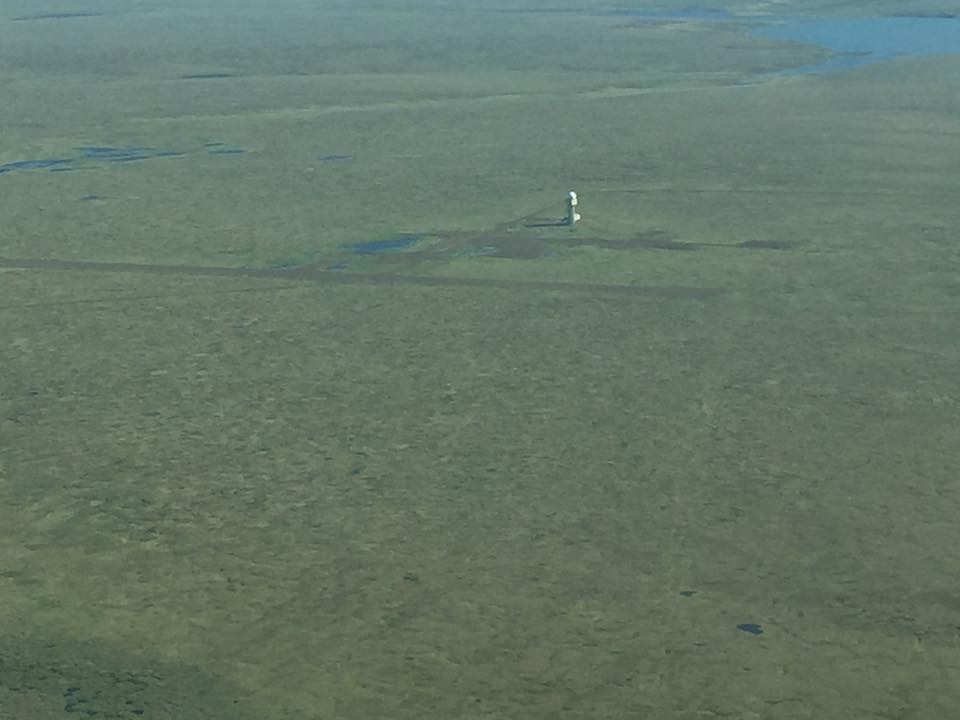 As you can see, there’s nothing left of the original site. You can see where the runway used to be.

The SRR (Short Range Radar) that was installed as a part of North Warning is evident but I’ve been told that it’s just the structure shell, i.e., all the radar equipment has been removed, the satcom radomes are gone, and the facility is dead.

LIZ-3, like many other original sites, now belongs to history.

The Closing of LIZ-3

Editor’s note.
I used LIZ-3 as the station in my fictional account of the Abandoning of a DEWLine Site and much of my background material came from Clive Beckmann. In response to my inquiry to him about what is must have been like to be at a site when it was shut down for the last time, here’s what Clive remembers.

Clive’s comments.
I was at Pow Main when a C-130 brought the entire station compliment in from Liz-3 following abandonment. Nearly all of them were long-timers at Liz-3—they considered it ‘home’. They got off the bus and seated themselves in the coffee shop which is where I had some conversation with them. It was strange. To a man, they all seemed to be in shock. No smiles, no laughter, and all displaying a vacant look in their eyes. A few hours before, they’d all been in their ‘home’ of many years, then were abruptly ripped out and unceremoniously dumped on a USAF C-130, never to see ‘home’ again. Although they all knew what had been coming, the suddenness of their departure was numbing. Their collective sadness was palpable, and my heart went out to them.

Pow-1 and Liz-3 were pickled before abandonment, i.e., over a period of weeks, things were done to protect the interiors/exteriors from temperature damage. Windows and doors were boarded up and site systems containing liquids were drained. The last items were, of course, the sewage treatment system, the lavatories, the kitchen and the power house, all done on the day of departure. In the case of the power house, as you know, the engine coolant was piped from modules 1 & 2, clear down to module 25, where it circulated through all the convectors as a heating source. This distribution system had to be completely purged and an anti-freeze solution flushed through the pipes. I don’t know the USAF rationale on the pickling process, but they were obviously concerned about preserving the building structures for use by third party entities in the future. That did happen at both sites.

Wayne Jonnason, former PHQ Civil Engineer during the 1980s, was literally the last man out of Liz-3/Pow-1 when they were shut down in 1987/88. He did the final walk-thru, then closed the last unsecured door behind him and nailed plywood over it.

LIZ-3, 2005 Photo Gallery
In 2005, George Patkotak made a 10-mile round trip on his snow machine, along with his trusty sidekick (see photo 1), to the closed LIZ-3 site and took these photos of the interior. Click photos to enlarge. 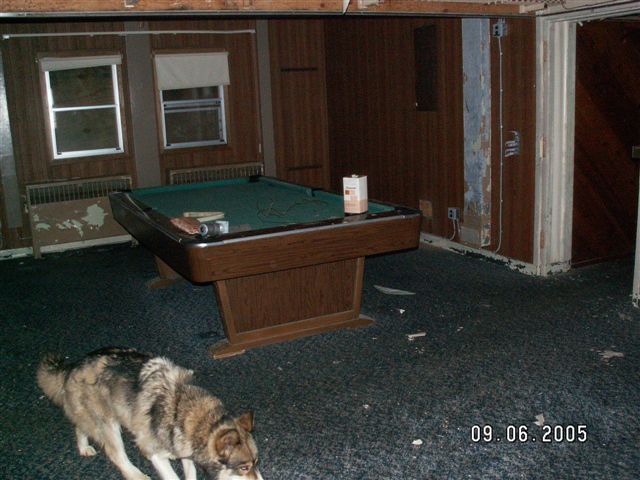 Module 16, the recreation module with pool table. Movies would have been shown in this area. Looking north. 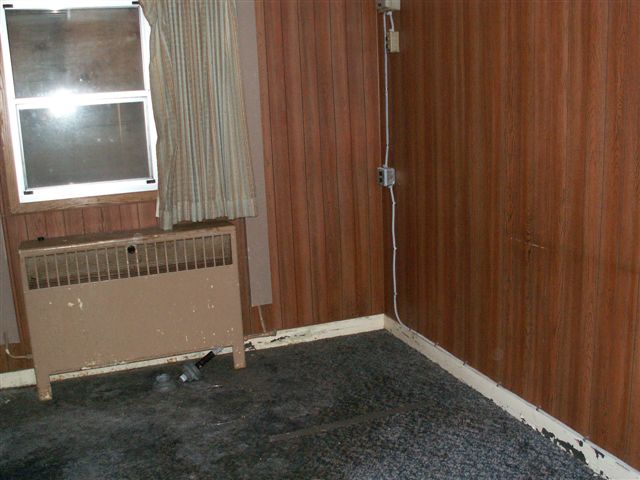 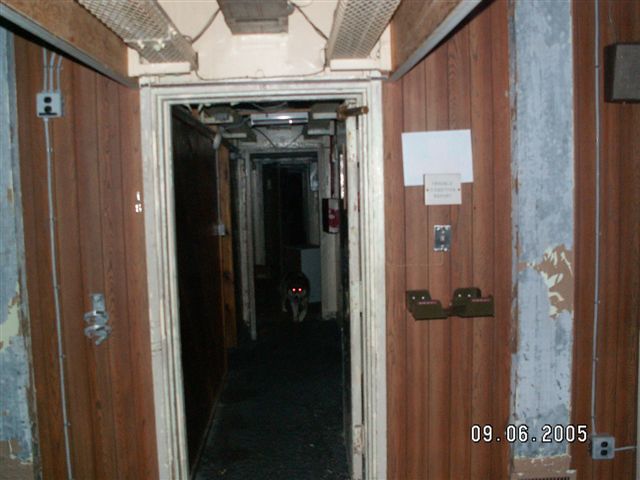 In module 16, looking towards module 17, the bar and library module. 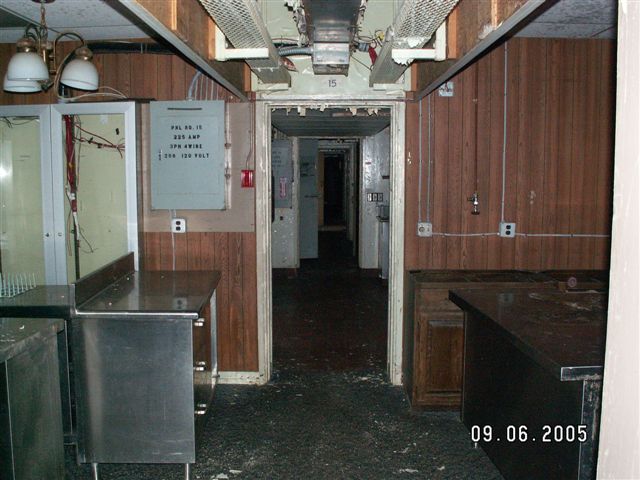 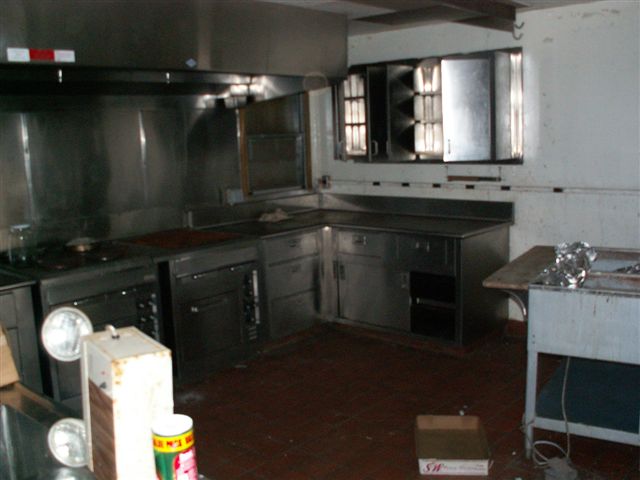 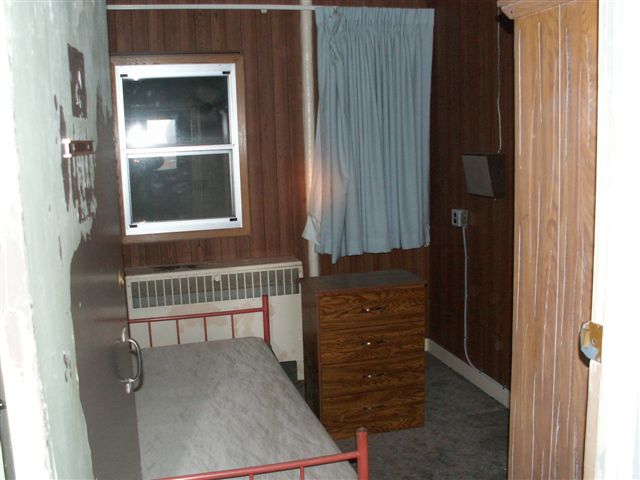 Typical single bedroom, looking in from the doorway. 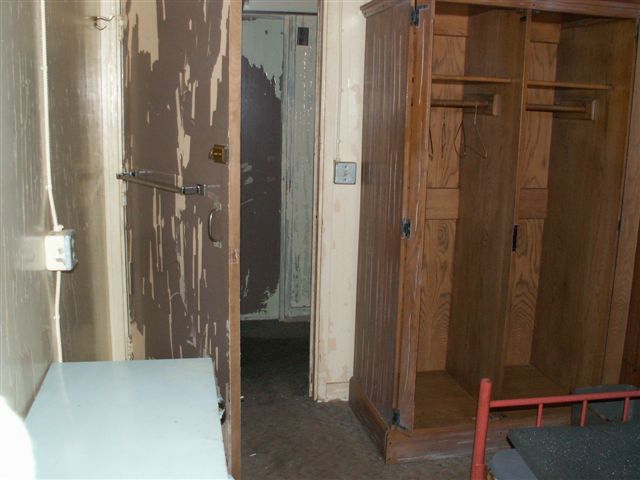 Typical single bedroom, looking out to the hallway. 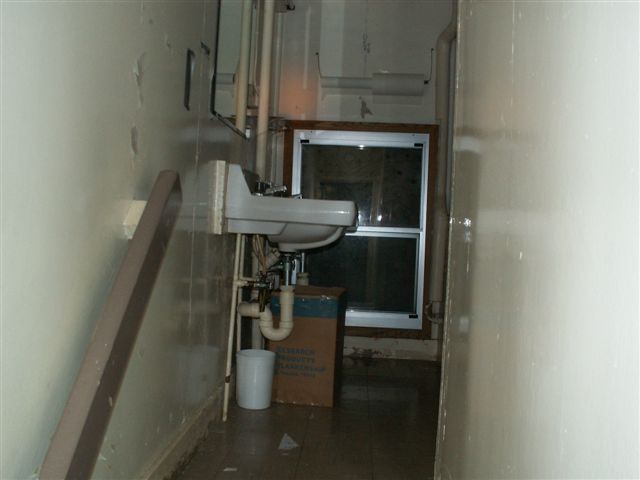 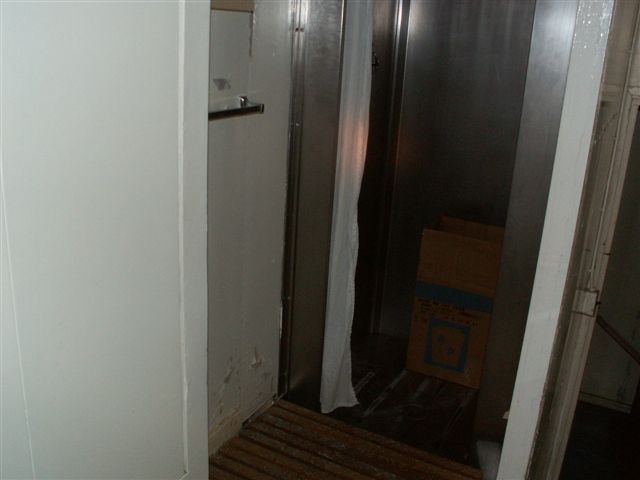 Inside bathroom #2 looking into the shower area. 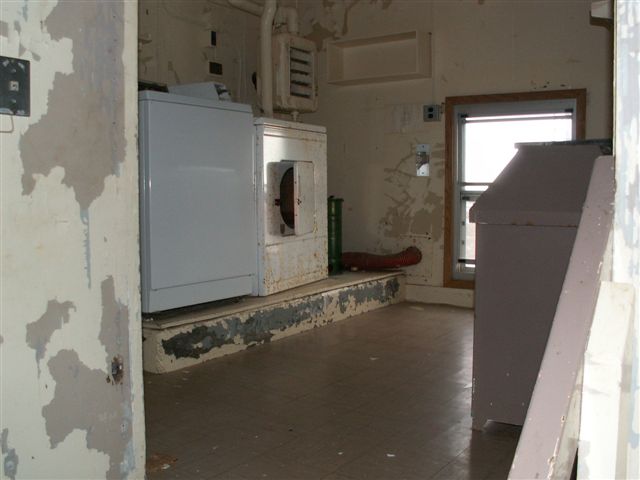 Module 20, looking into the laundry area. 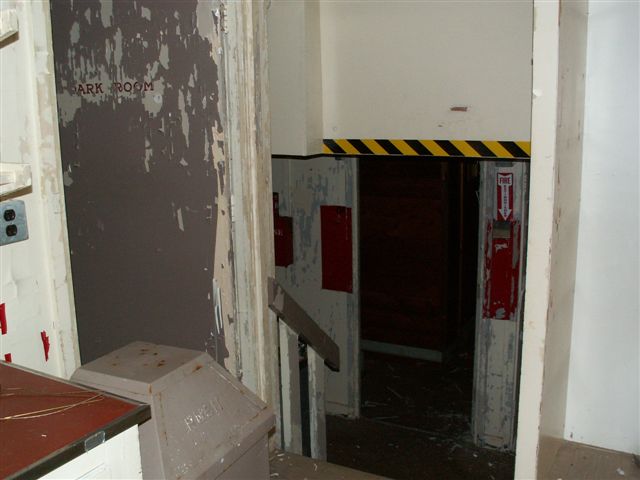 Module 20, looking out of the laundry area. The door to the photography darkroom is on the left. 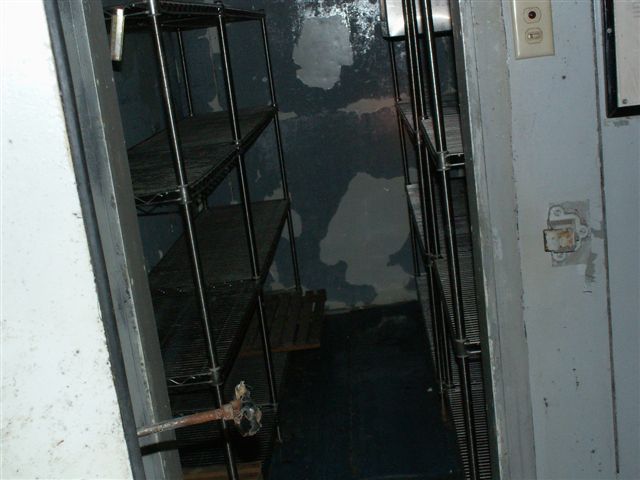 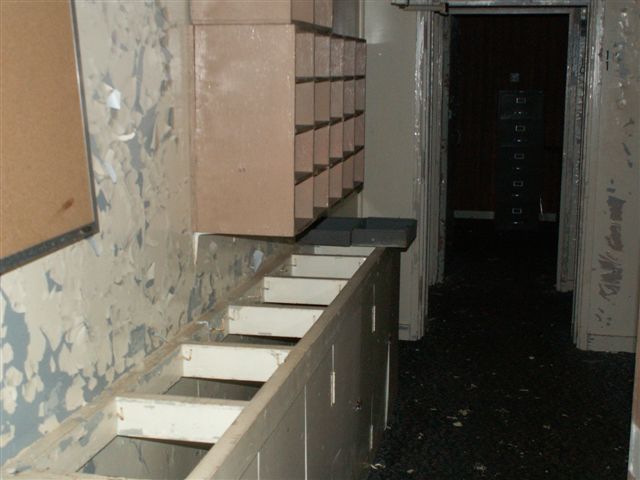 Module 11, one of the firebreak modules. Also served as the ‘mailroom’. Personnel pigeon holes above and outgoing mail sack bins below. 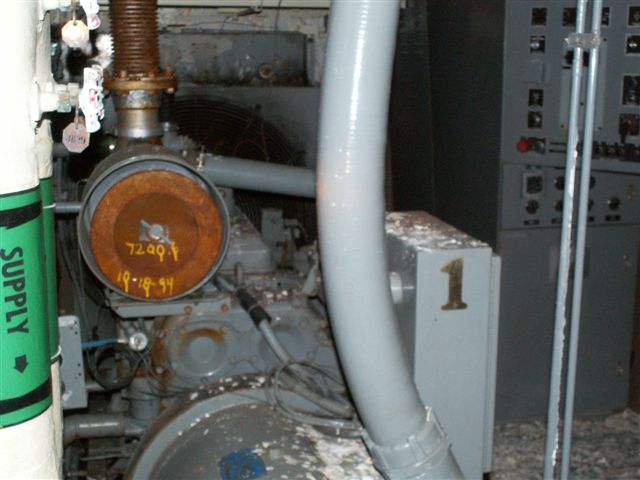 Module 4. One of the powerhouse modules. 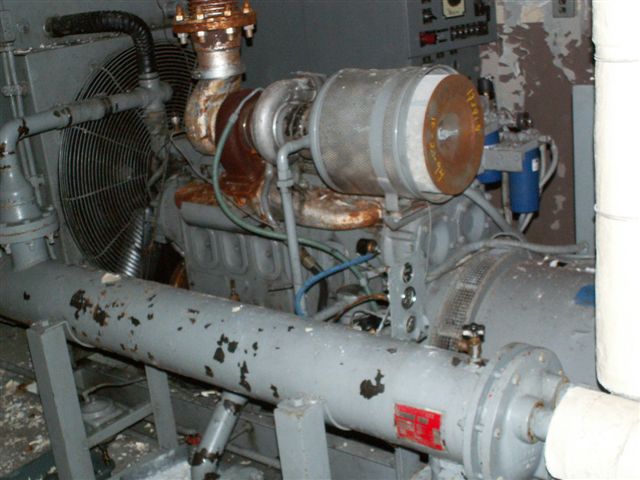 Another photo of the inside of a powerhouse module. 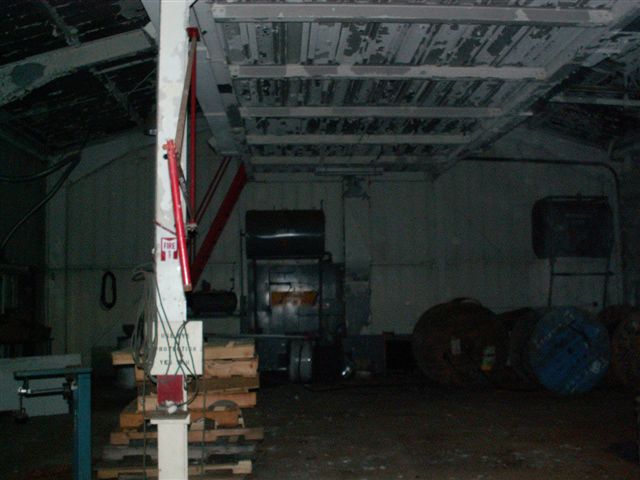 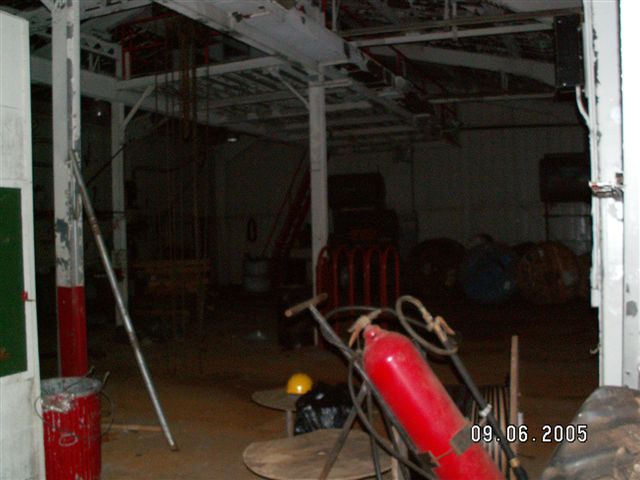 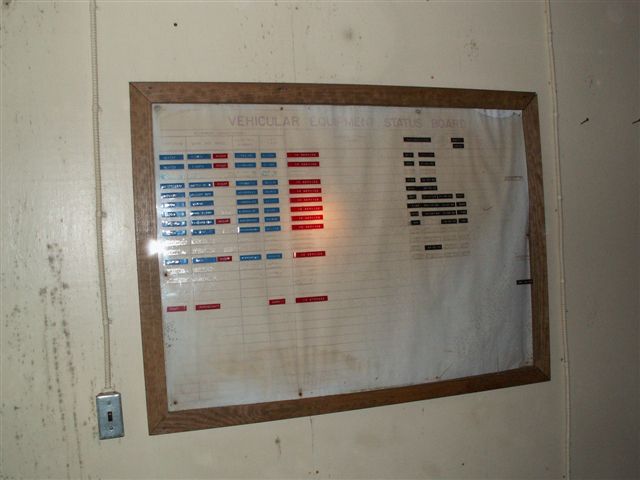 Vehicle status board in the mechanic’s office. 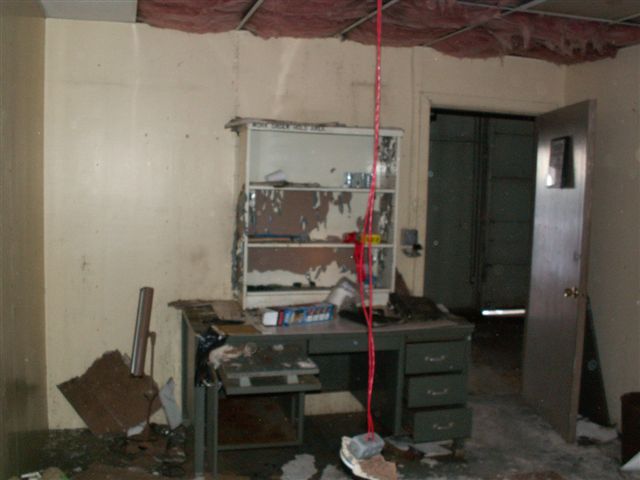 Construction Era Photos for LIZ-3.
The picture below was selected from the extensive collection of Markham Cheever, the DEWLine’s Superintendent of Construction from 1953 to 1957, before the Line went operational. (Click on picture to enlarge.) 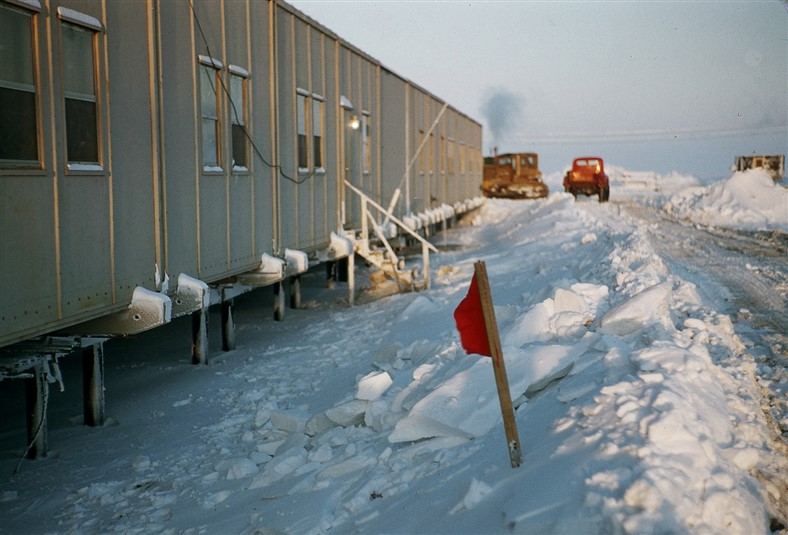 The module trains were erected on pilings to avoid the heat from the building melting the permafrost. March 1955.