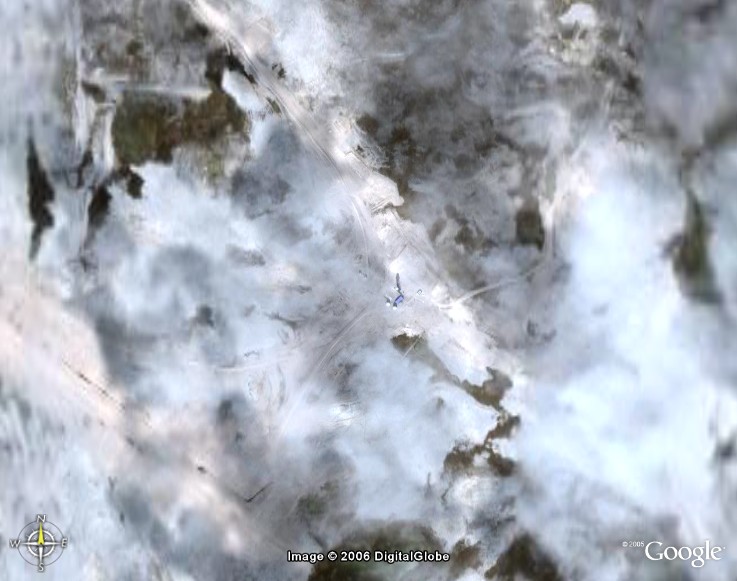 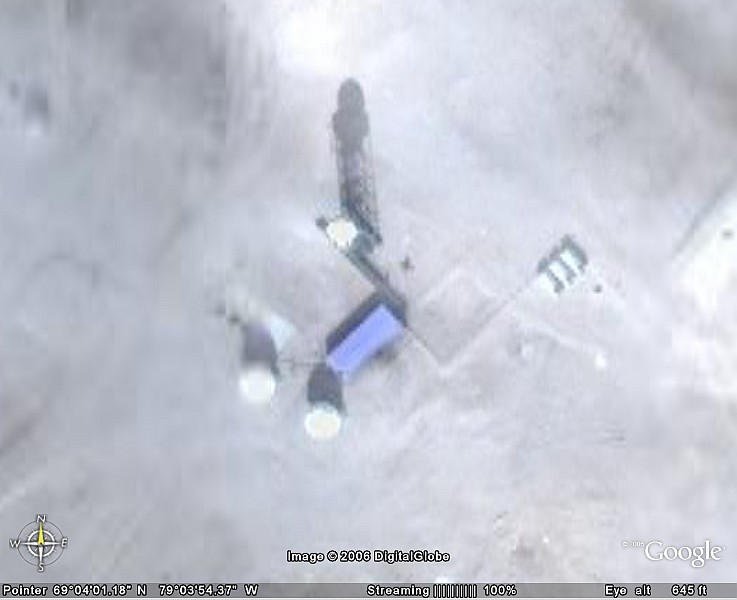 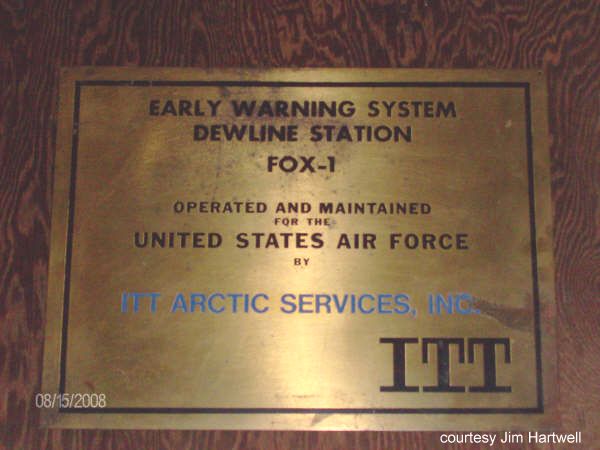 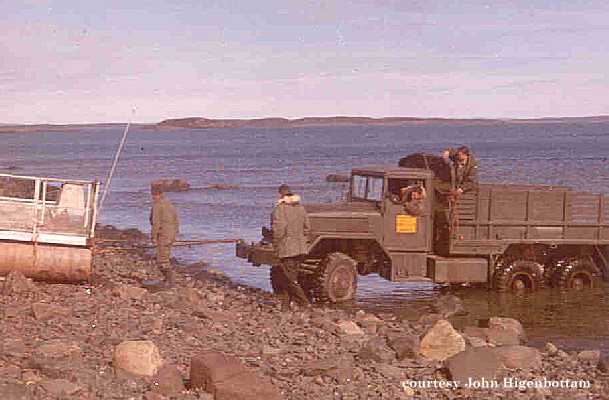 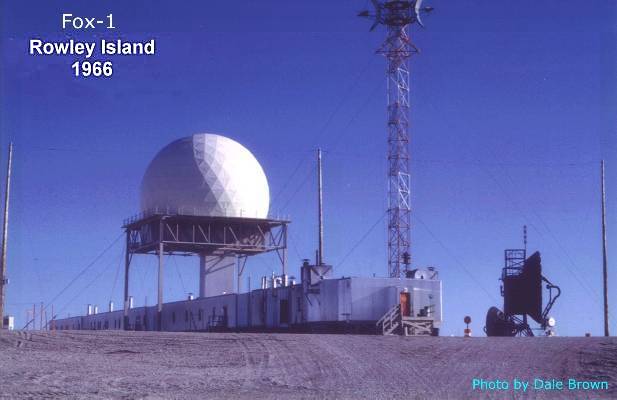 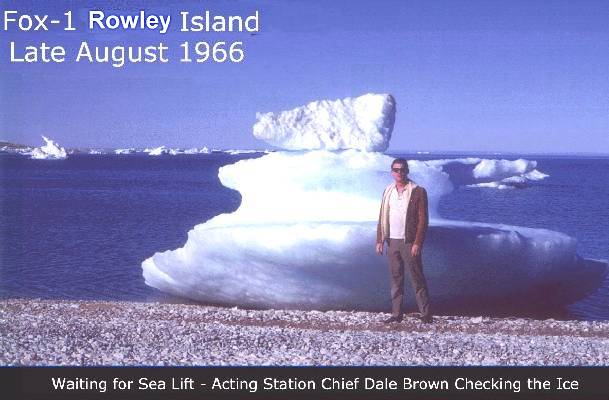 Construction Era Photos for FOX-1.
The pictures below were selected from the extensive collection of Markham Cheever, the DEWLine’s Superintendent of Construction from 1953 to 1957, before the Line went operational. (Click on picture to enlarge.) 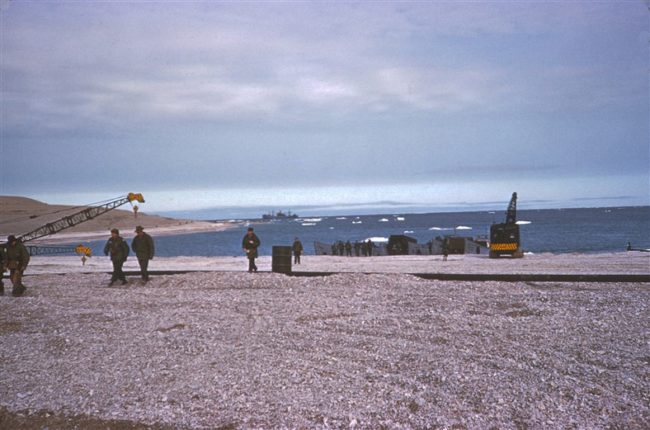 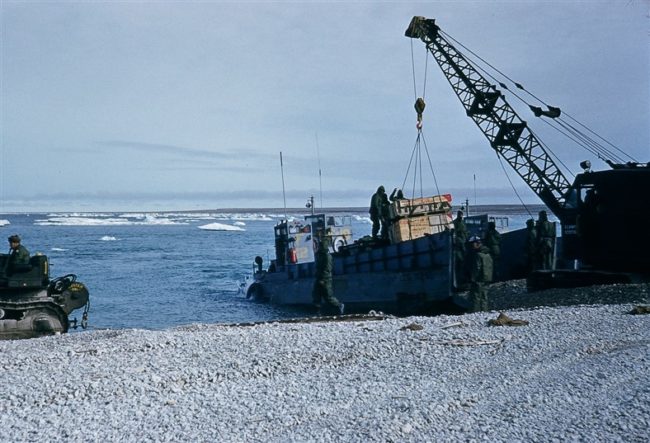 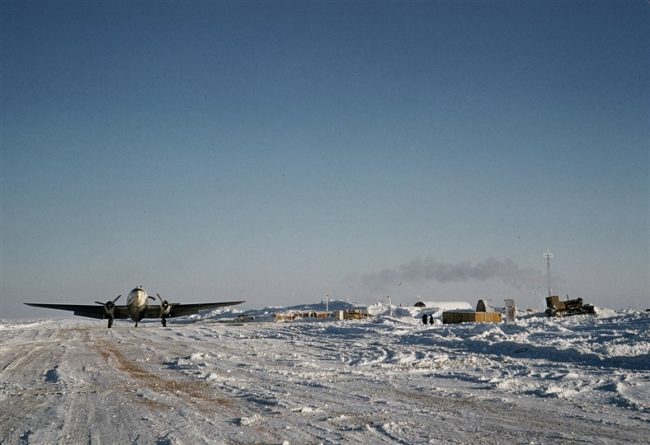 Unloading construction material from a C-46 on the old airstrip. March 1956. 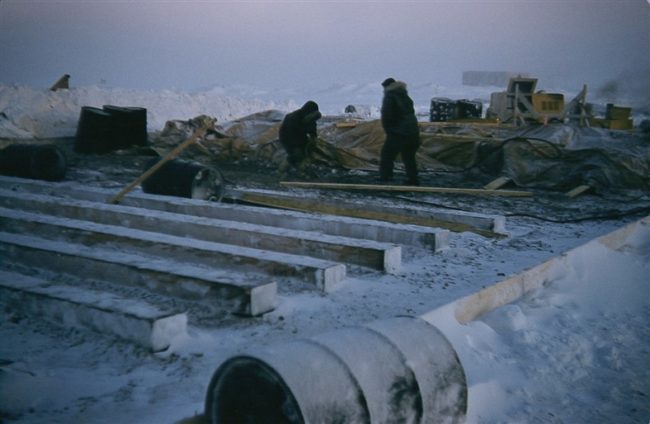 Laying the foundation sills for the module train. Nov 1955. 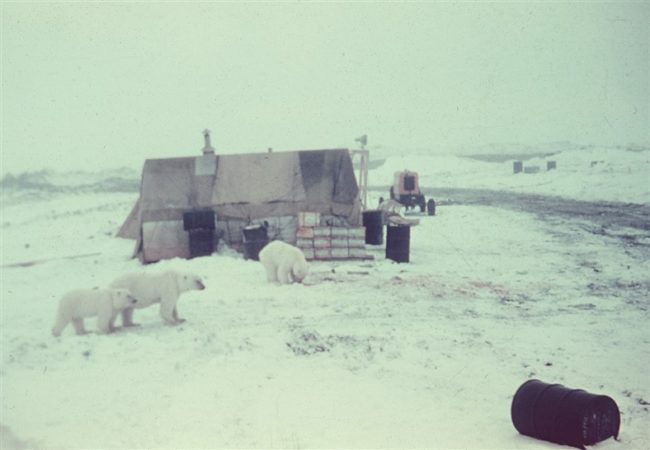 Polar bears foraging for food around the living quarters. Sept 1955. 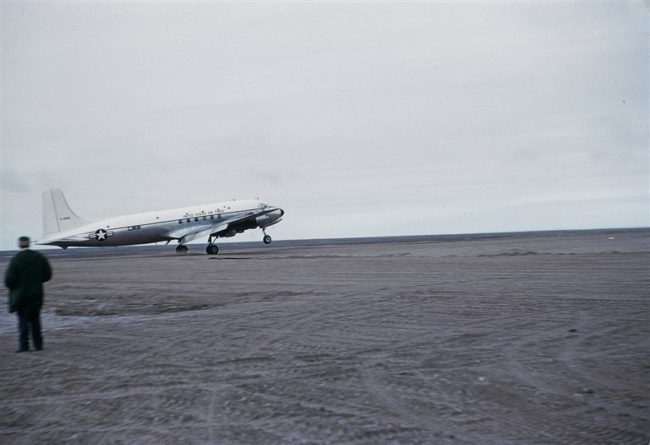 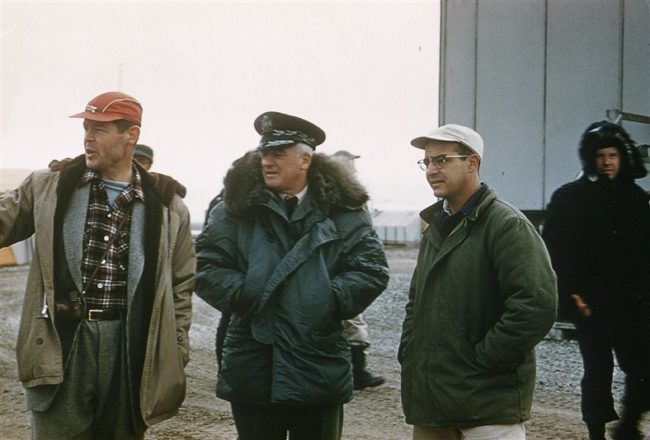 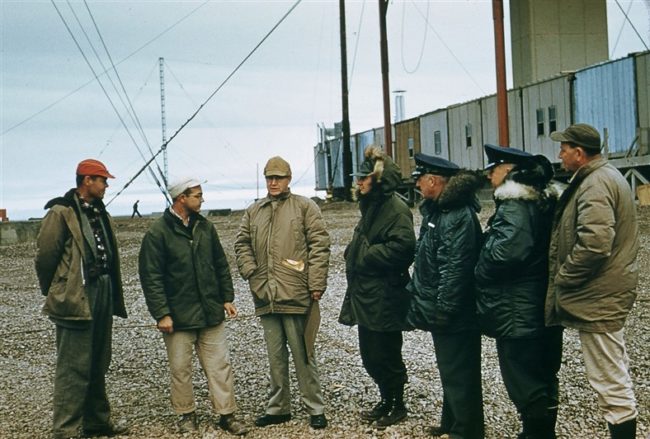 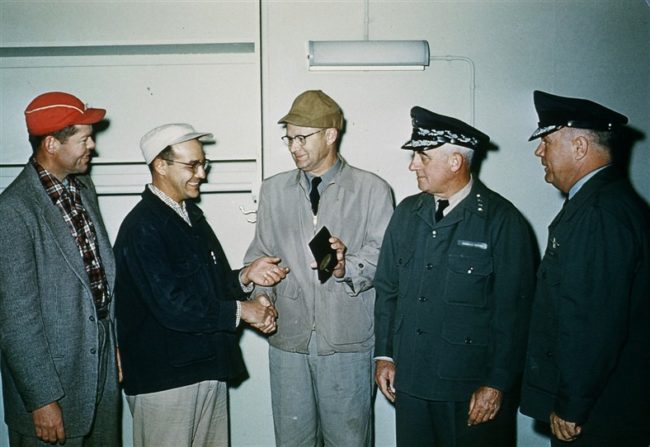