POW-3 is listed as ‘DEW Operations ceased Apr 1995’. Ref ‘Surestop Tropo Upgrades’, FOX-1 was closed and the FRC-102 equipment was shipped to Alaska to upgrade the BAR Main/POW-2 link, thereby allowing the closure of POW-3. This happened in 1971. The new link became operational in 1972, so POW-3 ceased DEW Operations shortly prior to then. I don’t remember the month but I was stationed at POW Main at the time and recall the switch. 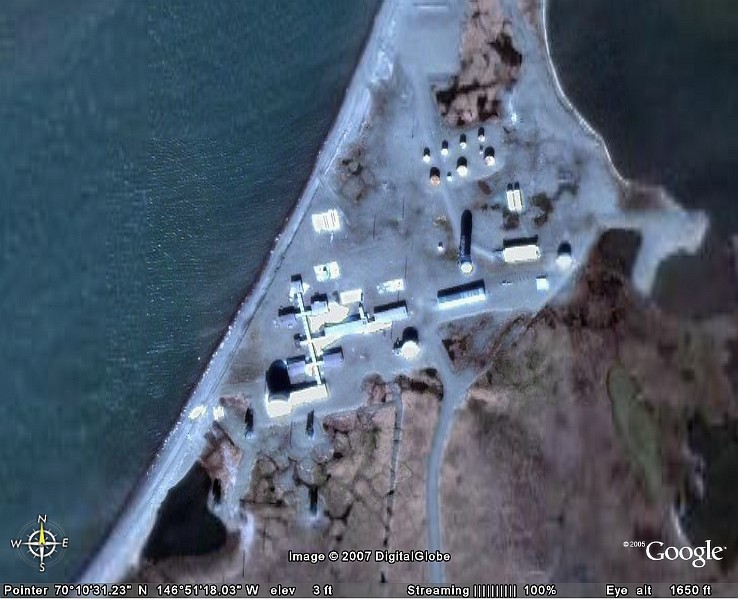 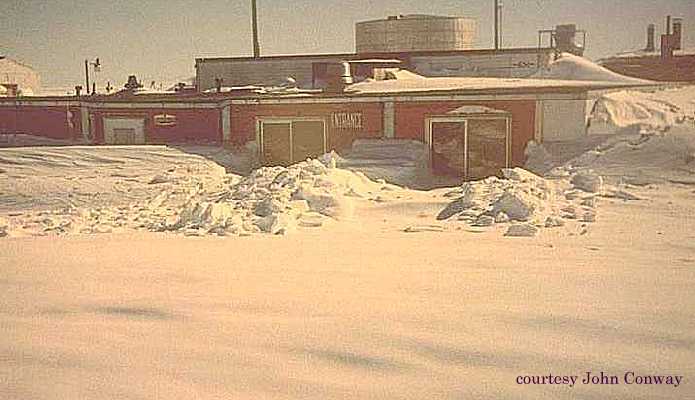 Our temporary construction camp at Bullen, old Dew site in background. Photo taken in the “spring” after we shoveled out the drifts a bit to get the camp fired back up for another construction season. Courtesy John Conway. 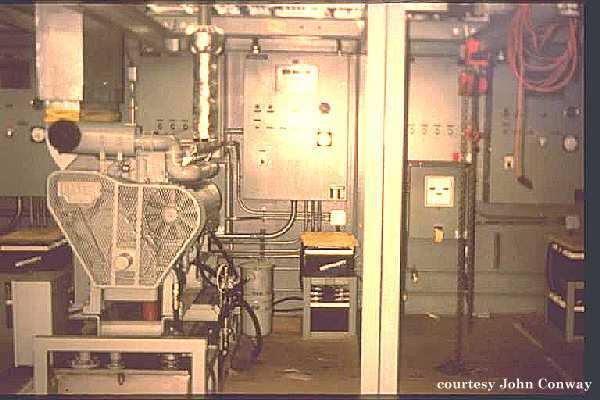 SRR Power Generation Sub-System for one of the sites. Lister air-cooled diesels. Mechron Energy did the PGSS install in Alaska too. Courtesy John Conway. 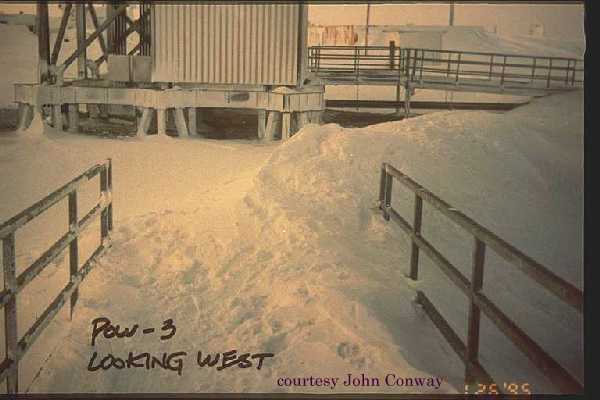 Base of the tower at Bullen. We had to fly in in 1995 to reset the SAT-Com gear after the sun transients blipped the link. Also someone had tried to break-in and the intrusion detection system had gone off. Mind you, it took three days to get there due to weather. Nobody made it inside, just rattled the door a bit. Courtesy John Conway. 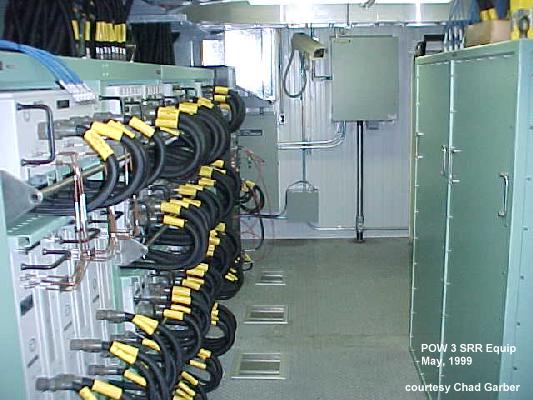 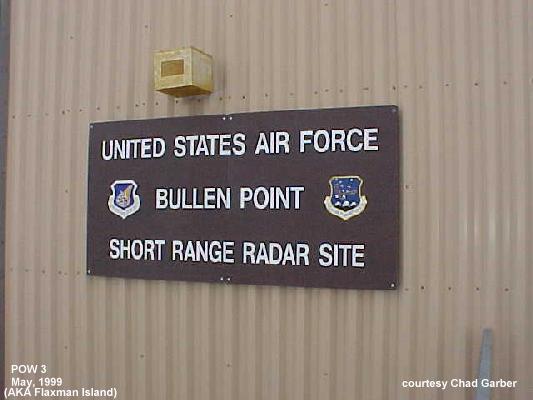 Construction Era Photos for POW-3.
The pictures below were selected from the extensive collection of Markham Cheever, the DEWLine’s Superintendent of Construction from 1953 to 1957, before the Line went operational. (Click on picture to enlarge.) 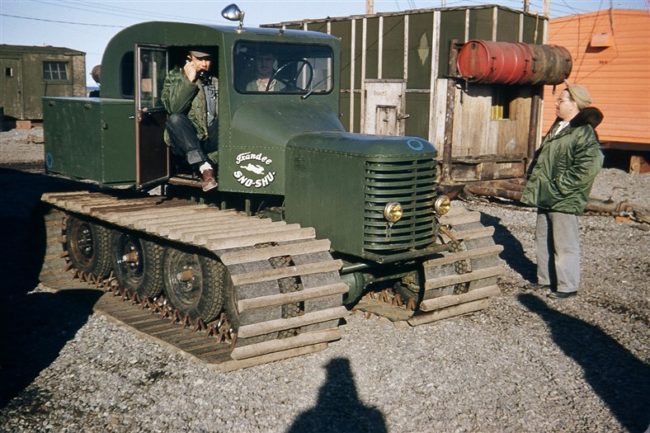 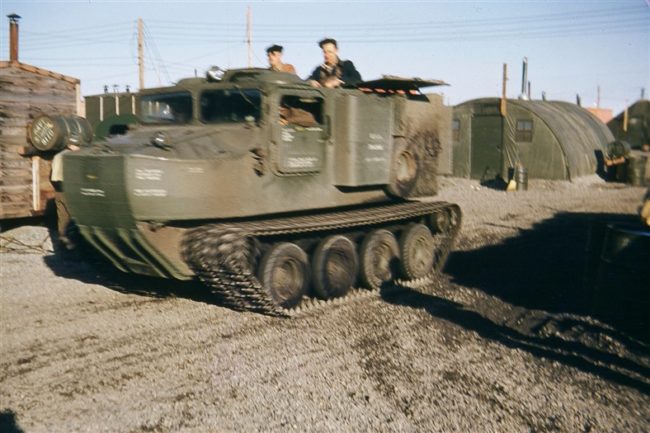 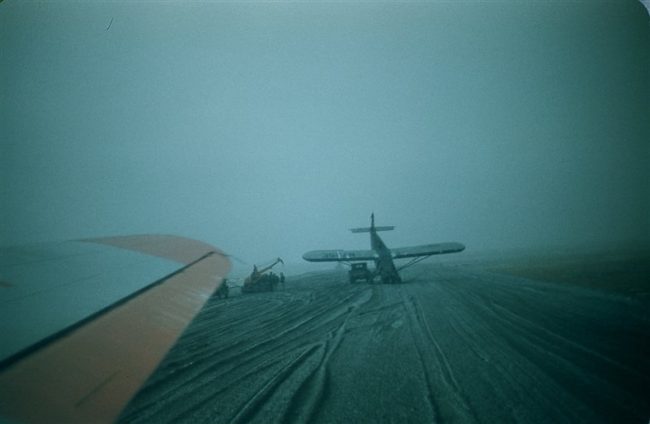 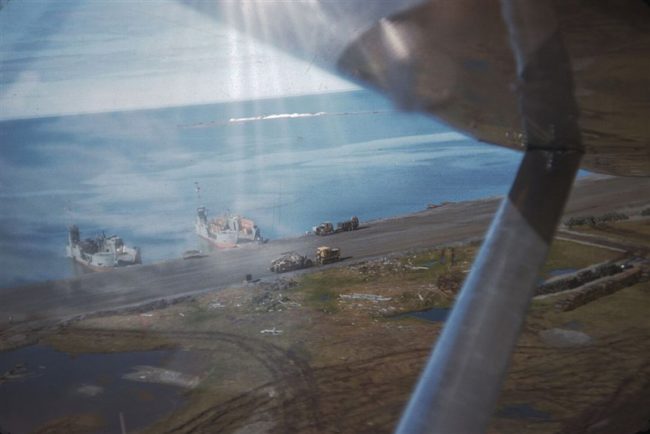 Early days. LCU’s beached at the side of the airstrip. Aug 1953. 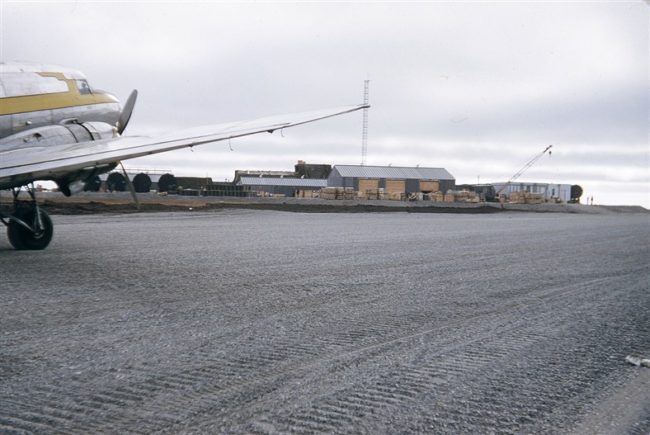 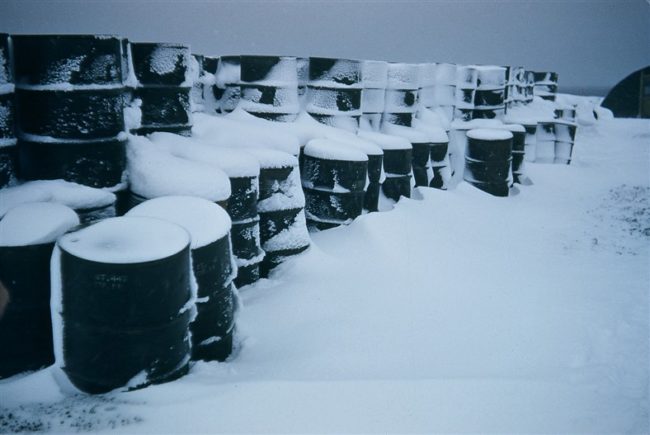 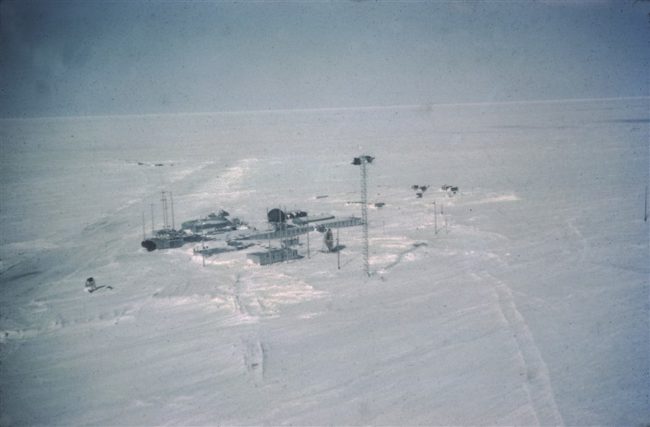 Aerial photo of the completed site. May 1955. 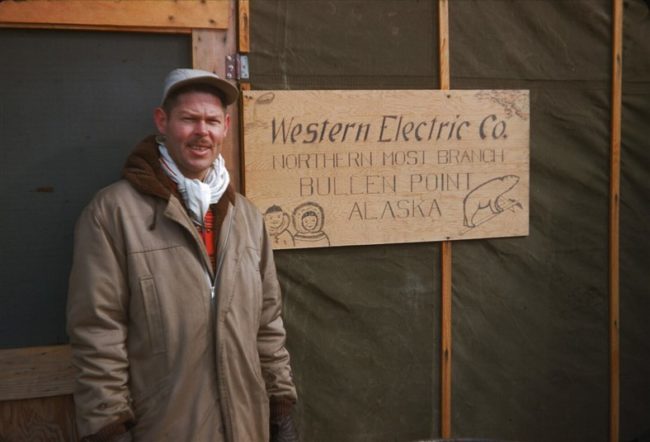 M. S. Cheever at the most northerly office of the Western Electric Company (WECO). Oct 1953. 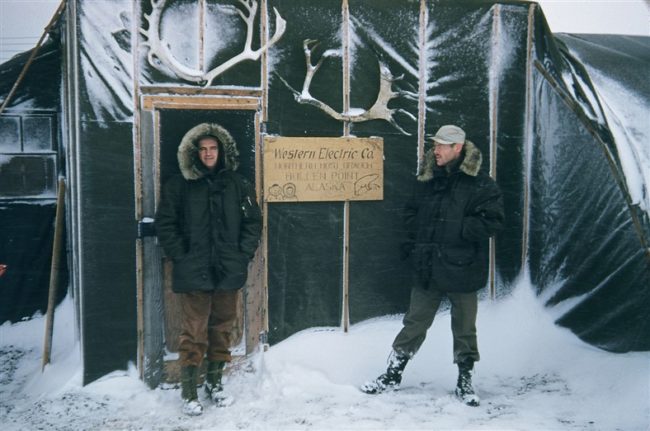 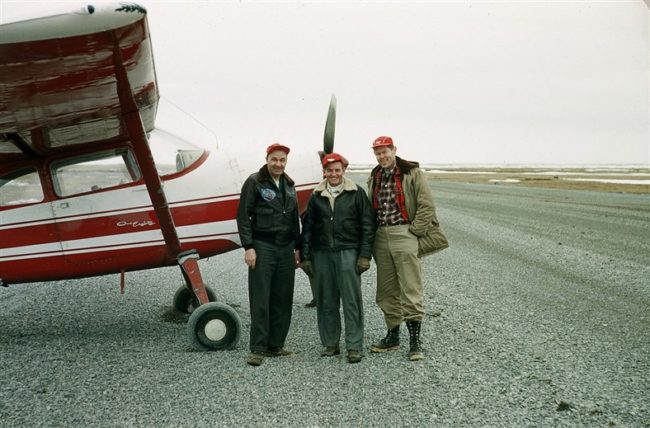 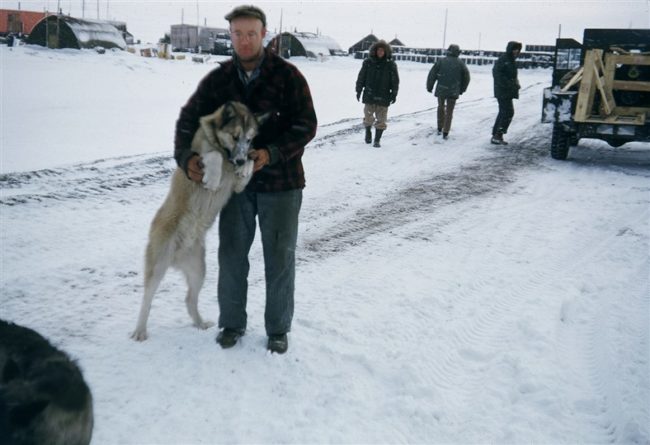 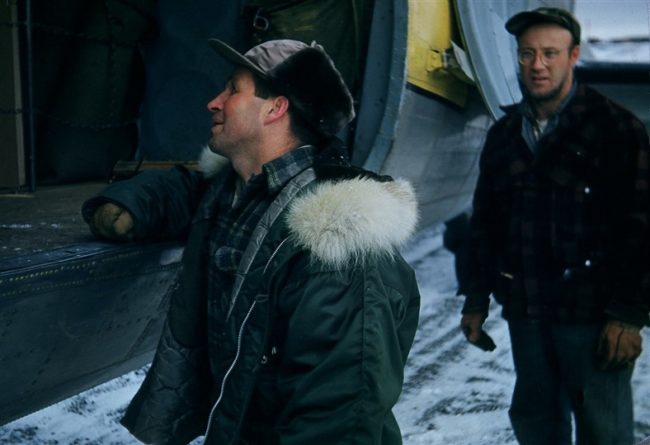 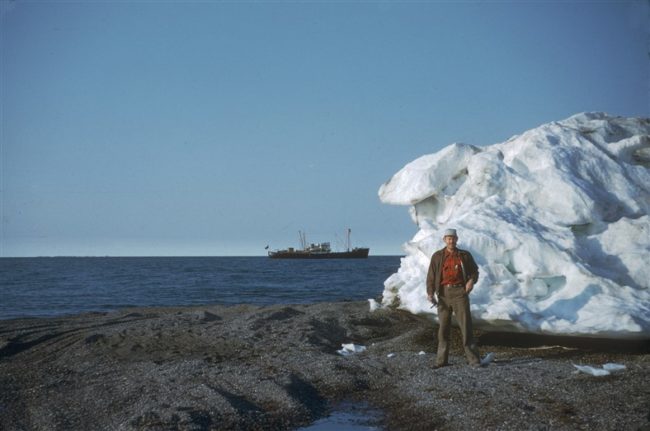