Like all the Intermediate sites (I-Sites), FOX-C was shut down and abandoned in 1963. Unfortunately, beyond the photos CF-HNG and the  abandoned site photos shown below, along with the  construction era photos at the bottom of this page, there are no pictures of FOX-C during its operational period of 1957-63.

As you will see from the photos, FOX-C was located at the peak of a 2700 foot hill and was serviced by helicopter from FOX-3. 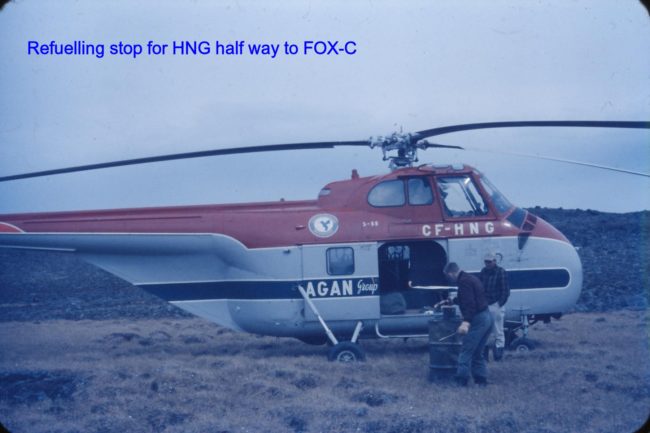 CF-HNG during a refuling stop half way to FOX-C from FOX-3. Summer of 1962. Courtest Brian (Simon) Jeffrey. 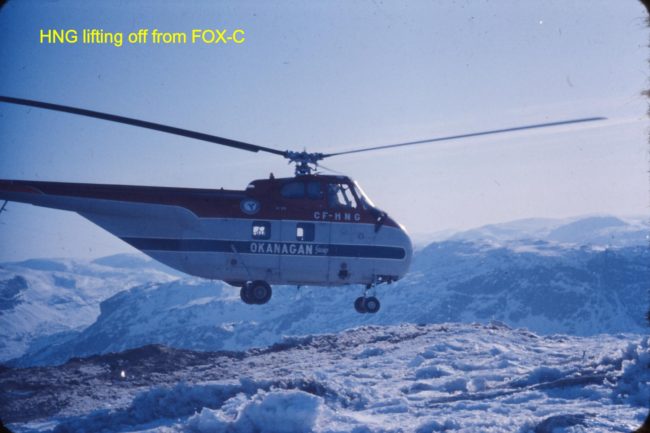 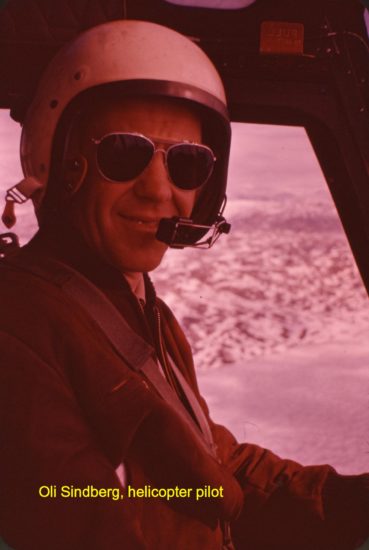 The following pictures are from the site’s pre-cleanup report, taken in August 2004. (Click on picture to enlarge.) 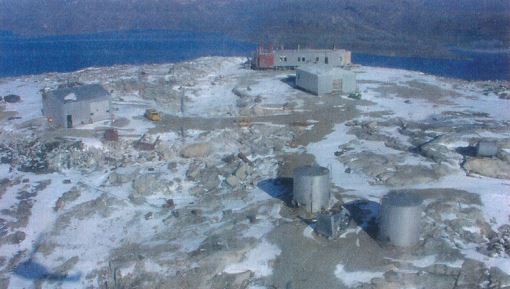 The abandoned site with the building open to the elements. Aug 2004. 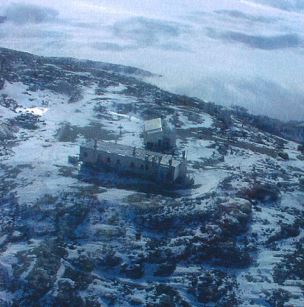 The abandoned module train that was FOX-C. Aug 2004. 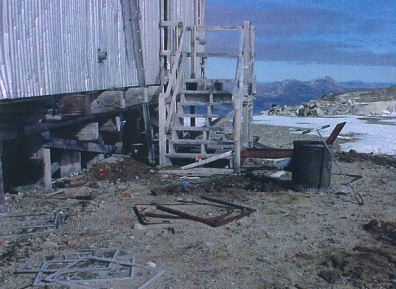 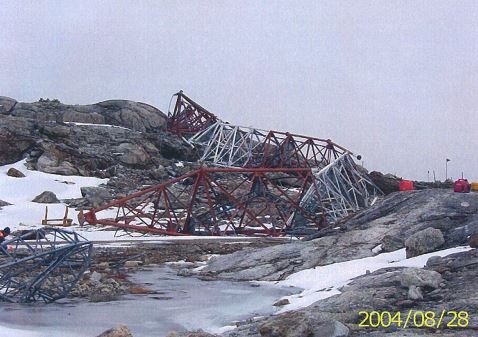 The antenna tower is now a twisted pile of metal. Aug 2004. 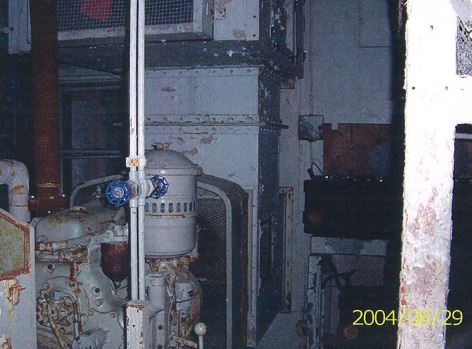 Inside the power module showing the abandoned generator. Aug 2004.

Construction Era Photos for FOX-C.
The pictures below were selected from the extensive collection of Markham Cheever, the DEWLine’s Superintendent of Construction from 1953 to 1957, before the Line went operational. (Click on picture to enlarge.) 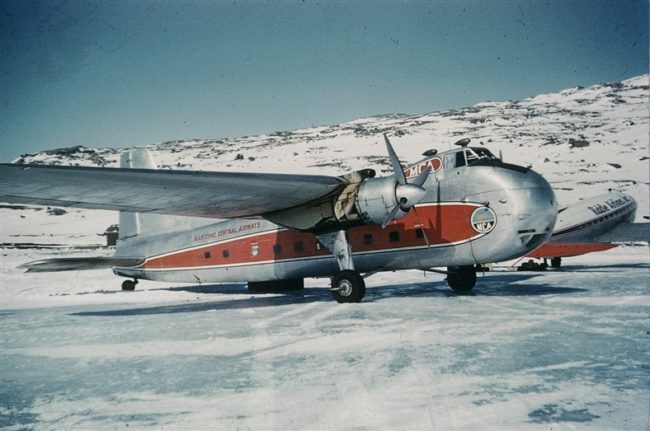 A Maritime Central Airway (MCA) Bristol Freighter on the ice strip at the base of the hill where FOX-C will ultimately be built. May 1955. 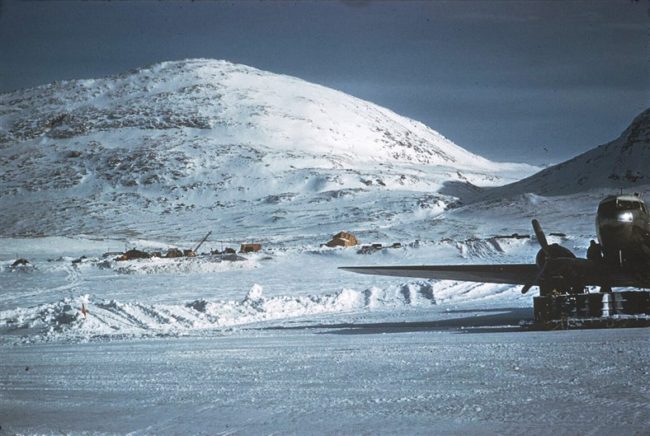 View from the airstrip of the 2700′ hill where the station would ultimately be constructed. Mar 1956. 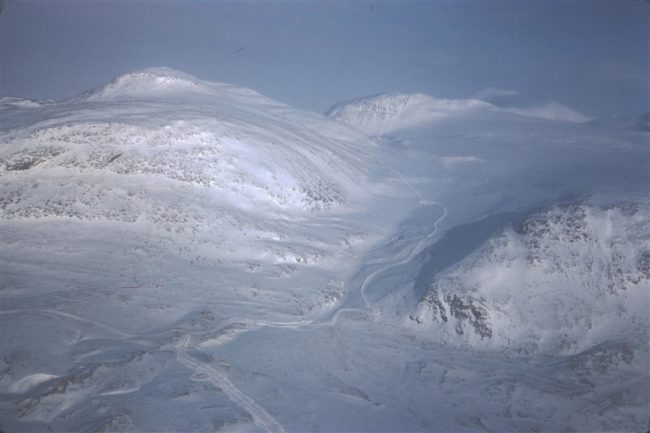 Aerial photo showing the winding road from the airstrip up the hill to the site’s location. May 1956. 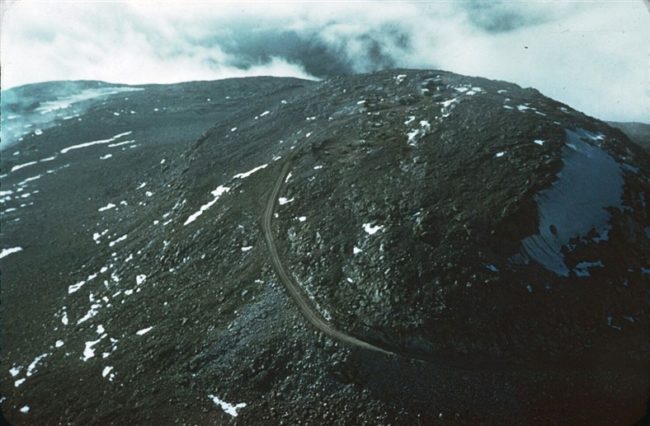 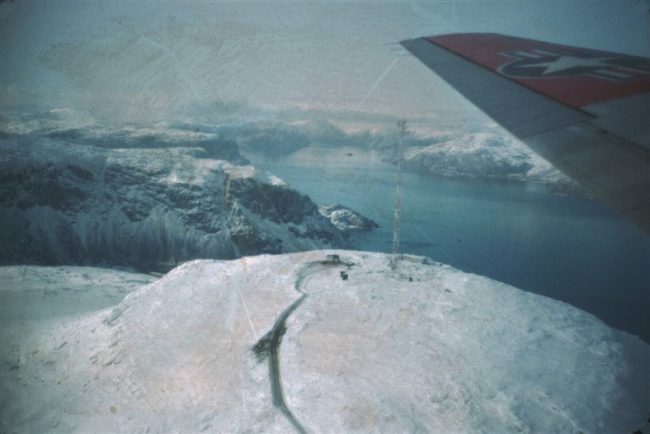 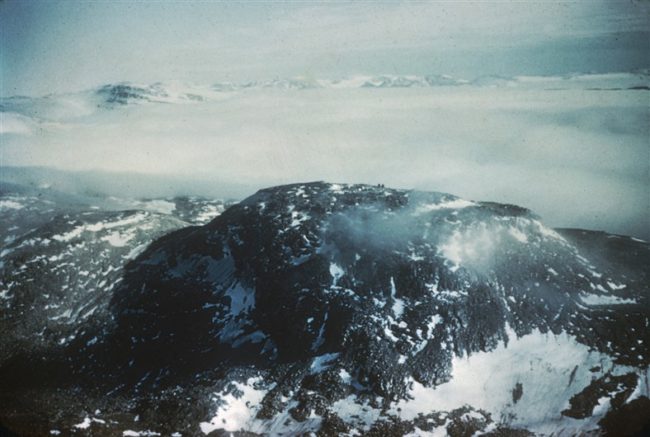 You can just barely see the building on the top of the hill. Aug 1956. 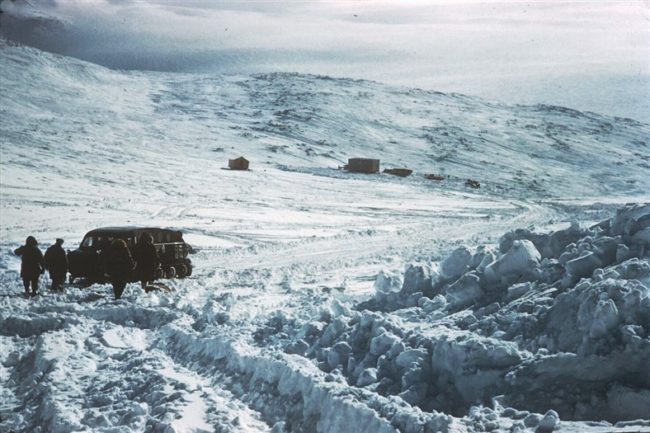 Upper camp and staging area for moving supplies from the airstrip to the site location. Mar 1956. 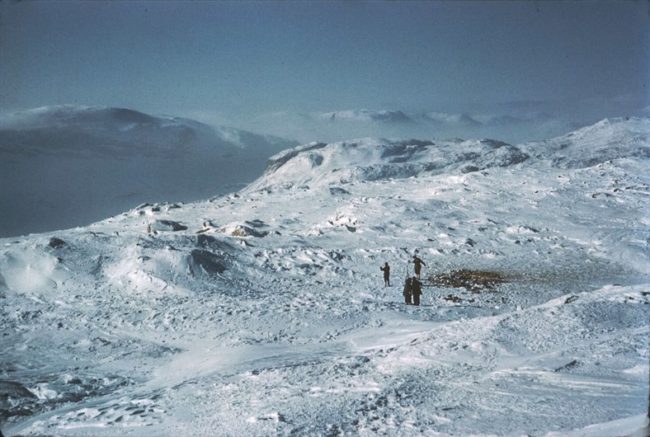 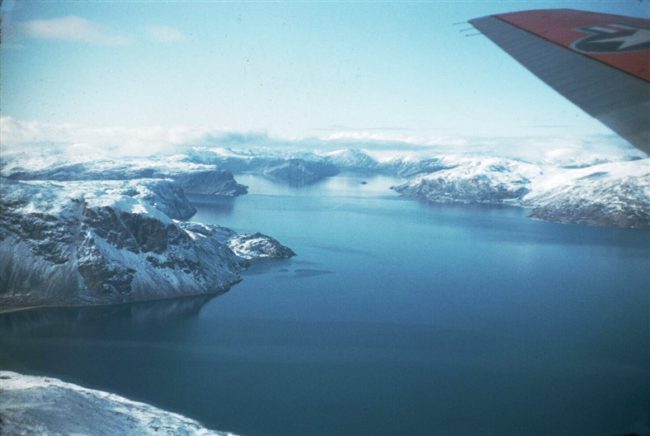 Ekalugad Fjord in the summer when it is open to the sea. Aug 1956.