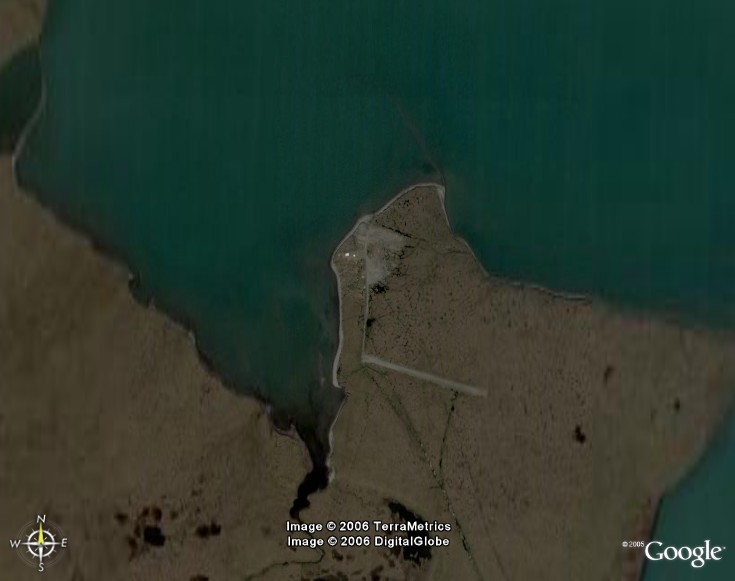 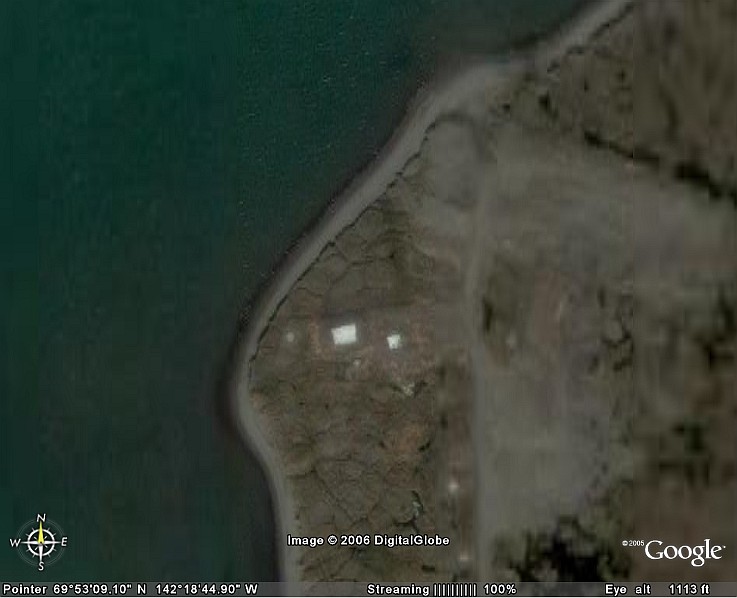 Like all the Intermediate sites (I-Sites), BAR-A was shut down and abandoned in 1963. Unfortunately, beyond the construction era photos at the bottom of this page, and photos of the abandoned site below, there are no pictures of BAR-A during its operational period of 1957-63.

Following 12 photos of the now abandoned site are courtesy of Stephen Parker. 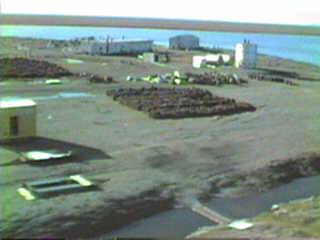 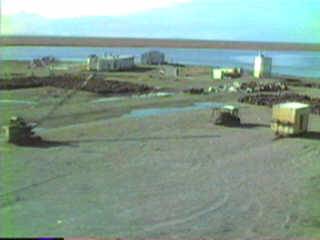 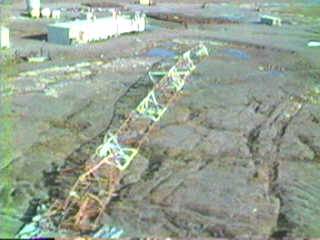 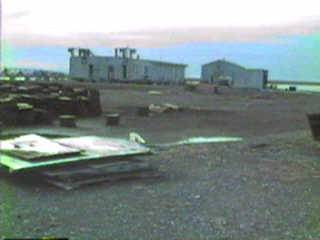 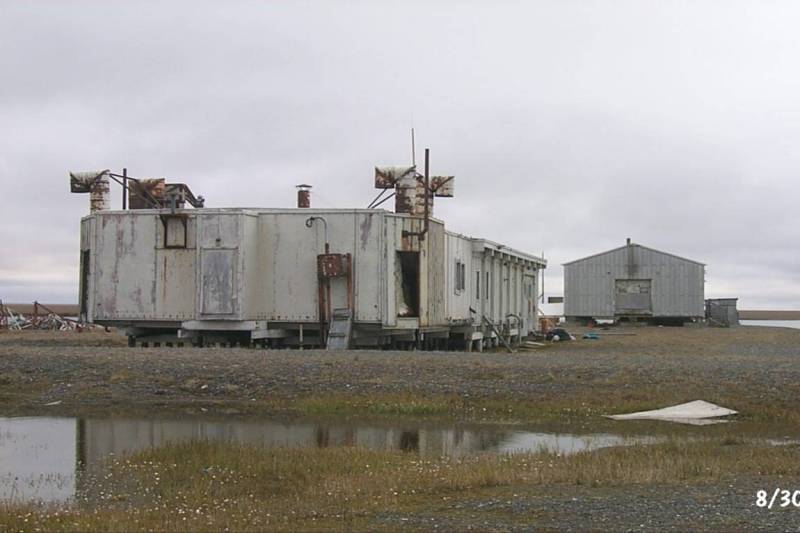 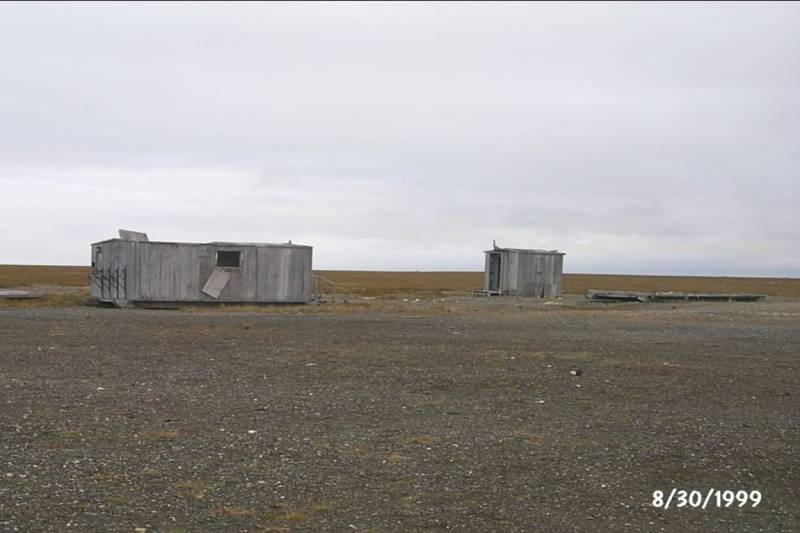 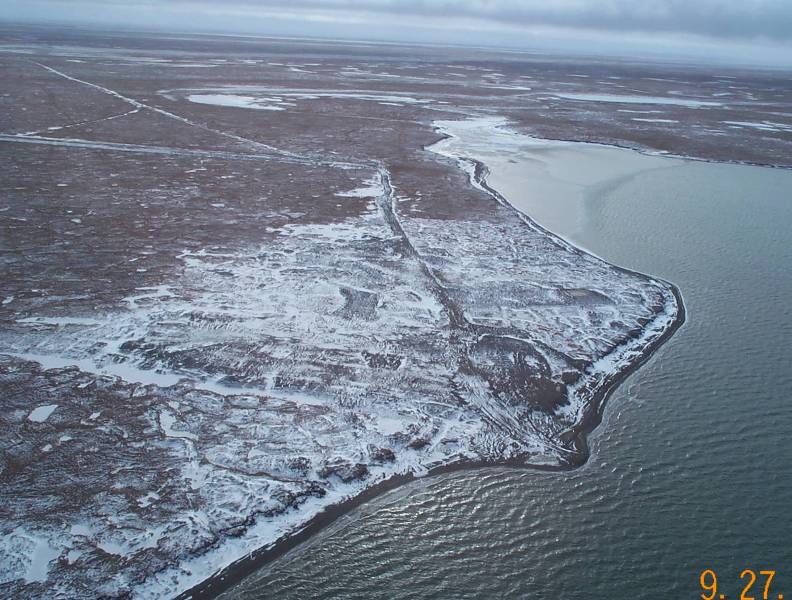 Unknown Site
Located at Gordon Alaska on eastern side of Demarcation Bay. 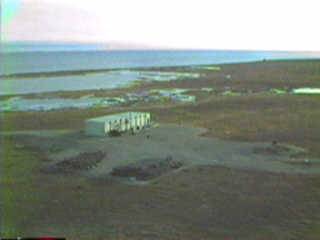 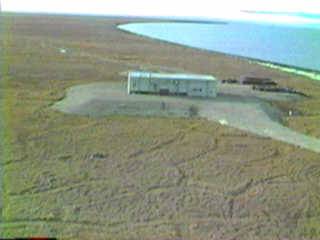 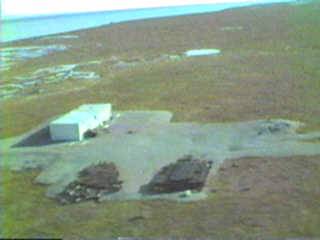 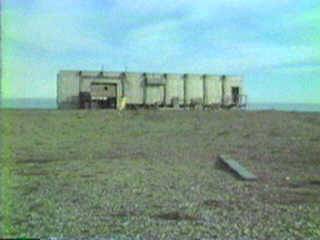 Construction Era Photos for BAR A.
The pictures below were selected from the extensive collection of Markham Cheever, the DEWLine’s Superintendent of Construction from 1953 to 1957, before the Line went operational. (Click on picture to enlarge.) 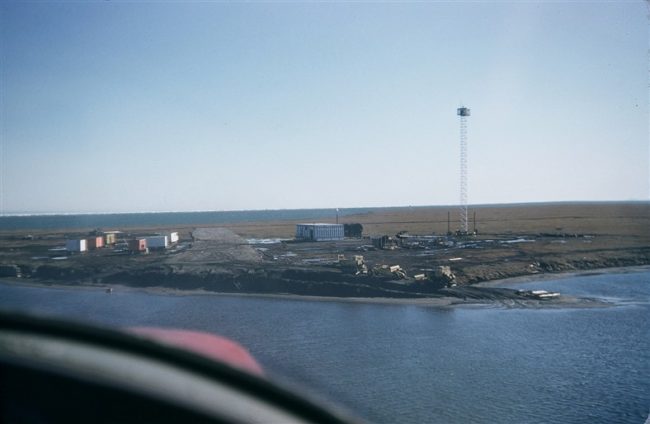 On approach to the landing strip with the Doppler seen on the right. Aug 1953. 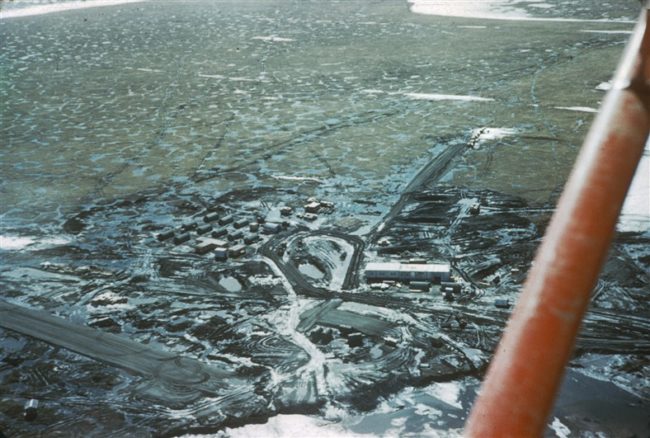 Aerial view of the site showing the construction camp on the left. June 1956. 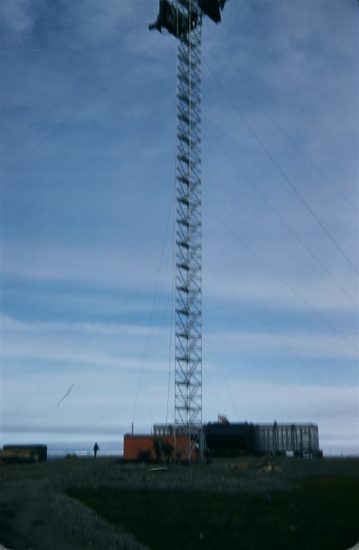 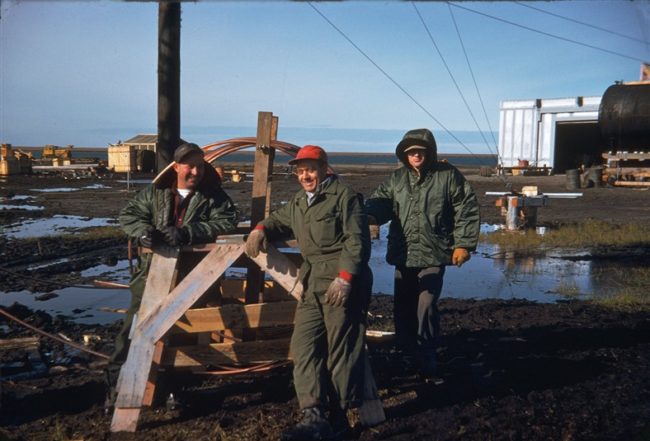 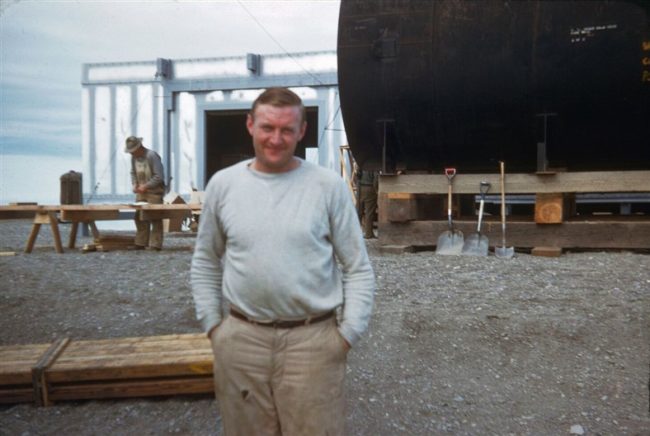 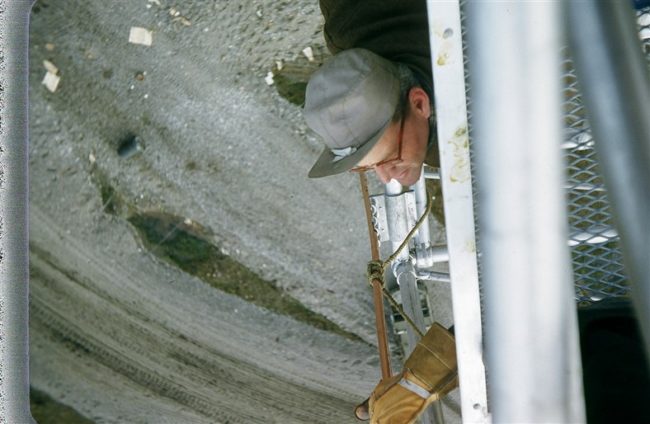 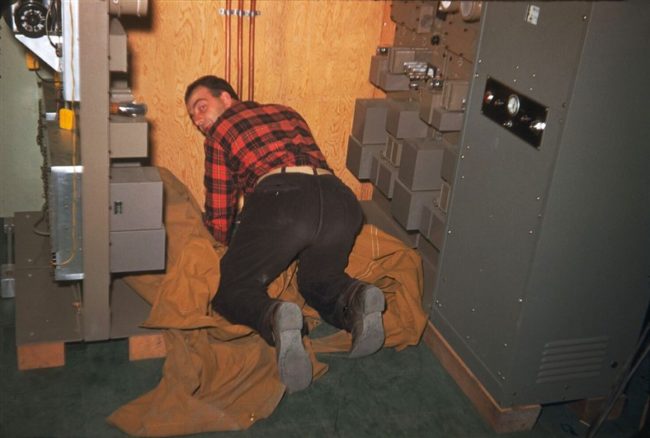 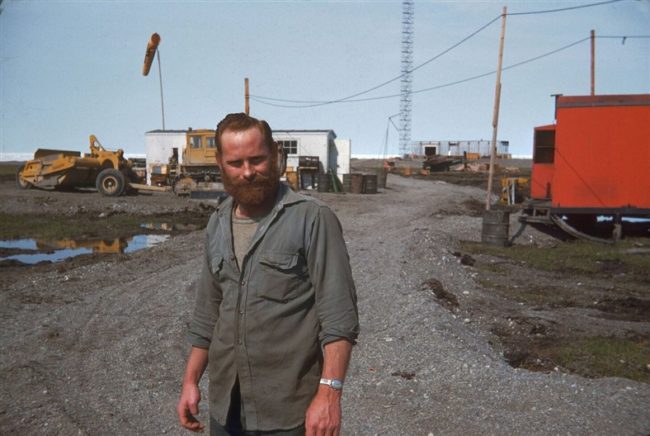