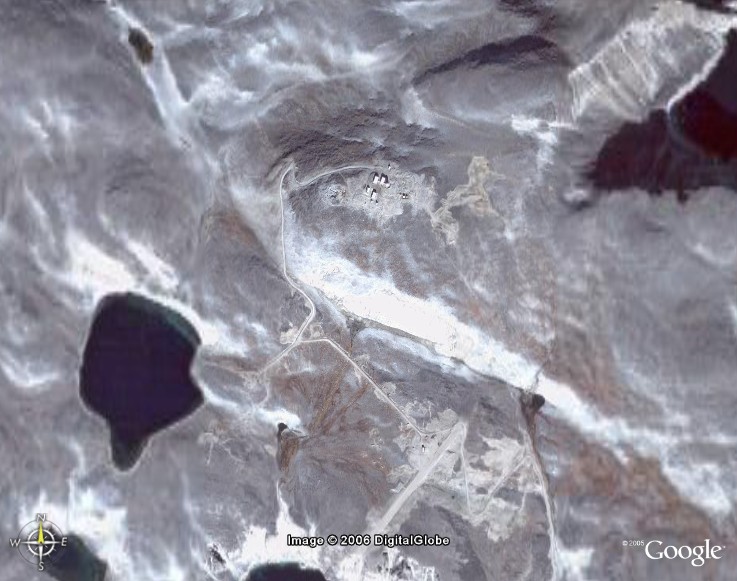 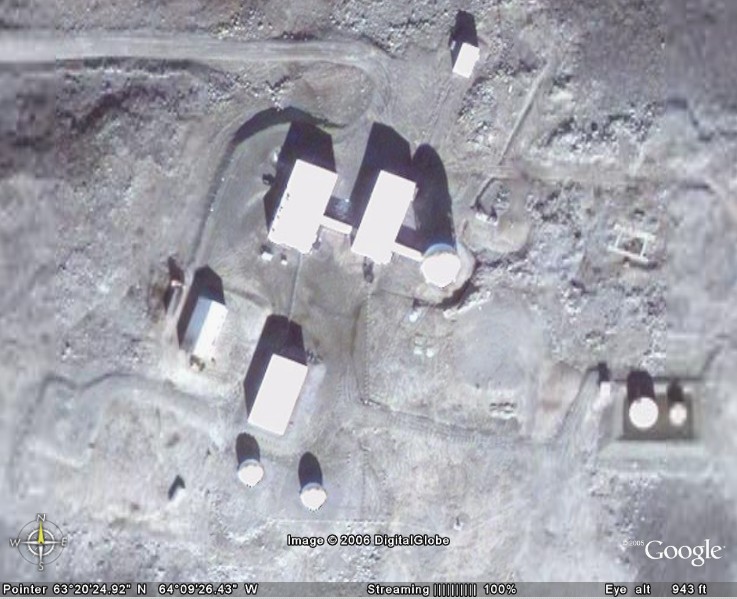 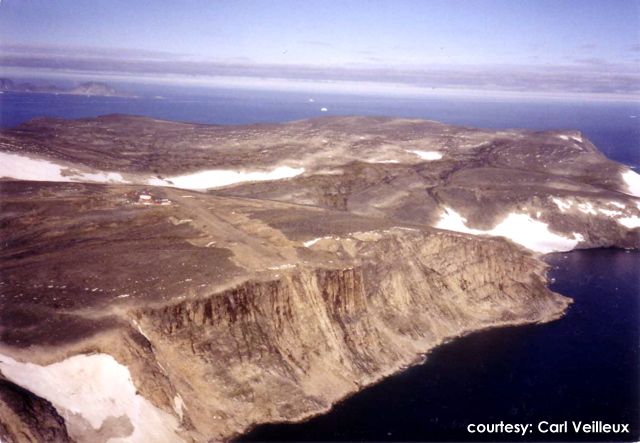 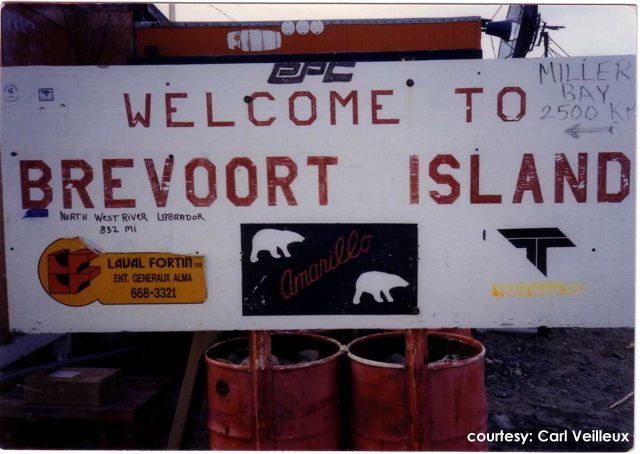 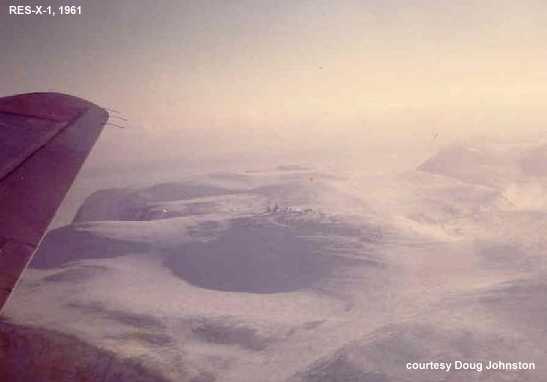 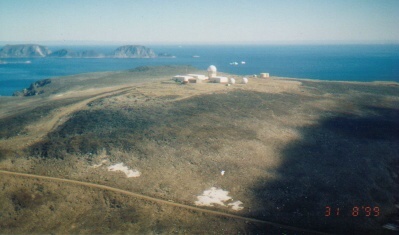 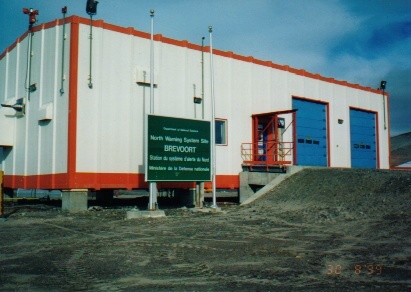 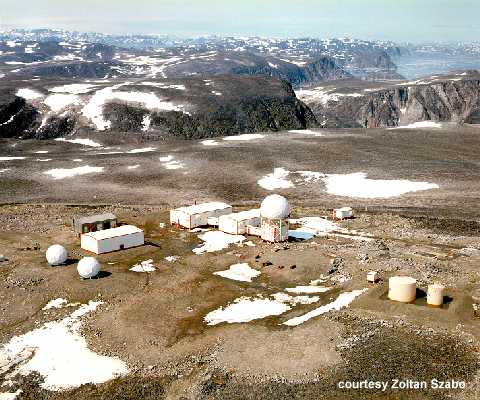 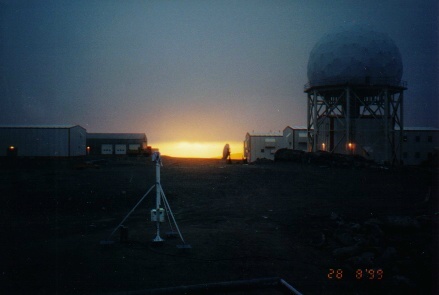 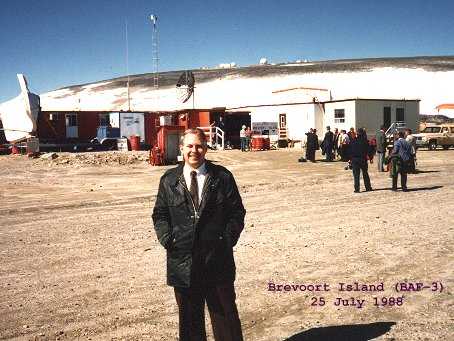 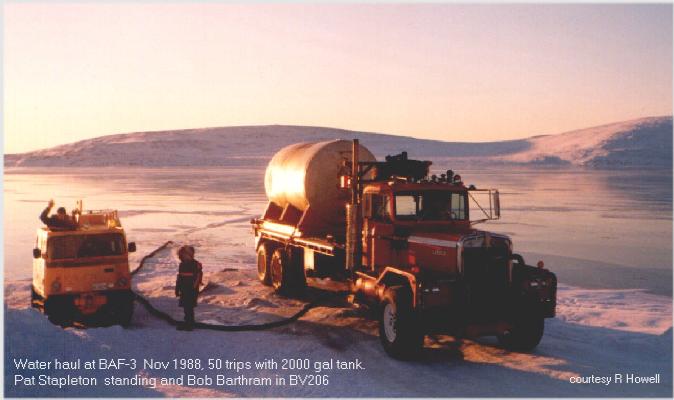 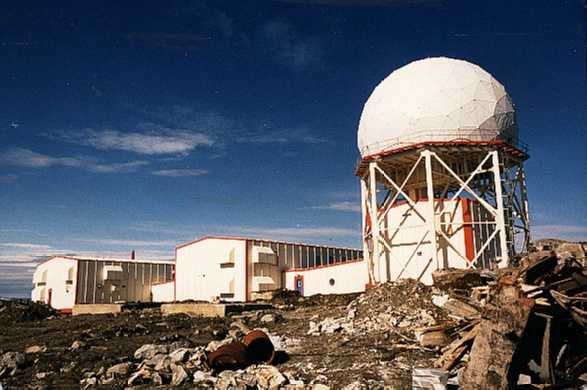 Construction Era Photos for RES-X-1.
The pictures below were selected from the extensive collection of Markham Cheever, the DEWLine’s Superintendent of Construction from 1953 to 1957, before the Line went operational. (Click on picture to enlarge.) 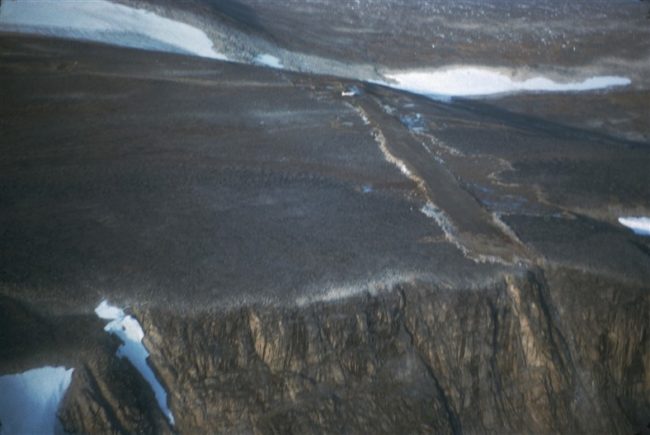 Aerial view of the RES-X-1 airstrip showing the cliff/drop-off at the end. Makes for harrowing approaches and take-offs. Sept 1956. 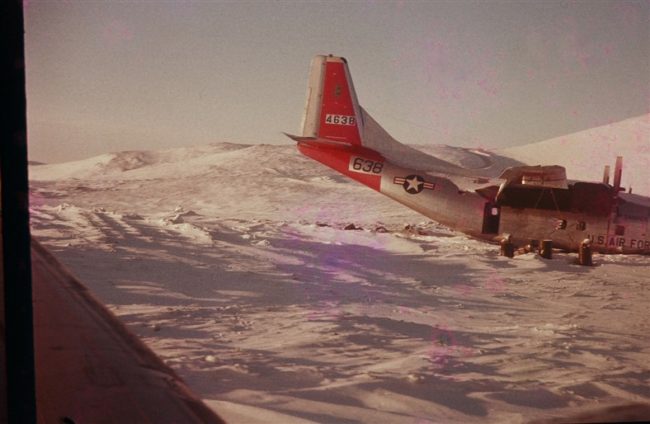 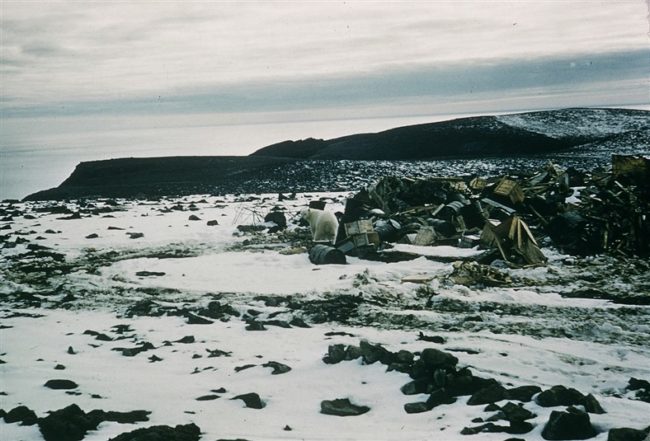 Shooting the bear was the only solution to this dangerous situation. Aug 1957. 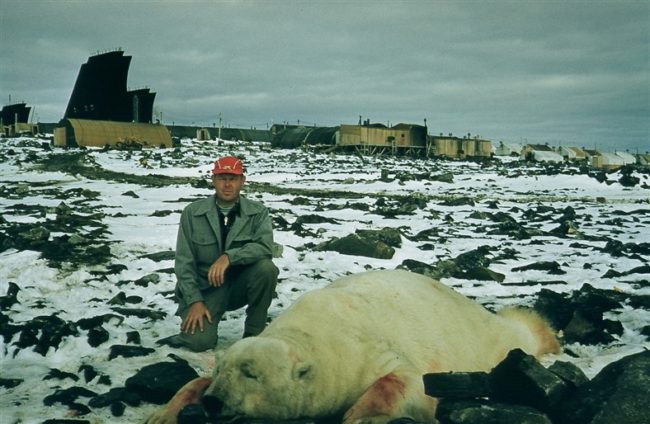 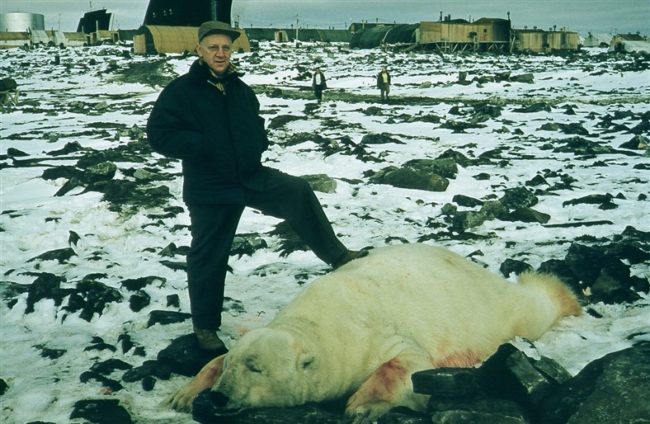 Lohman with bear. You see how close the bear was to the main buildings. Aug 1957. 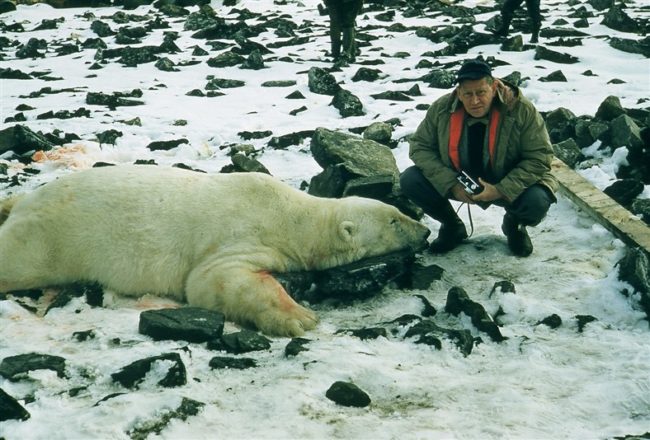 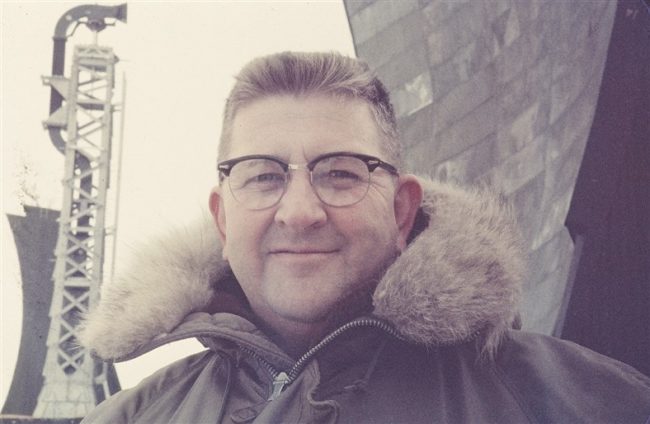 Frank Dawson standing near one of the RES-X-1 tropo antennas. May 1957.