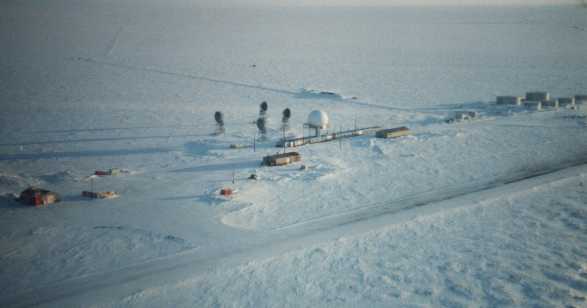 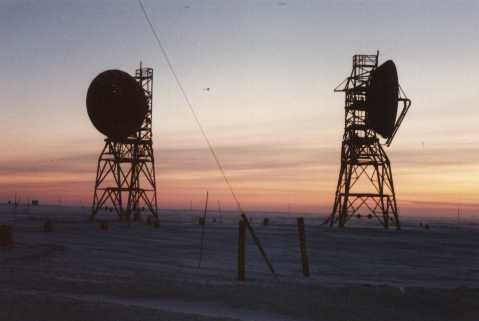 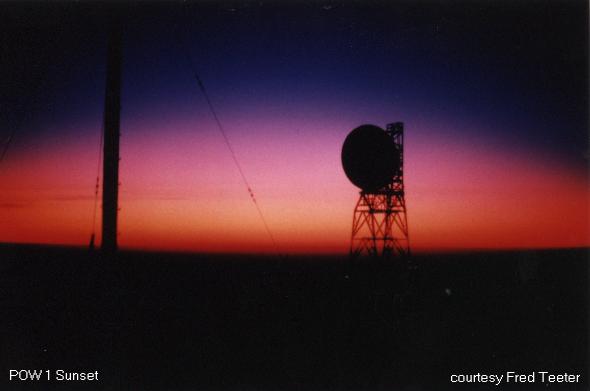 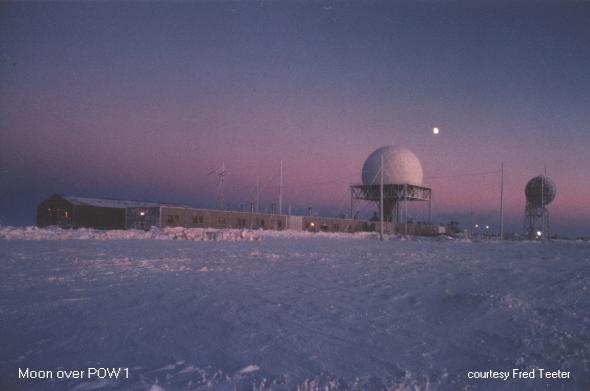 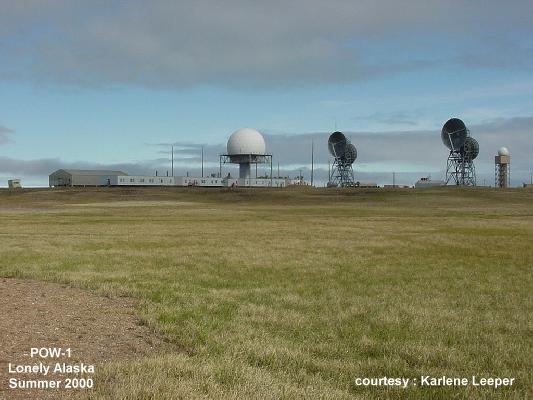 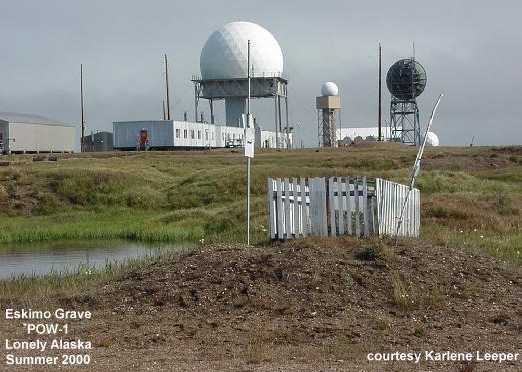 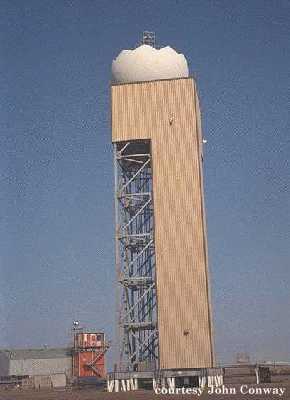 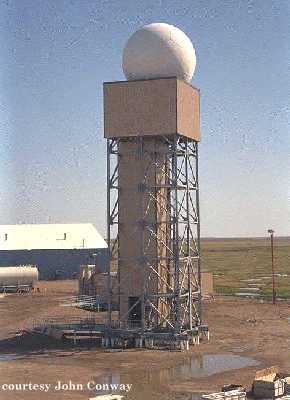 SRR Tower. Old Hangar in the background. Was left there when Husky Oil was doing exploration work in the Naval Petroleum Reserve. Made a great storage area for all the building materials to winter over in. Courtesy John Conway.

Construction Era Photos for POW-1.
The pictures below were selected from the extensive collection of Markham Cheever, the DEWLine’s Superintendent of Construction from 1953 to 1957, before the Line went operational. (Click on picture to enlarge.) 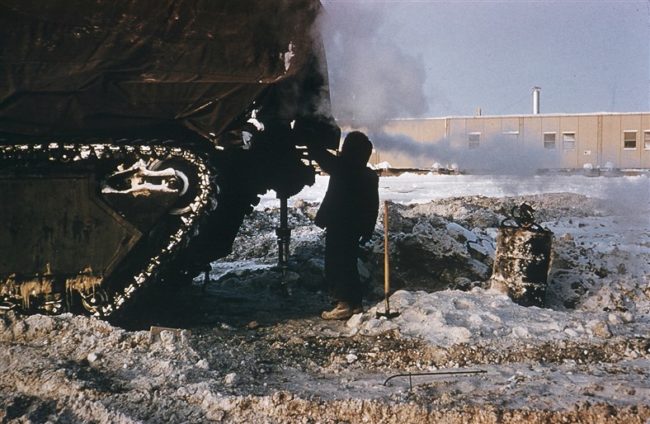 Drilling the holes for the Doppler antenna tower foundation. March 1956. 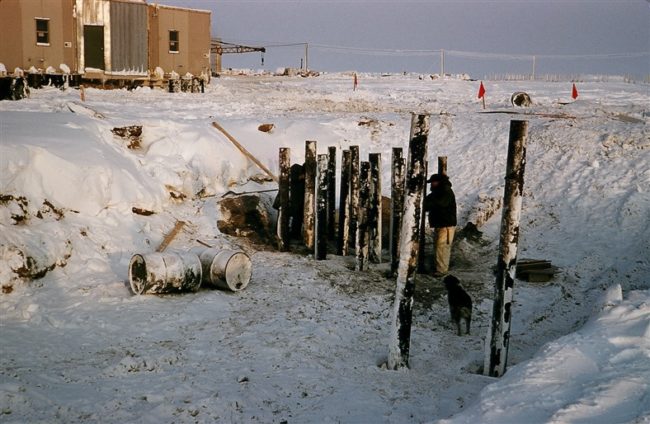 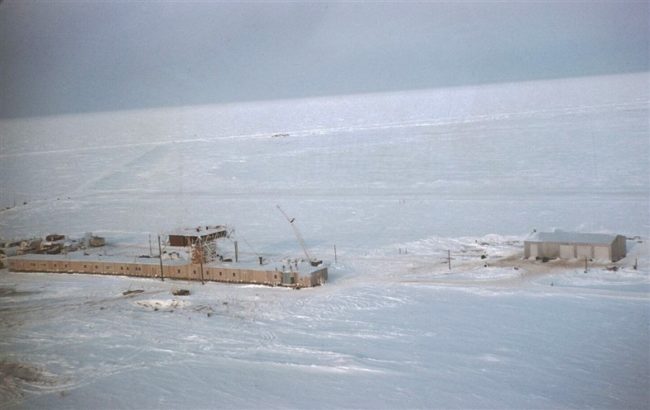 Module train less the radar antennas and radome. Garage is to the right. March 1956. 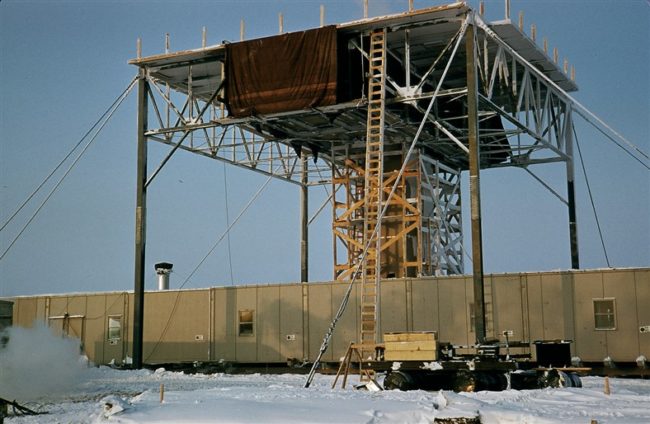 Close-up view of the platform that will ultimately hold the radar antennas and radome. March 1956. 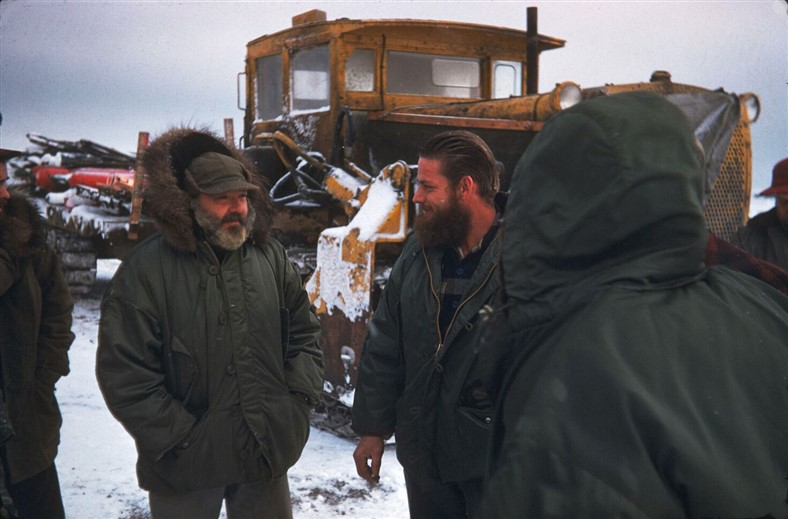