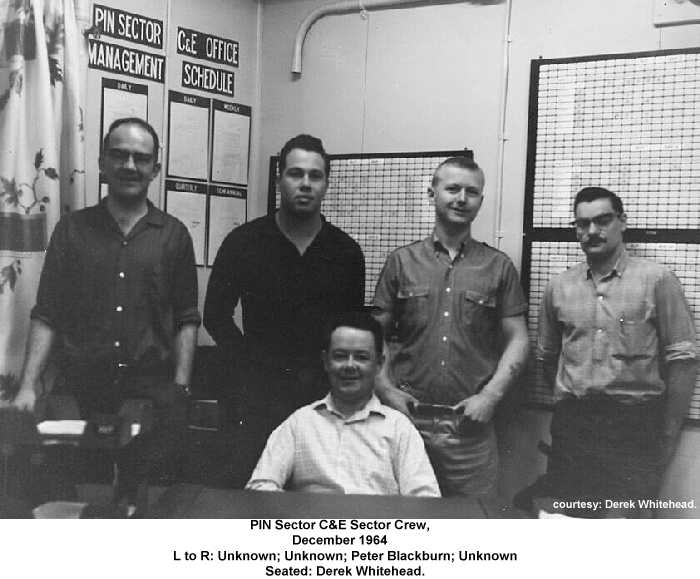 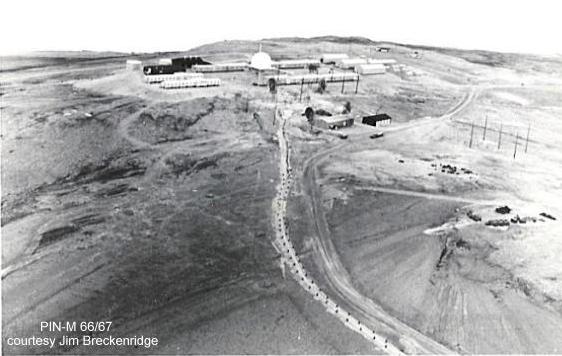 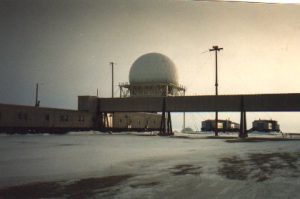 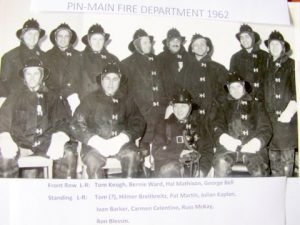 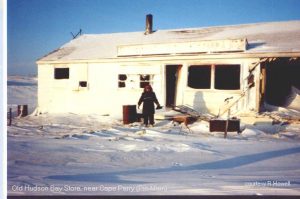 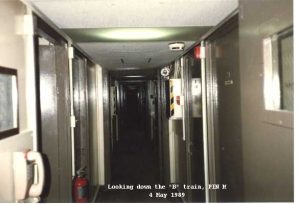 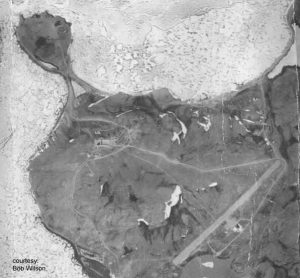 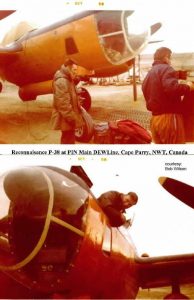 The civilian P-38 that took the aerial photo on the left. Courtesy Bob Wilson 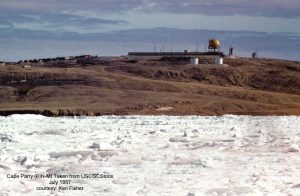 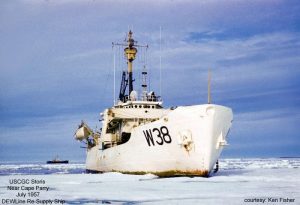 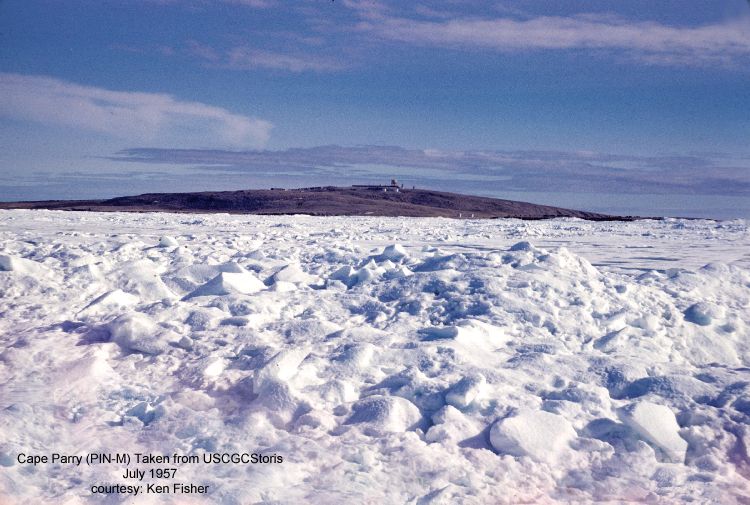 Construction Era Photos for PIN-Main.
The pictures below were selected from the extensive collection of Markham Cheever, the DEWLine’s Superintendent of Construction from 1953 to 1957, before the Line went operational. (Click on picture to enlarge.) 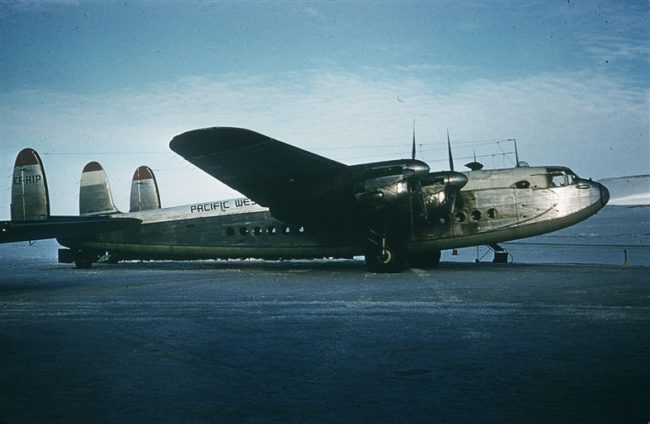 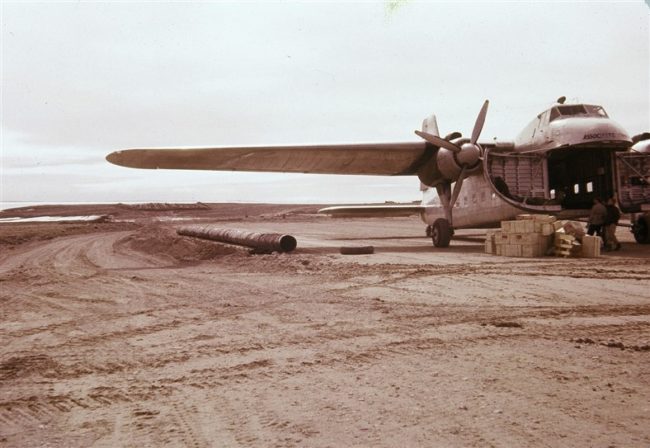 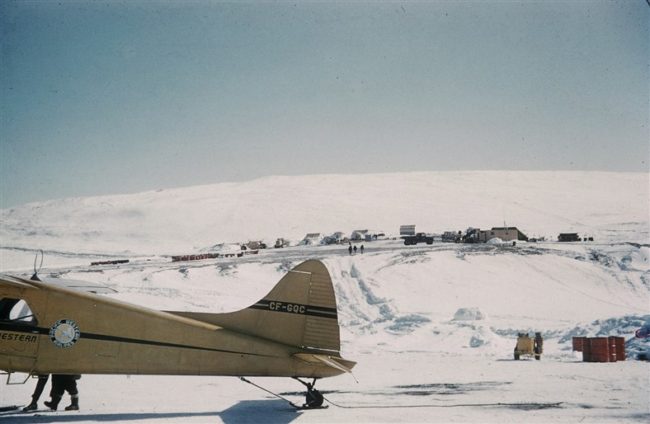 Pacific Western Airway’s CF-GQC with the advanced camp in the background. May 1955. 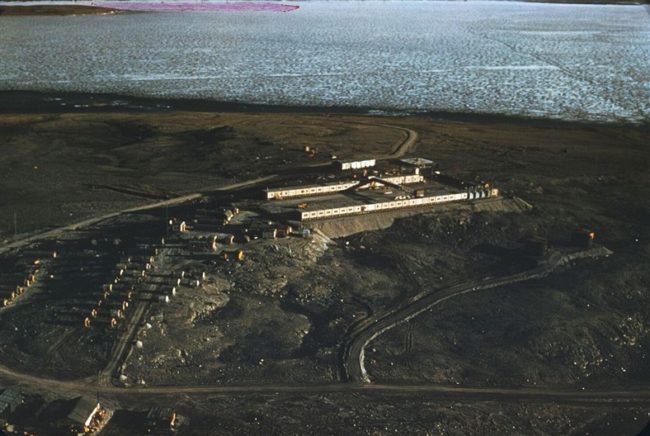 The almost completed module trains awaiting the radar antenna and radome with the construction camp shown on the left. June 1956. 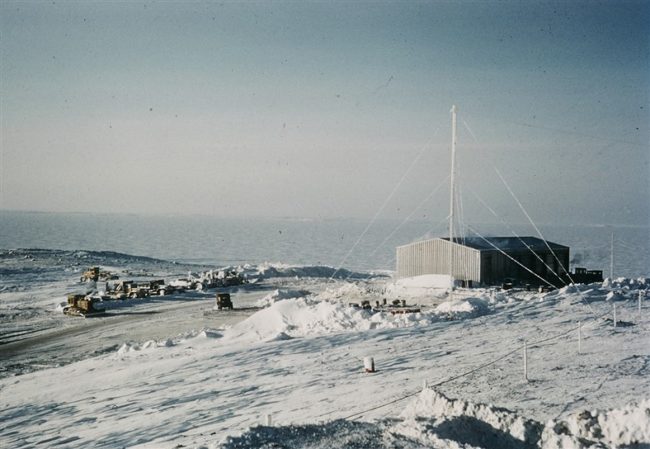 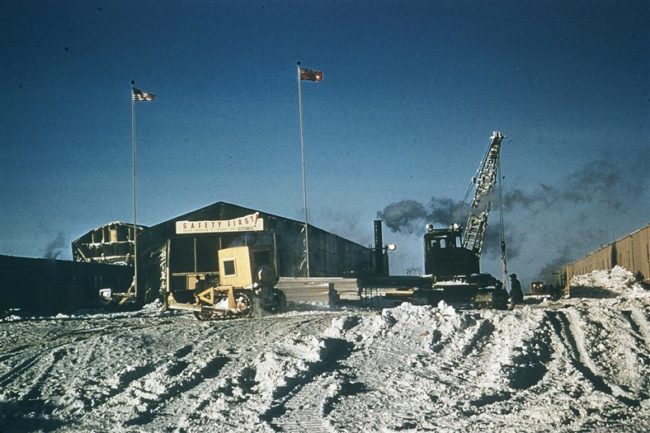 The erection tent with its safety sign. This is where the modules were constructed. March 1956. 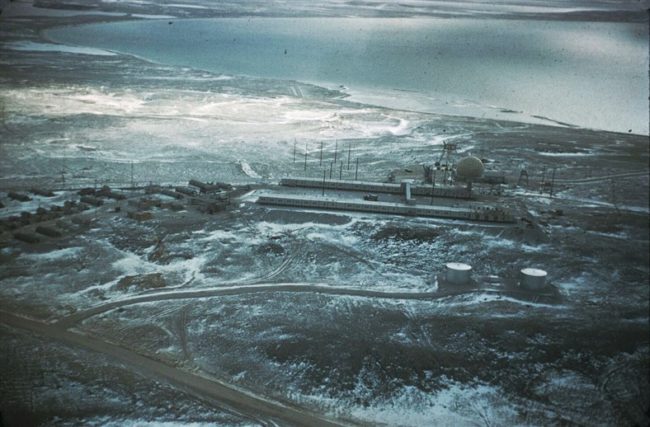 The onset of winter showing an almost completed station with the construction camp on the left. Oct 1956. 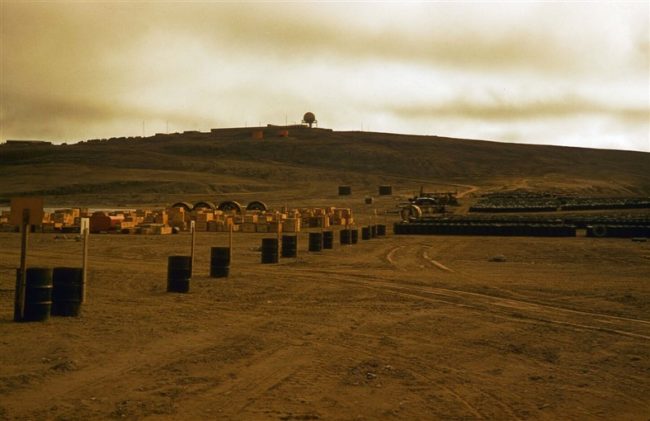 View of the site from the beach storage area. Aug 1956. 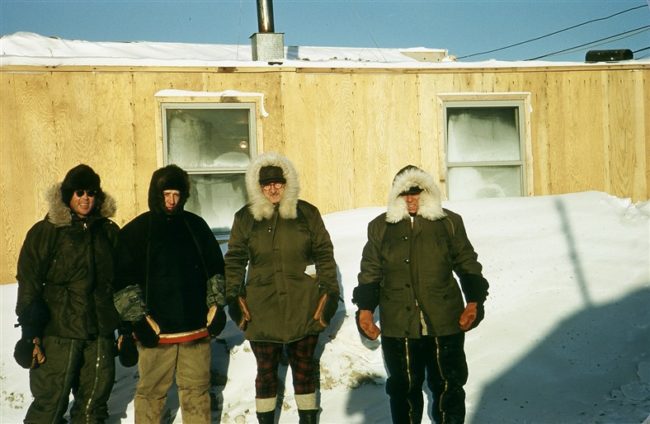 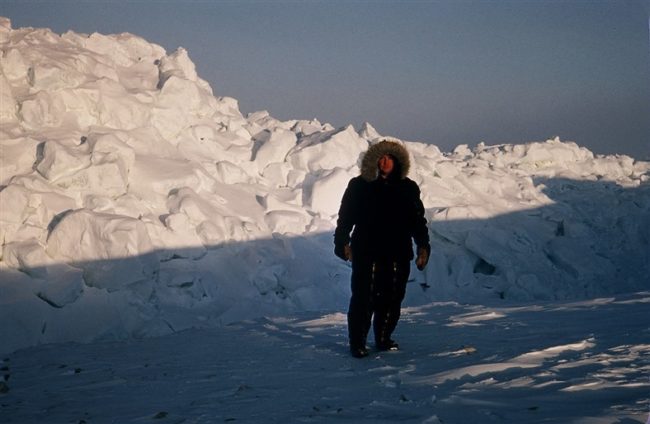 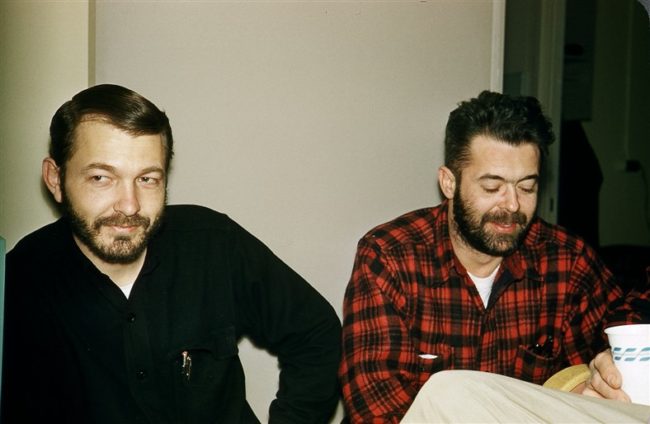 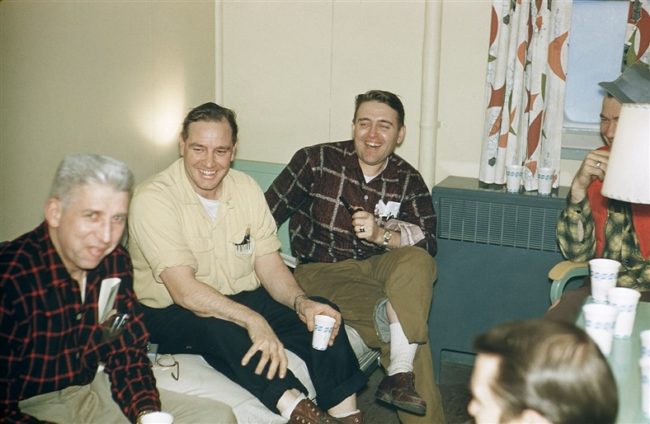