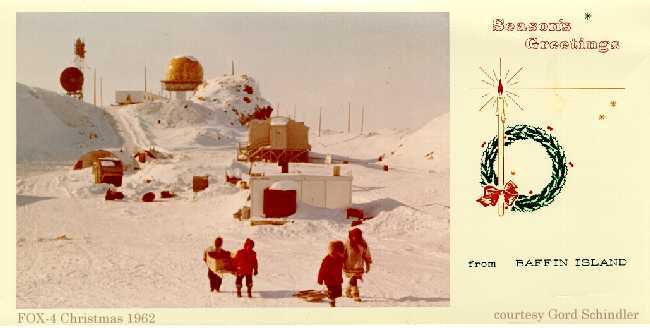 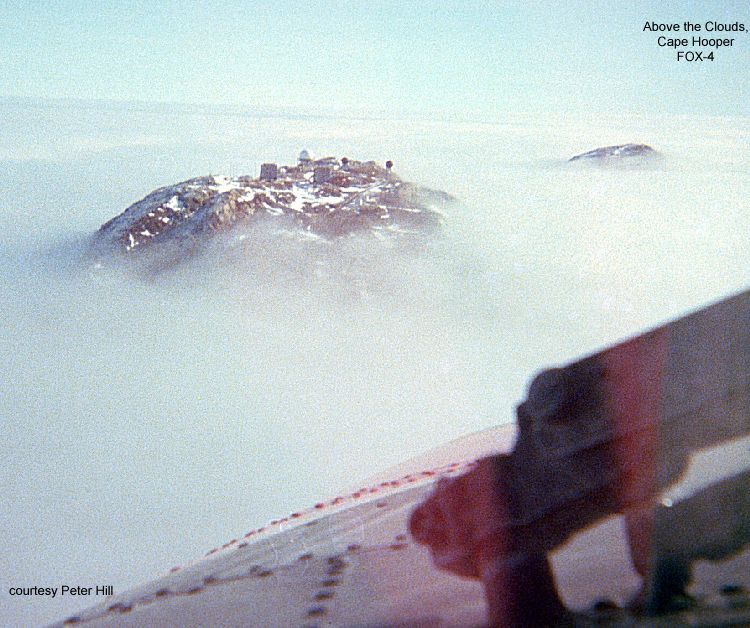 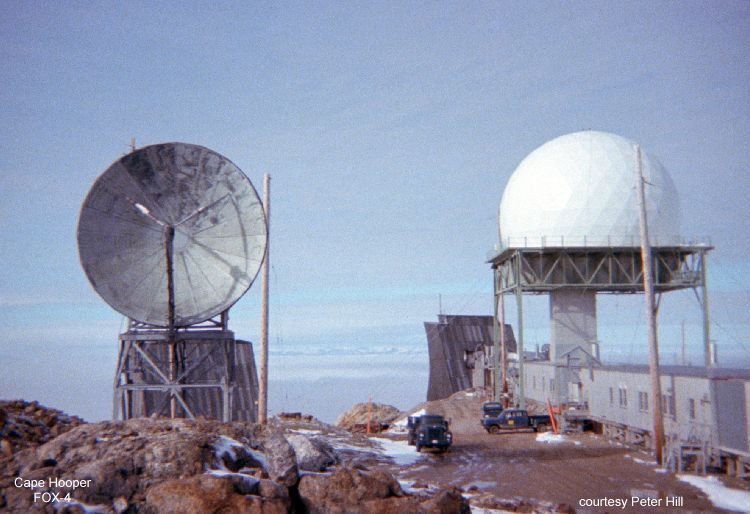 Construction Era Photos for FOX-4.
The pictures below were selected from the extensive collection of Markham Cheever, the DEWLine’s Superintendent of Construction from 1953 to 1957, before the Line went operational. (Click on picture to enlarge.) 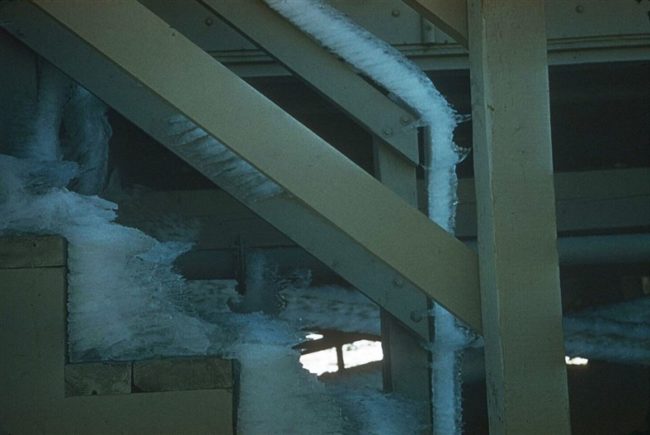 Early morning rime ice on the steps in the middle of summer! Aug 1957. 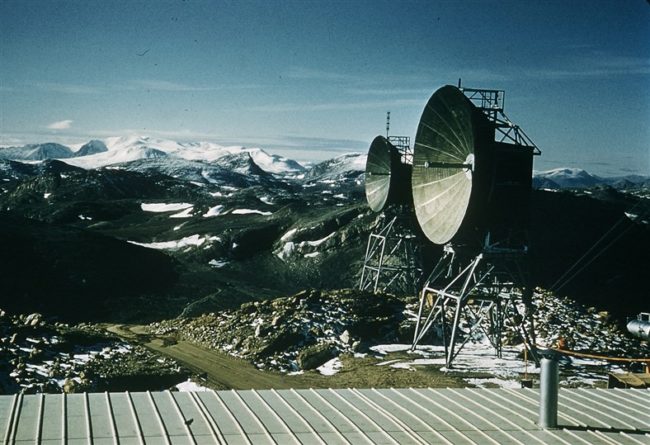 The two-30′ UHF lateral antennas with the mountains in the background. Aug 1957. 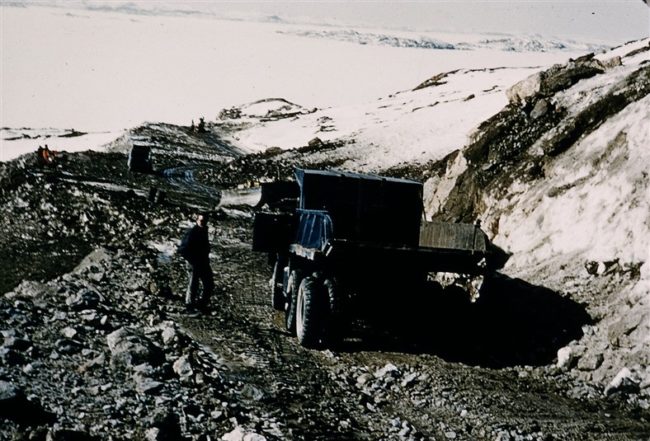 Widening the road and digging ditches on the road from the airstrip to the site. May 1957. 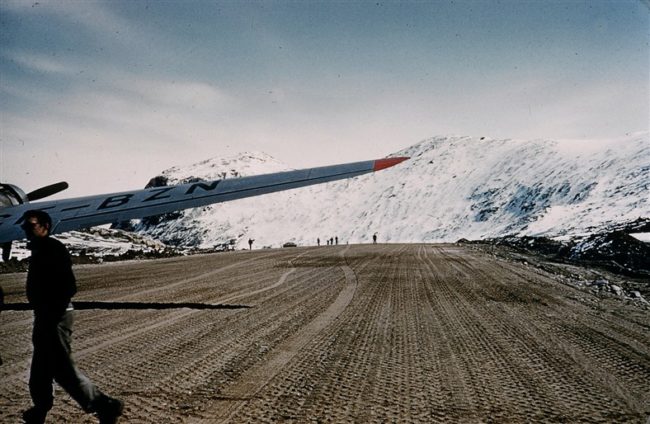 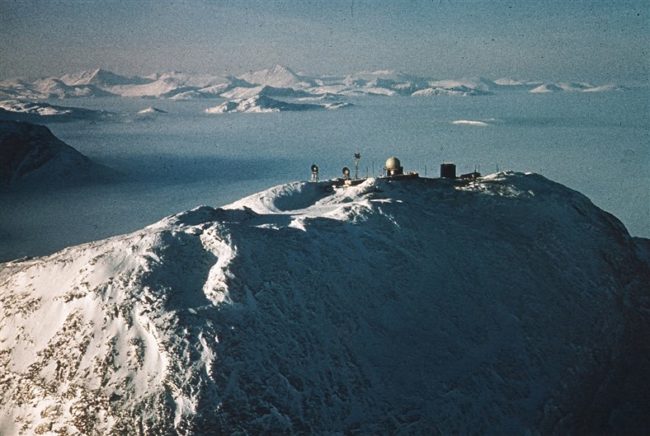 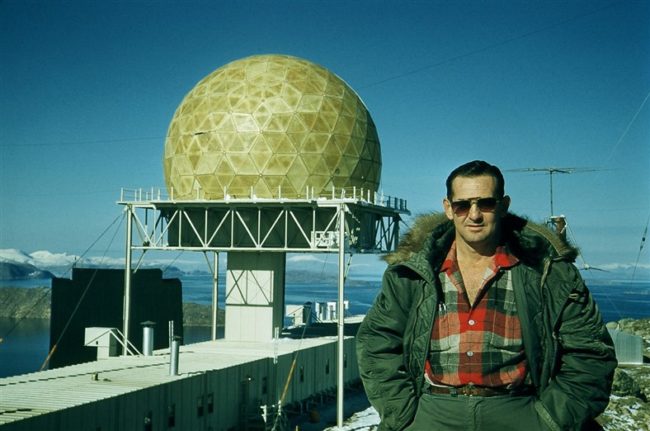 Ken Taggart with the completed station in the background. Aug 1957. 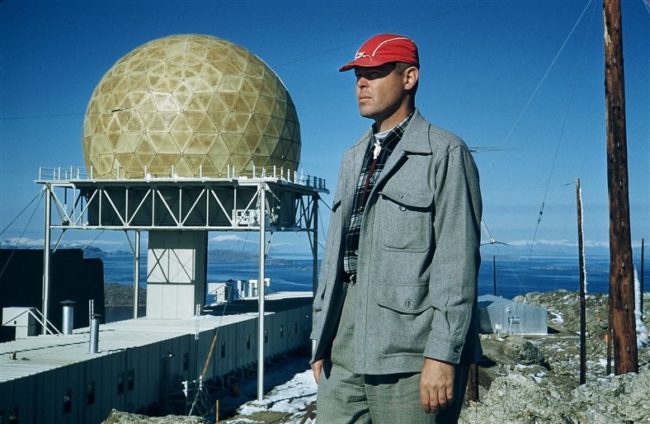 M. S. Cheever (in his signature red cap) with the completed station in the background. Aug 1957. 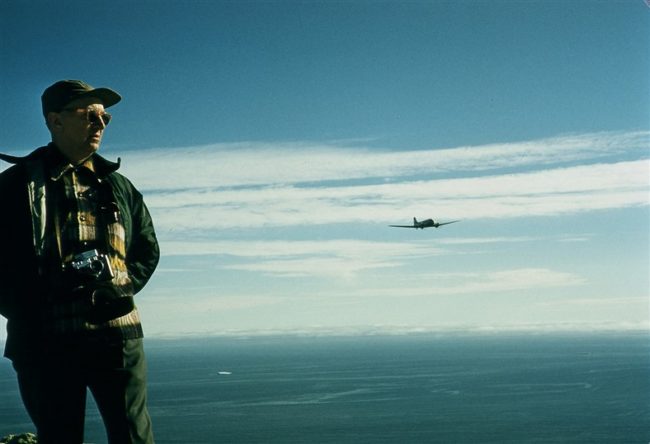 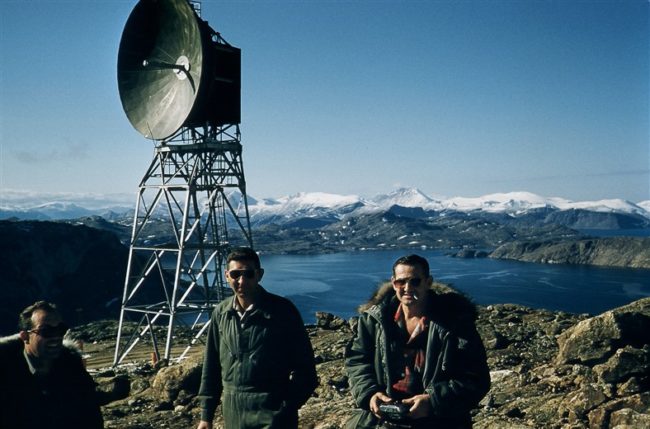 L to R: Unknown, Major Richmond, Ken Taggart. One of the UHF lateral antennas is shown in the background.A ug 1957. 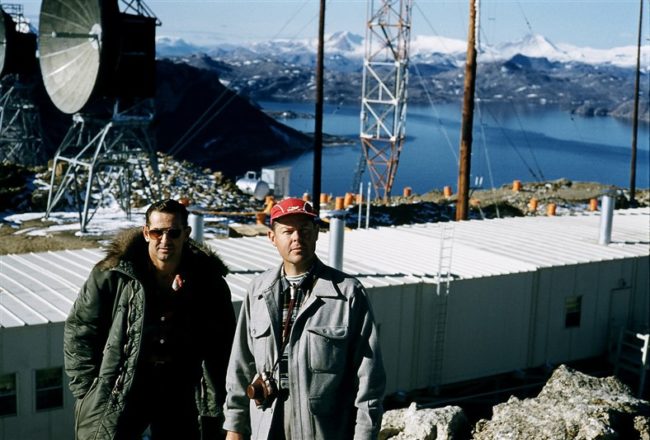