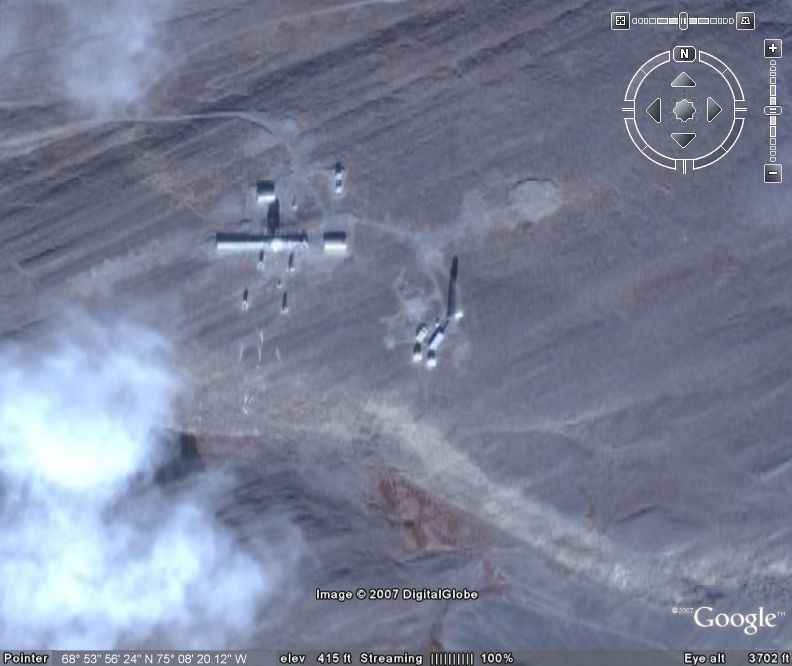 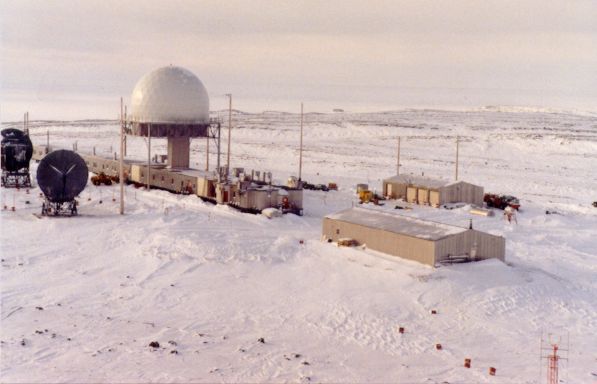 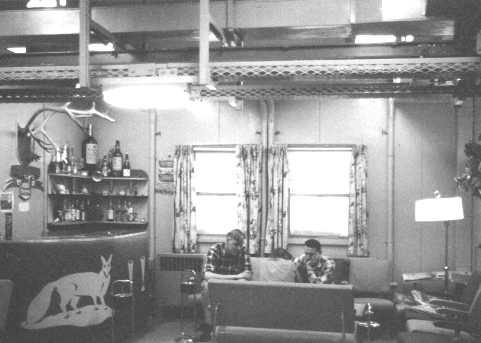 Recreation Module. Note the fox and the two glasses on the front of the bar denoting FOX-2. Courtesy Brian (Simon) Jeffrey. 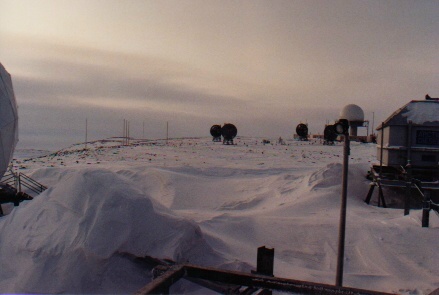 Taken back of the SRR bldg. looking towards the old DEW line site. Courtesy Dan McIsaac. 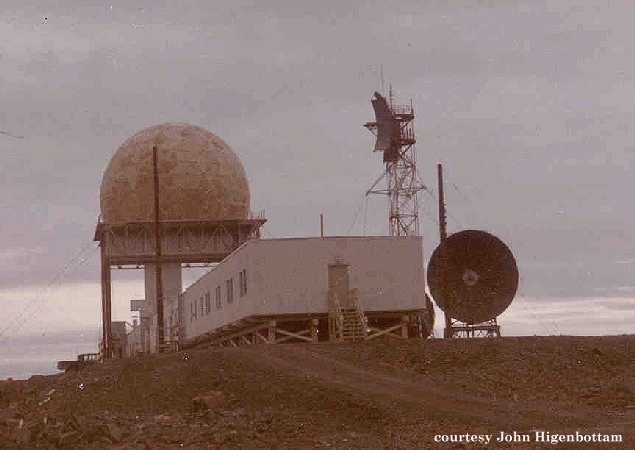 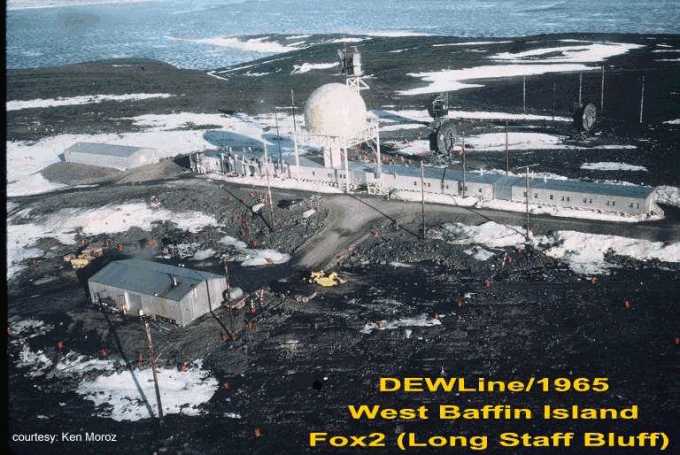 Construction Era Photos for FOX-2.
The pictures below were selected from the extensive collection of Markham Cheever, the DEWLine’s Superintendent of Construction from 1953 to 1957, before the Line went operational. (Click on picture to enlarge.) 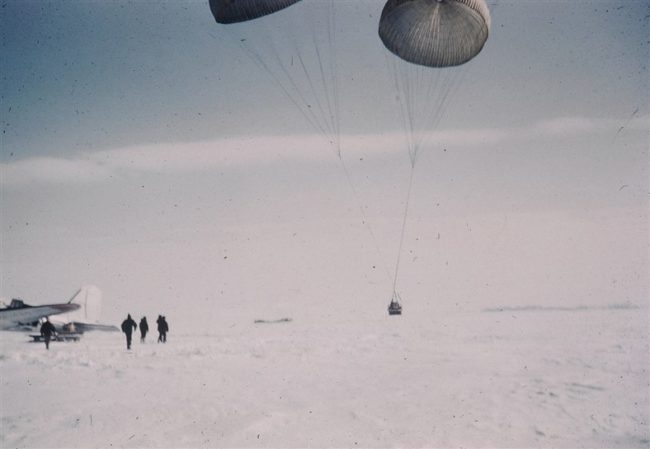 A Caterpillar D-4 tractor being para-dropped onto the site. March 1955. 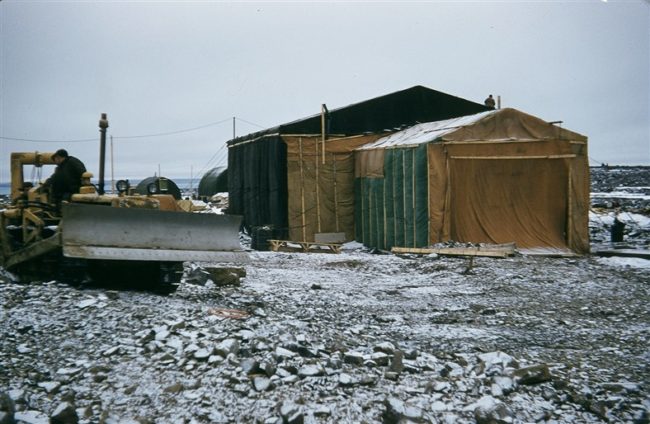 Erection tent where the modules are to be assembled. Nov 1955. 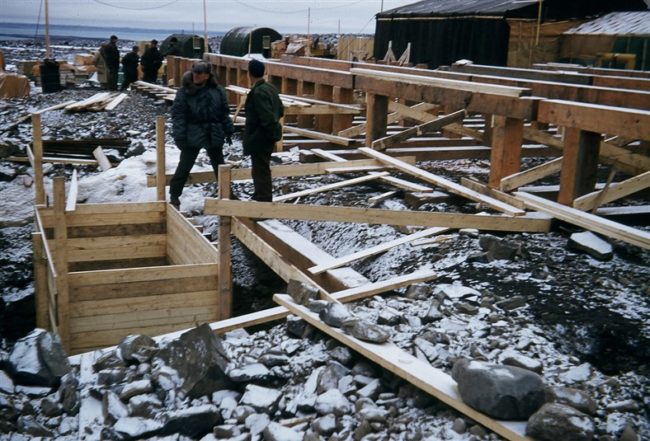 Footings for the module train in the upper right and the form for the radome at the left front. Nov 1955. 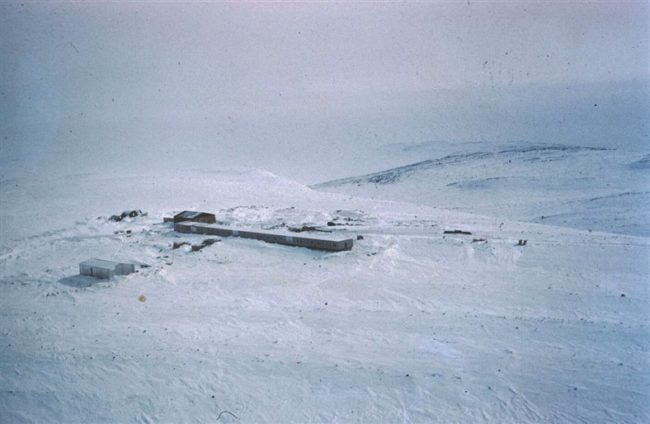 Aerial view from the North of the radome-less module train. April 1956. 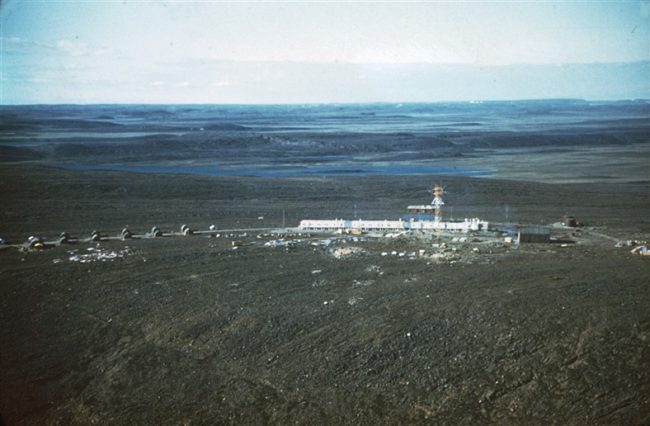 The platform that will hold the radome can be seen. Note the series of living tents along the road at the left of the photo . Aug 1956. 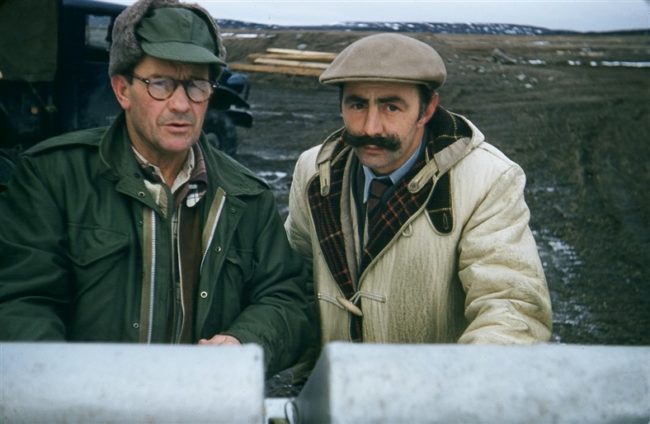 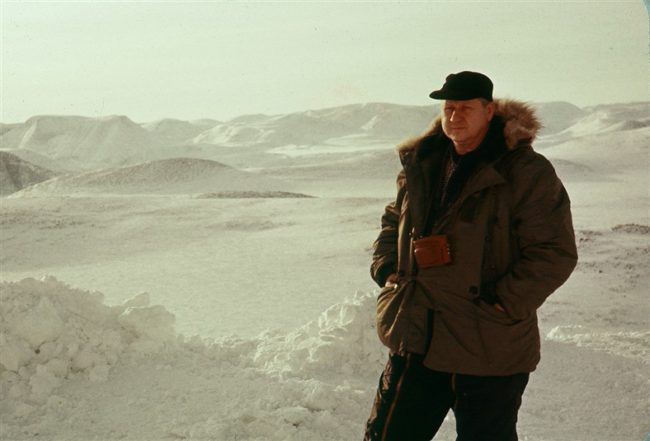