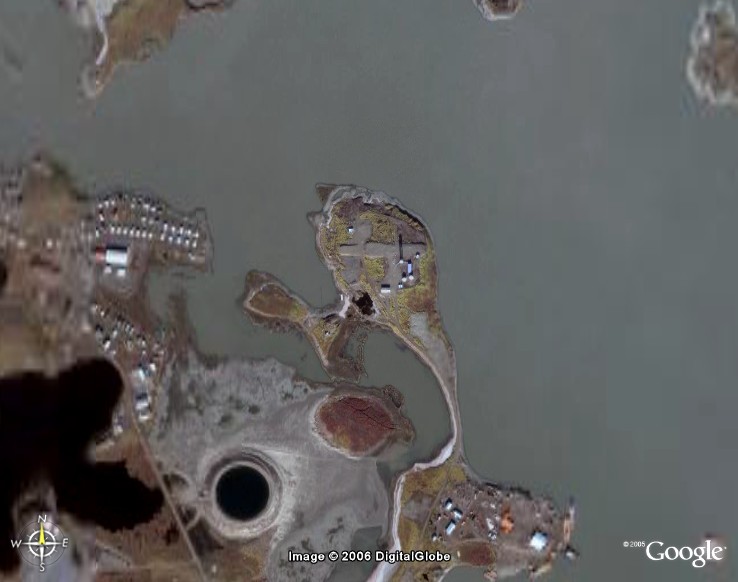 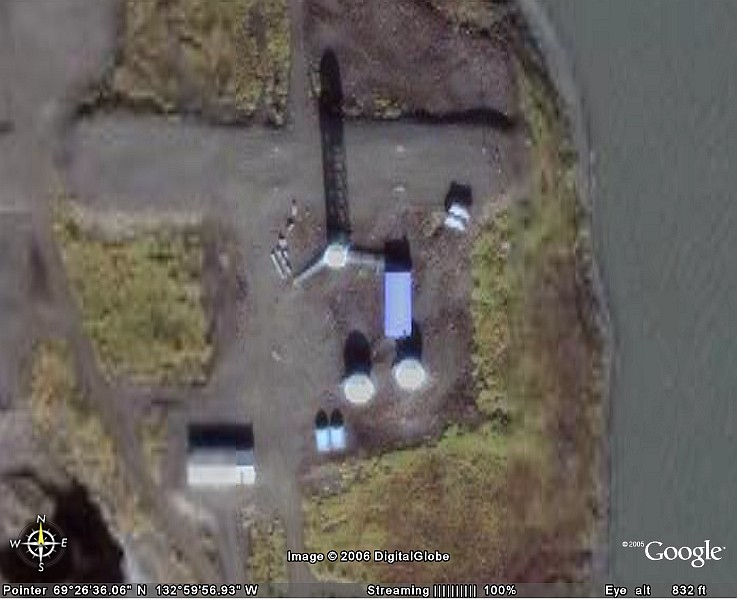 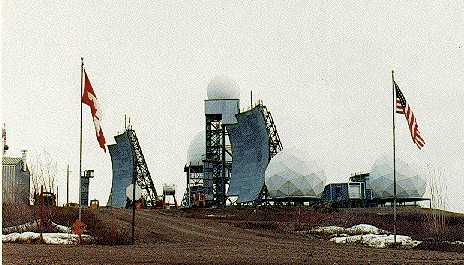 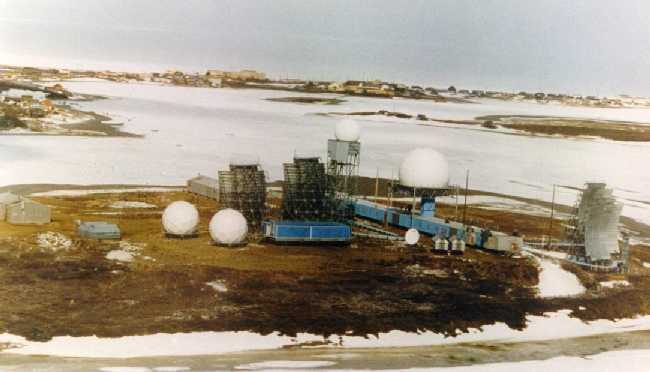 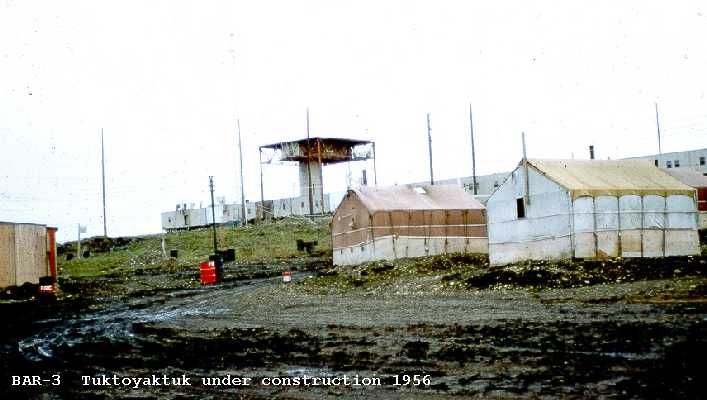 Under Construction 1956. Anybody have a radome?? Photo courtesy John S. Ross. 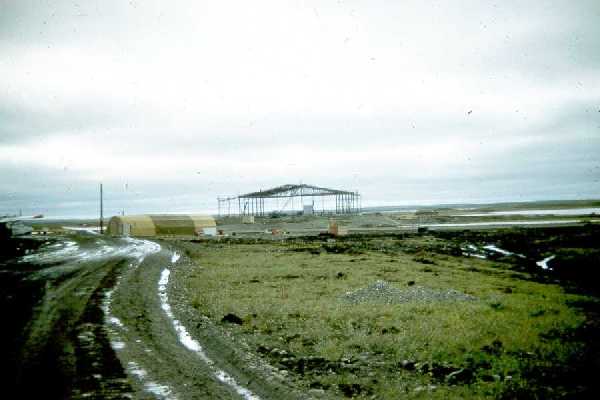 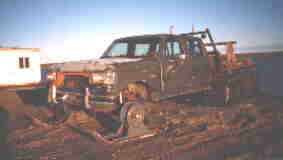 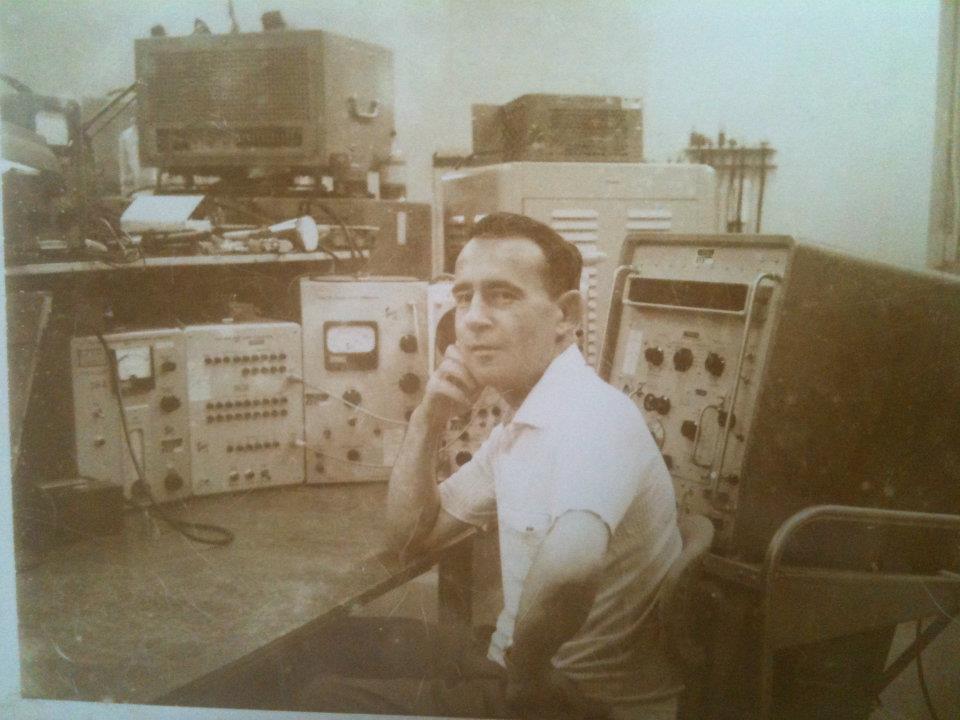 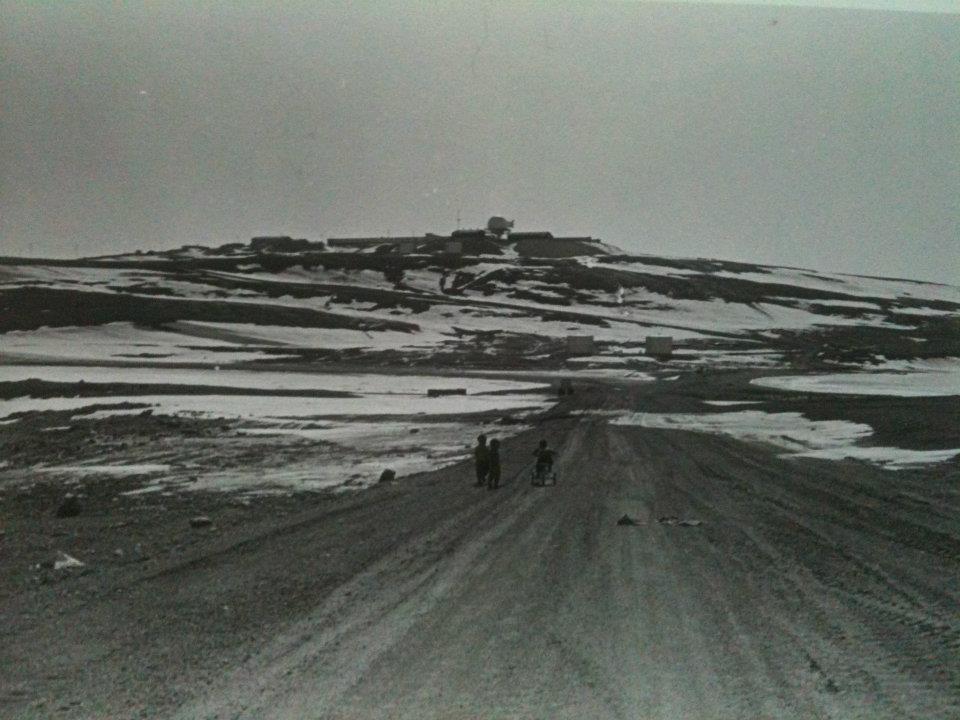 Construction Era Photos for BAR-3.
The pictures below were selected from the extensive collection of Markham Cheever, the DEWLine’s Superintendent of Construction from 1953 to 1957, before the Line went operational. (Click on picture to enlarge.) 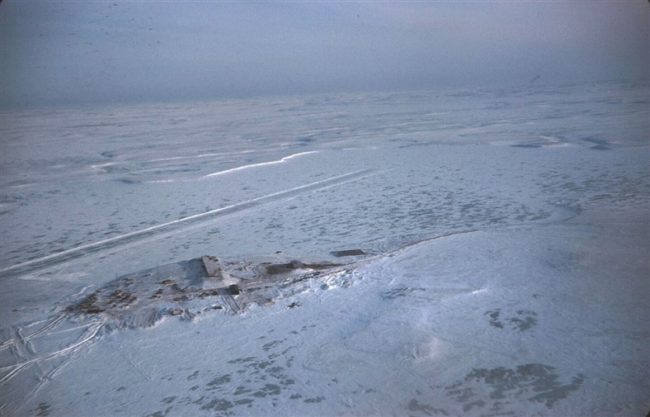 Aerial view showing the close proximity of the airstrip to the station. March 1953. 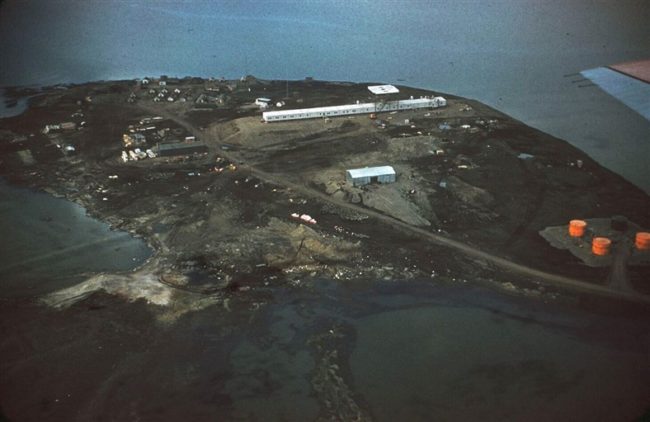 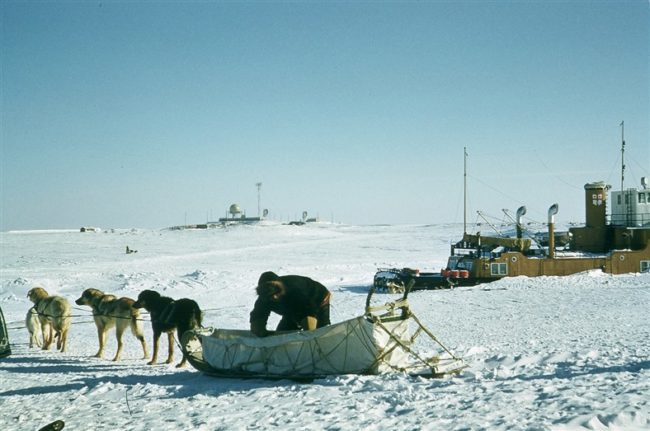 Eskimos (Inuits) getting the dog rteam ready to go. The HBC tug is on the right and BAR-3 is in the background. Jan 1957. 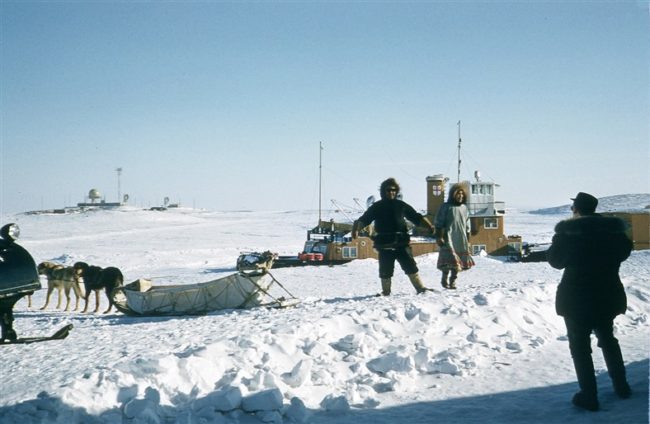 Eskimos (Inuits) with their dog team and the Hudson’s Bay Company tug behind them and the site on the left in the background. January 1957. 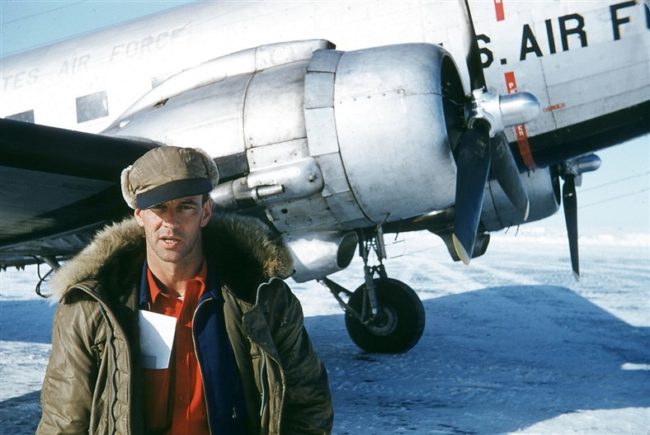 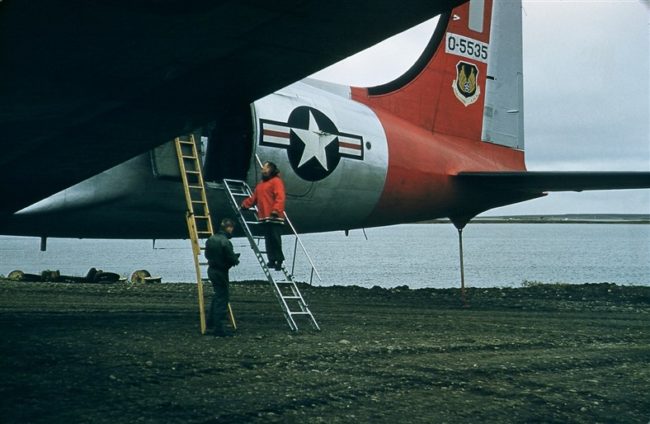 Capt Radney on the ladder peering into the C-54 interior. Sept 1956. 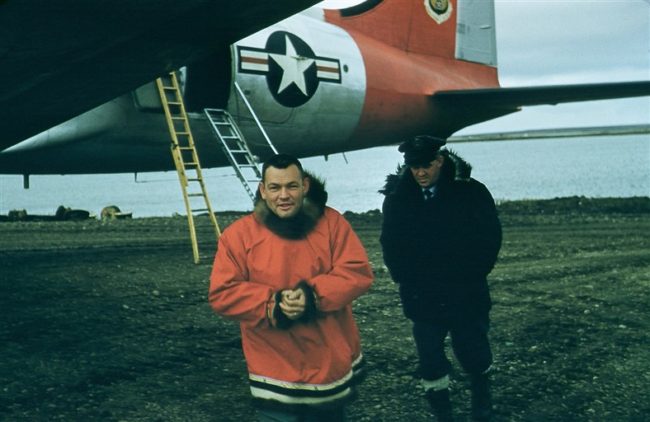