RCAF Station Stoney Mountain Alberta (Sector control Station 800) was located close to the northern Alberta town of Anzac, which is on Gregoire Lake, 24 miles south of Fort McMurray. The station was opened in March 1957. By April it was conducting limited operations without the benefit of any identification capability. In June 1963 Stoney Mountain continued it’s basic function as a Sector Control Station, until a major change resulted in the deletion of the detection function, due to a relocation of the Canadian Air Defence Identification Zone (CADIZ) north of the Mid Canada Line in its area. RCAF Station Stoney Mountain disbanded on 01 March 1964.

In addition to its MCL role, RCAF Stoney Mountain was also a rearward IS 101 Ionospheric Scatter link to DEWLine Station PIN Main (Cape Parry NWT) The site was actually near ANZAC AB on Lake Gregoire south of Fort McMurray at 56:27’00″N, 111:02’00″W Using the acronym WAT-X as an identifier for “Waterways” another close community. The site was closed in 1964. 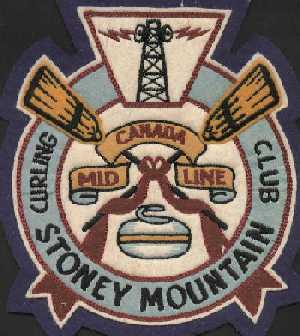 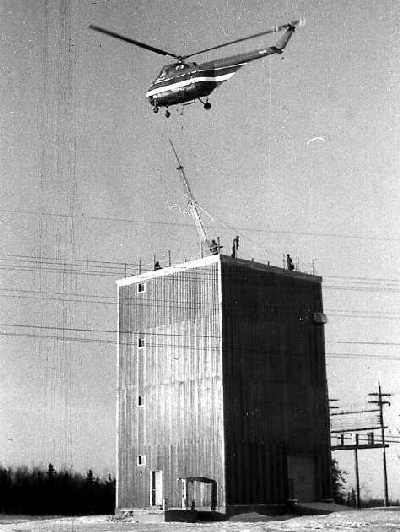 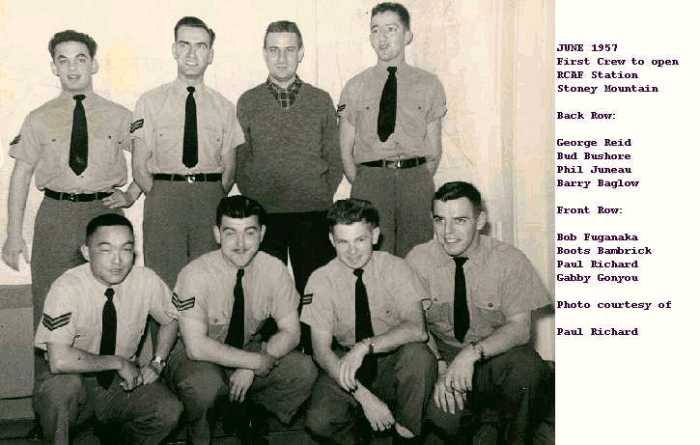 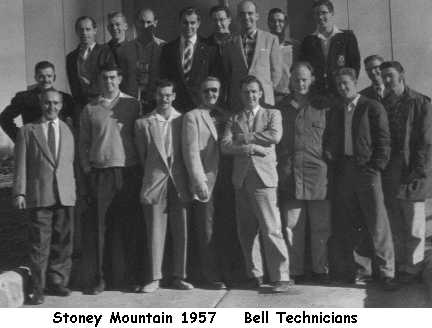 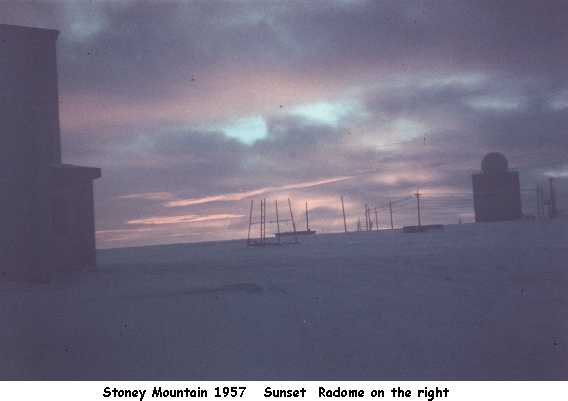 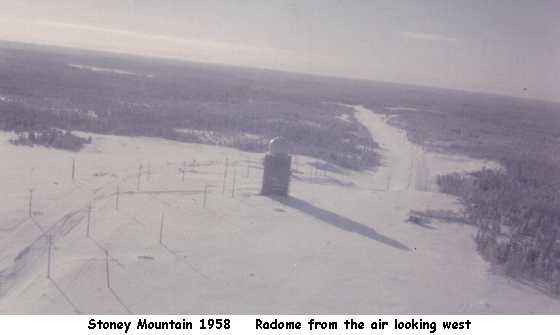 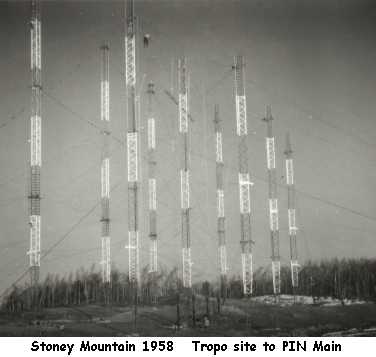 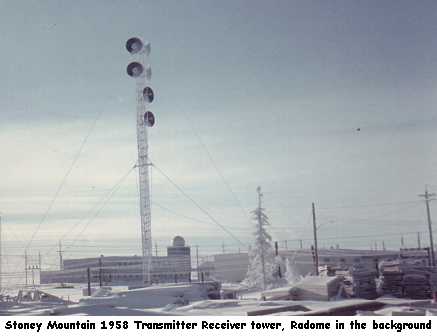 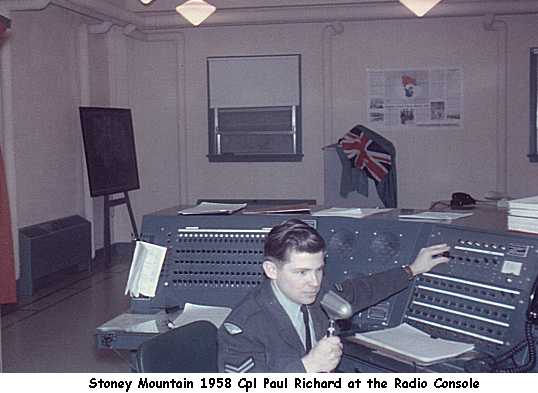 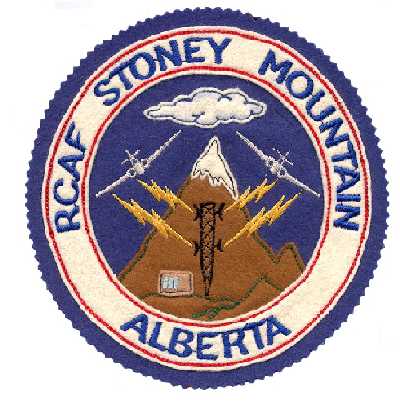 End of a typical day and time to relax, 1962. Courtesy of Bruce Jorgenson. 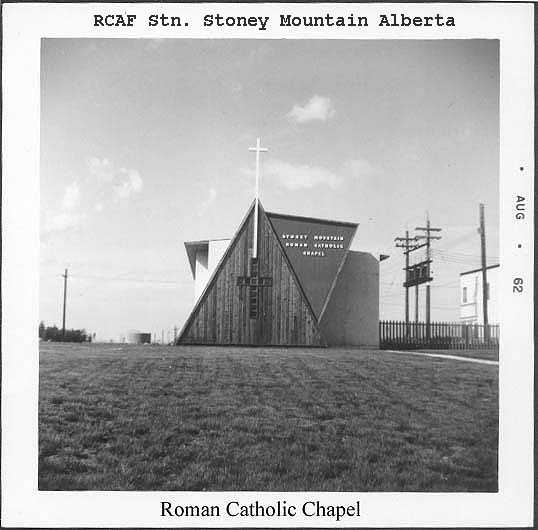 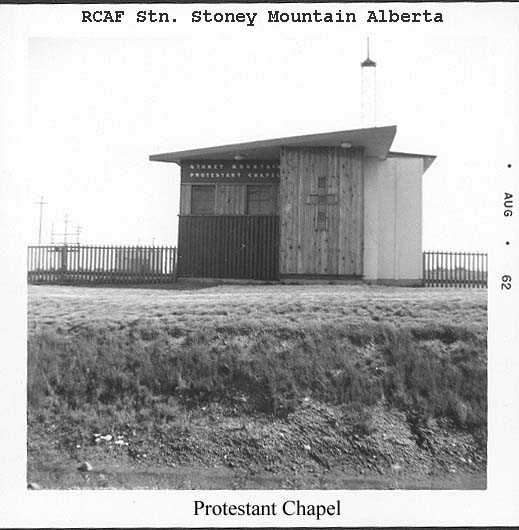 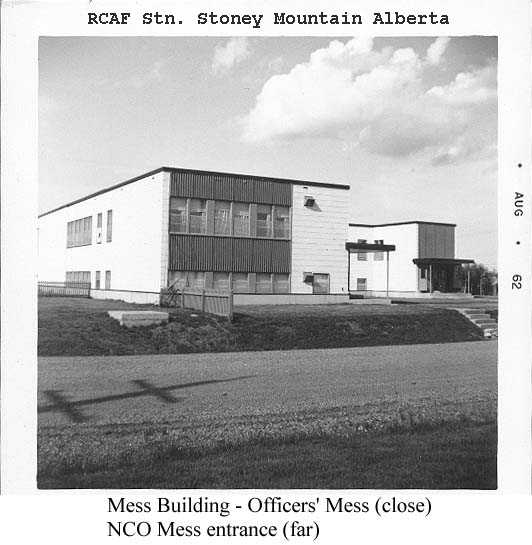 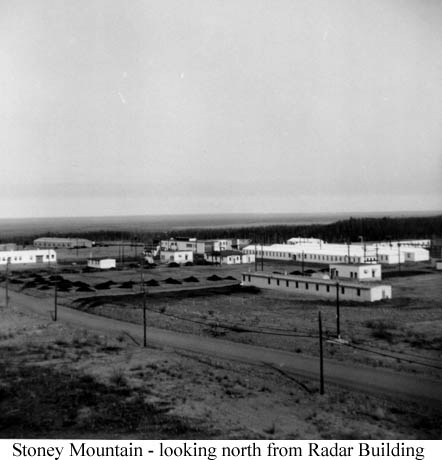 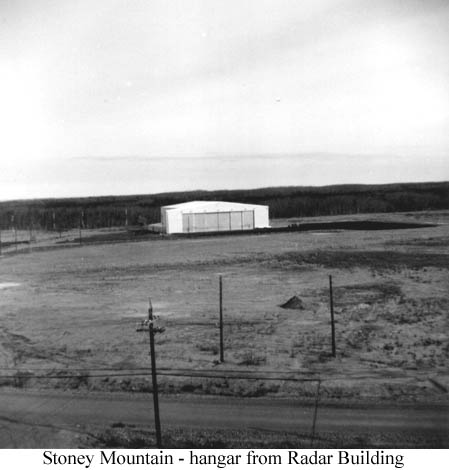 Hanger as seen from the Radar Building. Courtesy of Bruce Jorgenson. 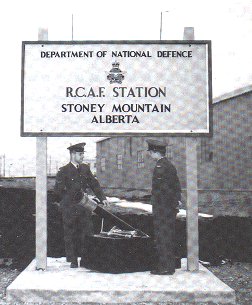 Remembrance Day Parade. Between the airman is a home made cannon that was fired on the 11 November. The person the right is Woody Woodbeck and on the left I think is Yogi Parker, the rest of us were on parade thanks to our CO S/L Webster (now deceased). Info courtesy Ralph Hunt. 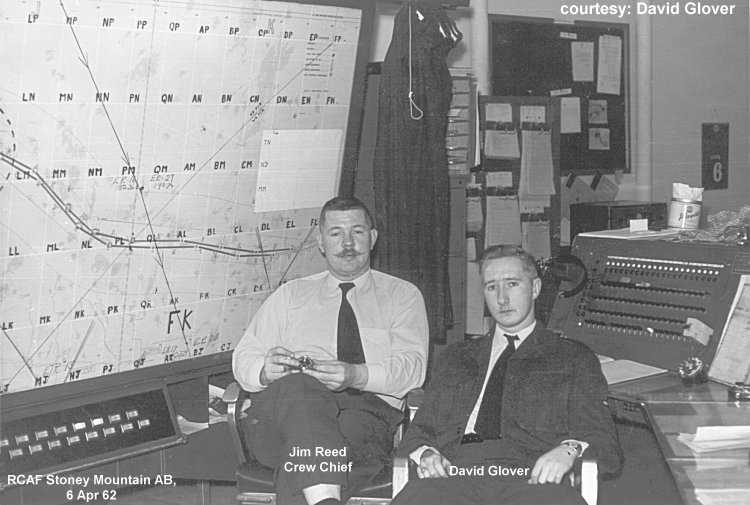 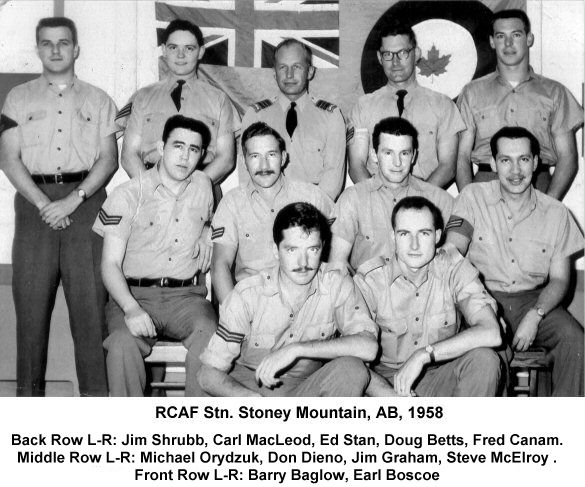 Anyone who served at Stoney Mountain R.C.A.F. station back in the 50’s-60’s will likely recall there was an Alberta Forest Service fire lookout approx 2 1/2 miles to the east of the station.

Back in 1991, Forestry moved the lookout and cabin, to the old R.C.A.F. station site.

Over the years, quite a few people have come through, that served at the base while it was still operational. From them, I understand the fire lookout sits about where the old water tower (?) used to be.

Every once in awhile, I still run across the odd remnant of the base, from when it was demolished – mostly just concrete and rebar, but also the odd bit of a truck, or helicopter. My “firepit” is an old manhole, which I found near the house.

The lookout tower isn’t alone up here, though – there’s also 5 communications towers (soon to be 6), along with the radar dome for the Fort McMurray airport. Just thought someone might be interested in what ever became of the place…