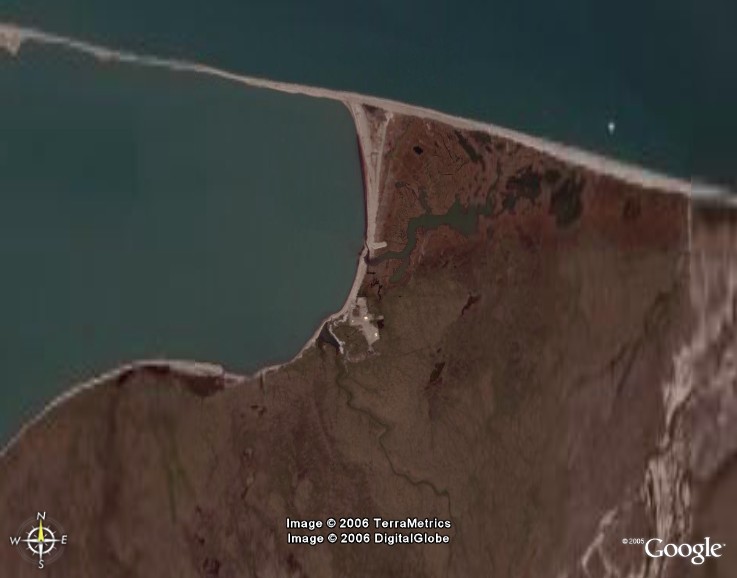 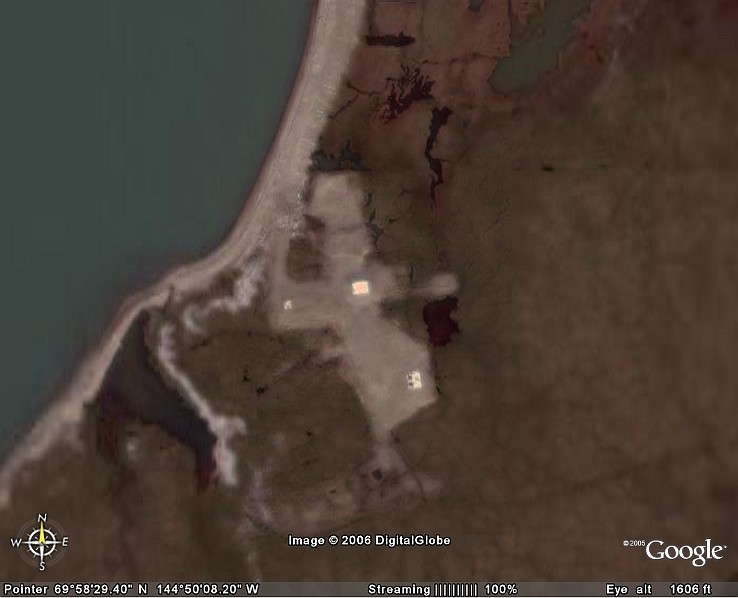 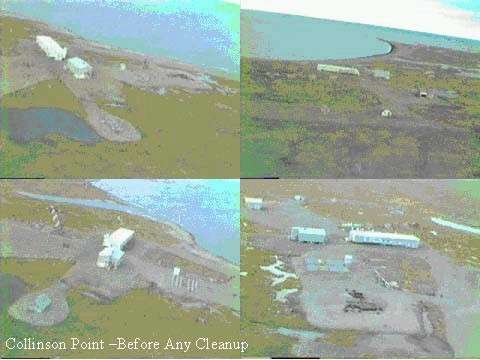 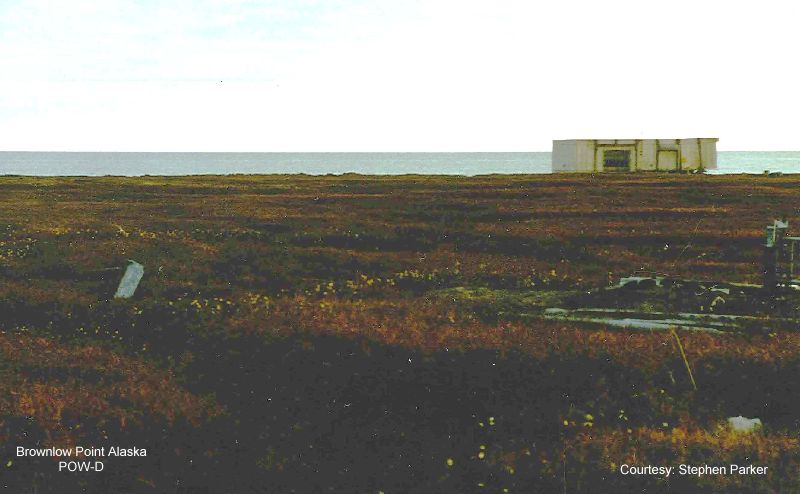 Site photo before it fell into the ocean in 1997/98. Courtesy Stephen Parker 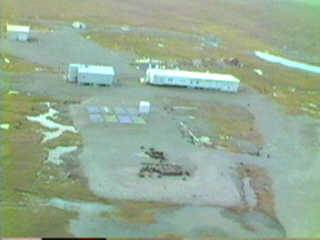 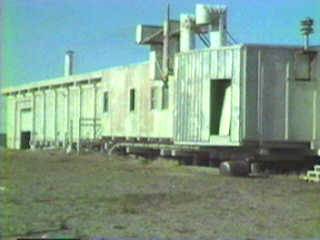 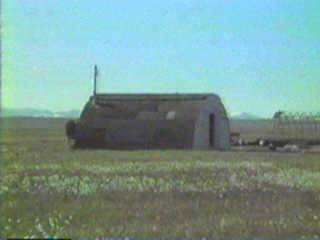 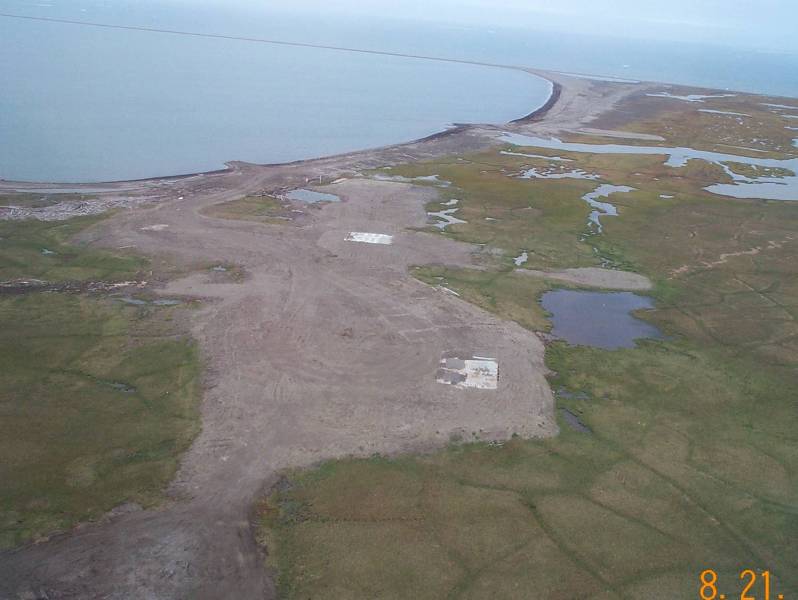 Construction Era Photos for POW-D.
The pictures below were selected from the extensive collection of Markham Cheever, the DEWLine’s Superintendent of Construction from 1953 to 1957, before the Line went operational. (Click on picture to enlarge.) 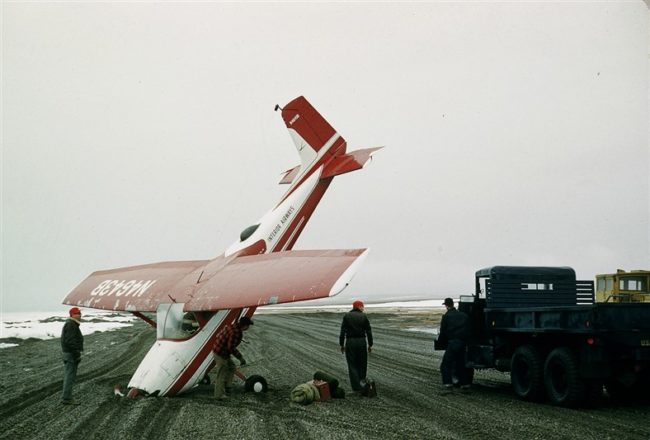 Any landing you can walk away from is a good landing in the Arctic! June 1956. 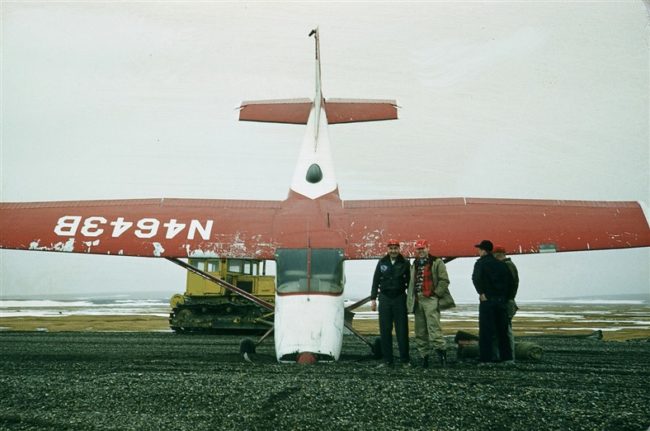 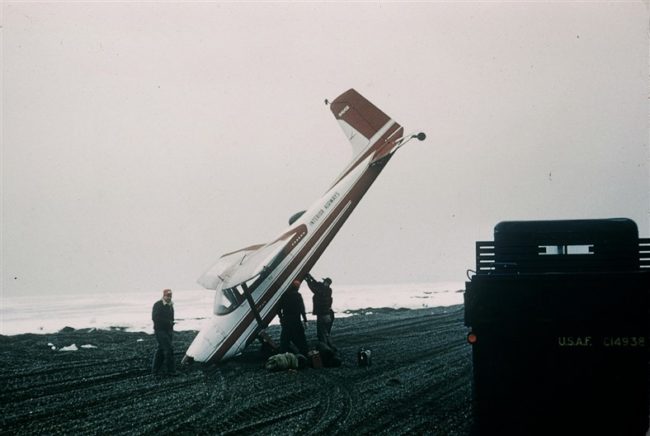 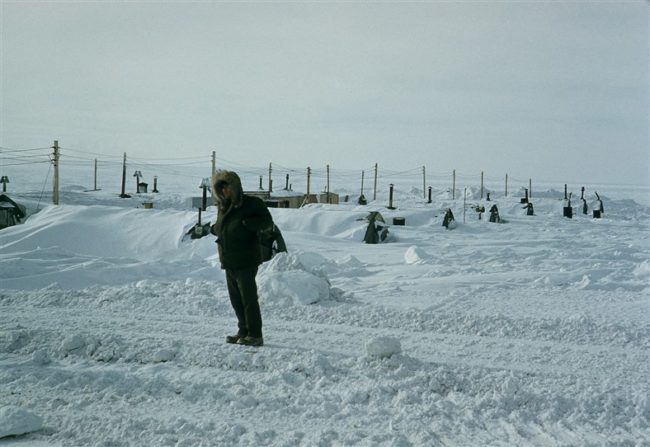 The construction camp is snowed in. May 1957. 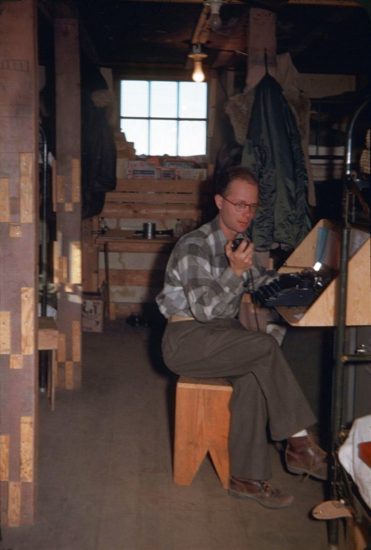 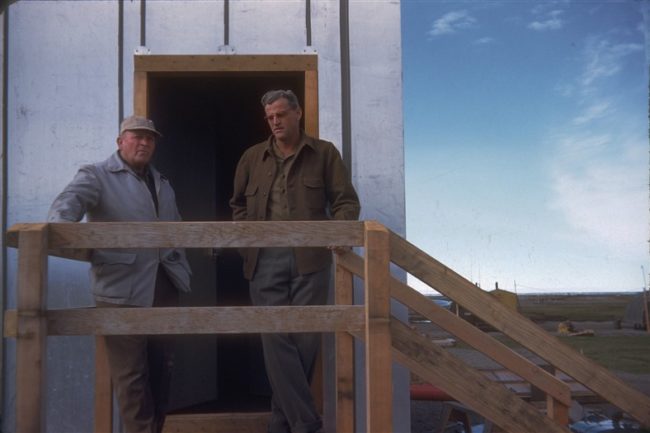