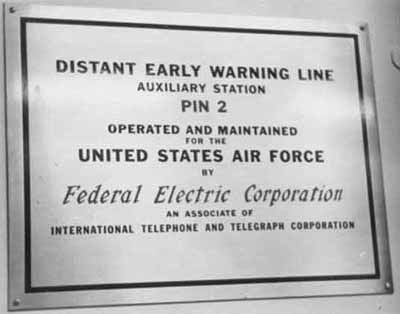 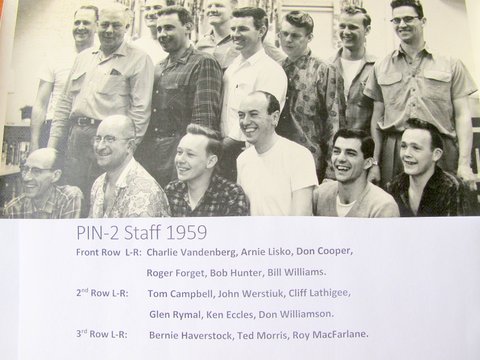 Missing from the photo was Ron Blessin who was on Console duty! Courtesy of Ron Blessin. 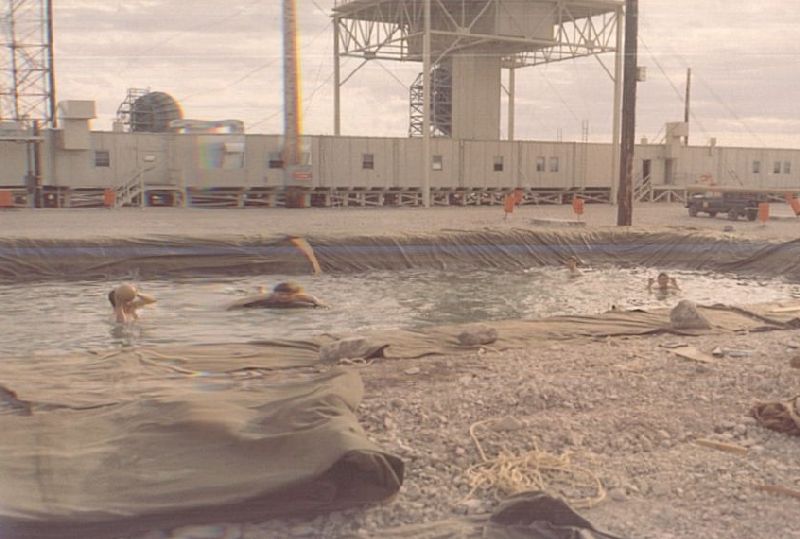 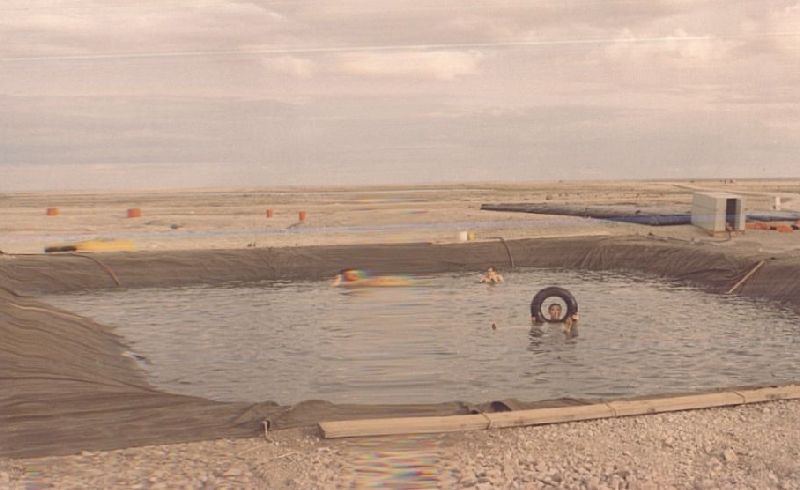 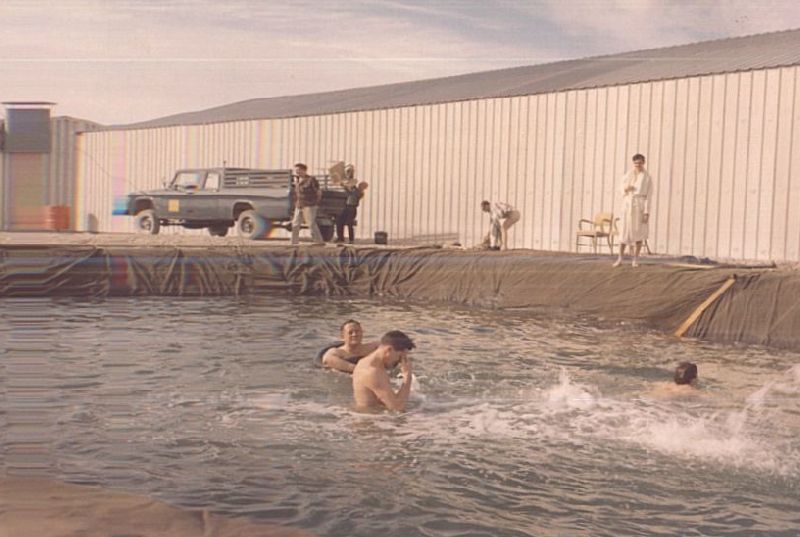 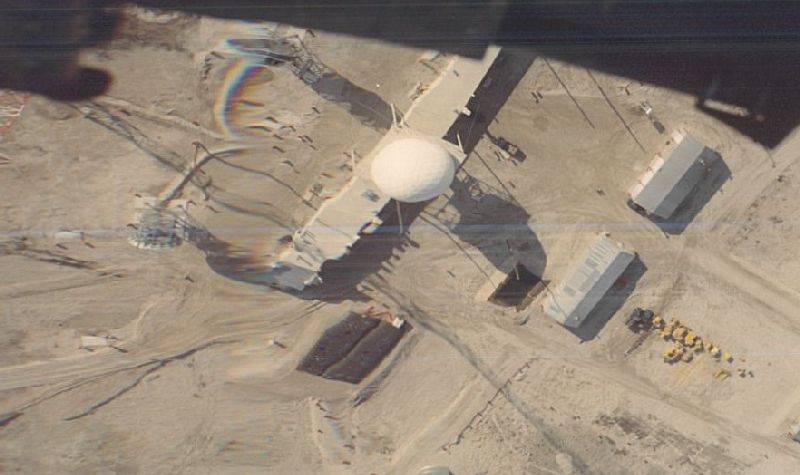 Construction Era Photos for PIN-2.
The pictures below were selected from the extensive collection of Markham Cheever, the DEWLine’s Superintendent of Construction from 1953 to 1957, before the Line went operational. (Click on picture to enlarge.) 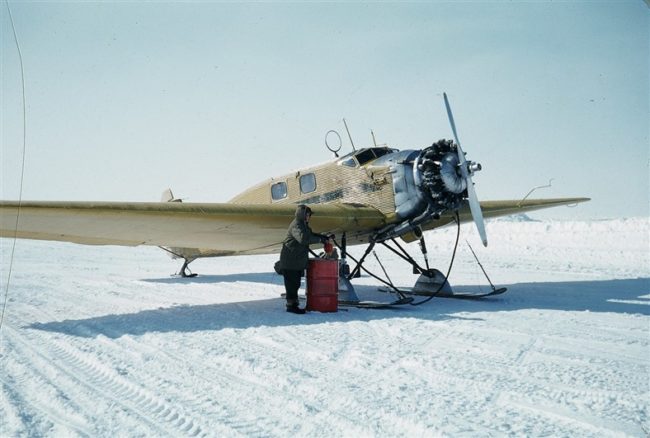 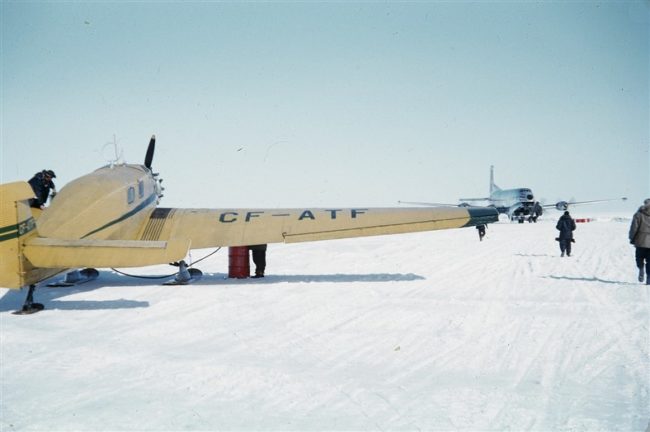 Contrasting aircraft. A Canadian Airways Junker W-33 with a C-124 way in the background. May 1955. 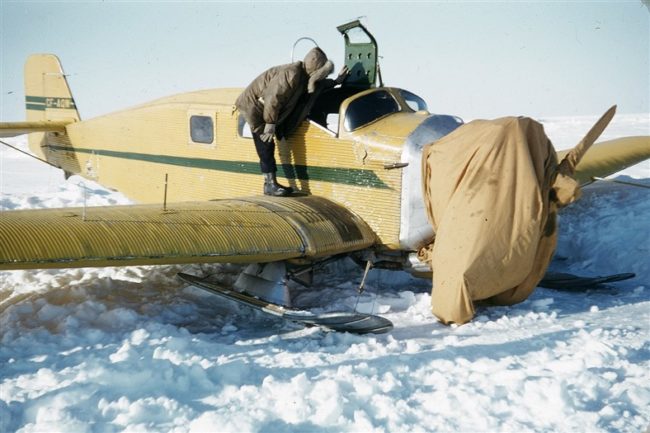 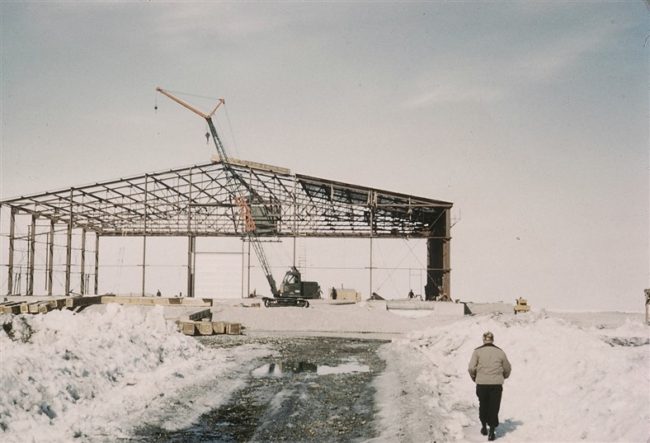 The People.
The person in the photos below, also from the Markham Cheever collection, is displayed in the hopes that someone may recognize a father, grandfather, or friend who was involved in the construction of this particular DEWLine site. 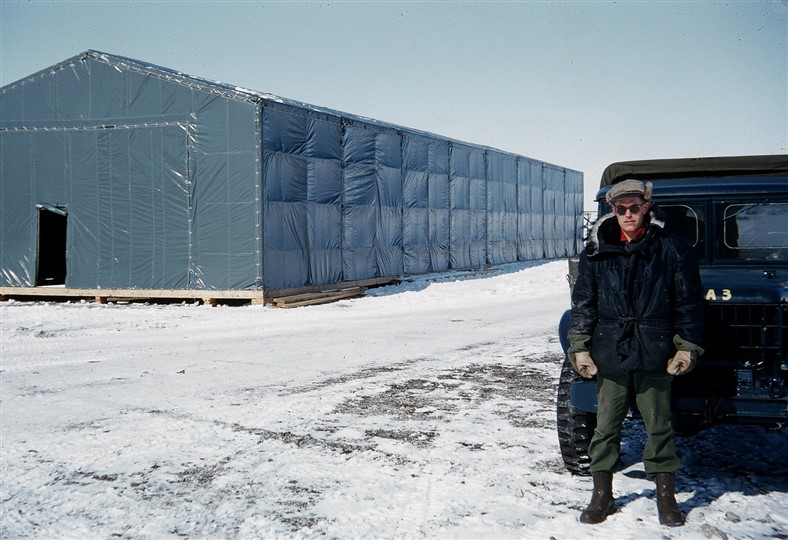 Randy Wills with the shop on the left where the modules are being assembled. May 1955.