FOX E by Martin Allinson
Fox E was about 50 miles from DYE Main and about 50 miles from FOX 5. All three stations were sited close to the coast on the highest land available. Both DYE Main and FOX E stood on high cliffs that were between 2000 foot and 3000 foot high. But there was equally high land between them. For there to be a clear path for the Air Alarm beam both the transmitting antenna at FOX E and the receiving antenna at DYE Main had to be mounted on 300 foot masts.

FOX E was built on a small island, Durban Island, that had a flat top and steep flanks. It could have no airstrip because the flat top was too small for an airstrip to have been located at a safe distance from the tower; and there was no coastal plain on which to put a strip, unlike the situation at Cape Dyer (DYE Main), Broughton Island (FOX 5), Kivitoo (FOX D) and Cape Hooper (FOX 4).

So FOX E had to be supported by helicopter flights. Okanaghan Helicopters were given a contract to keep a chopper, and a pilot and a Mechanic, based at DYE Lower for this. 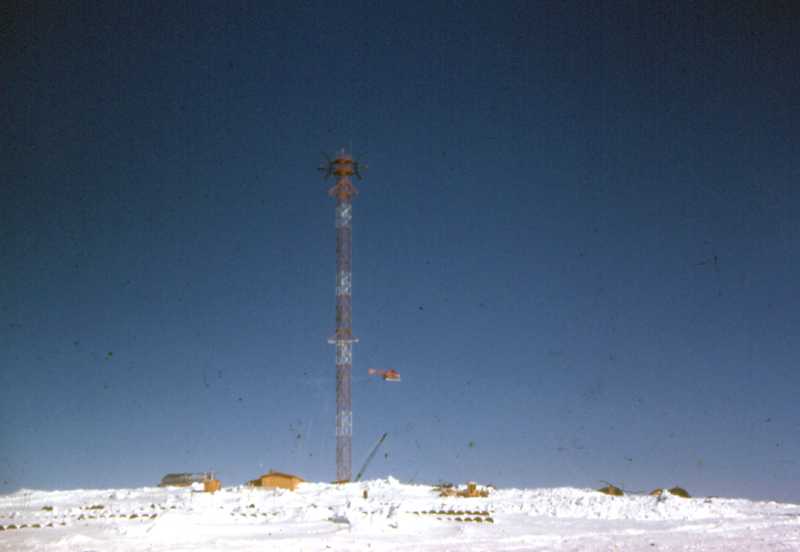 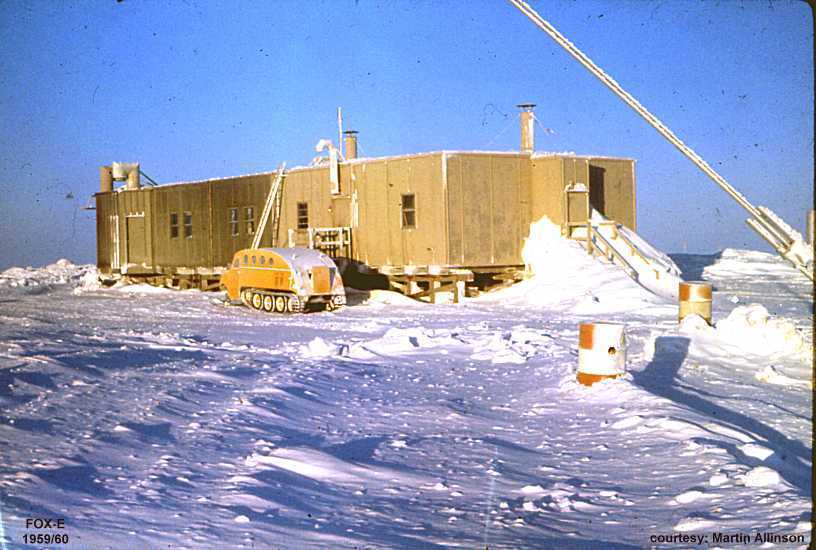 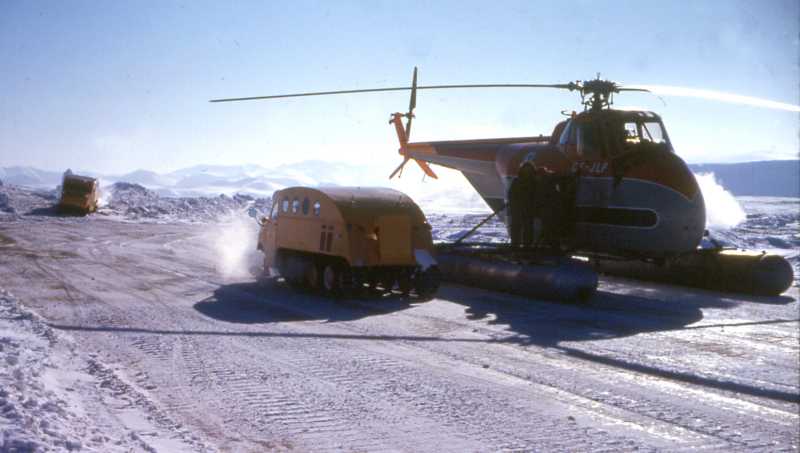 Construction Era Photos for FOX-E.
The pictures below were selected from the extensive collection of Markham Cheever, the DEWLine’s Superintendent of Construction from 1953 to 1957, before the Line went operational. (Click on picture to enlarge.) 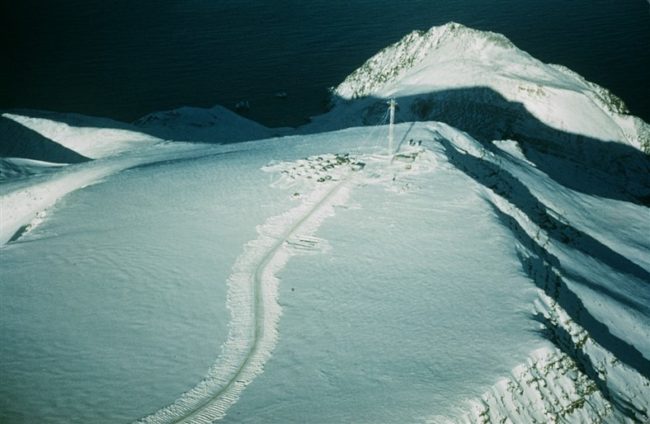 An even better view of the almost completed site showing the construction camp to the left of the module train. Oct 1956. 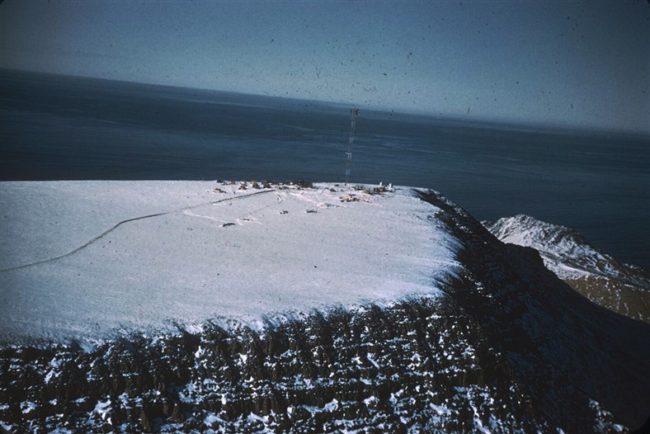 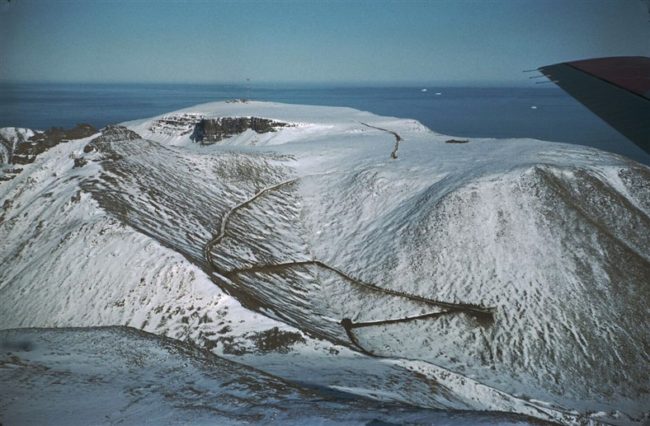 View of the road from the site’s fresh water source doglegging its way to the site (top of photo). Sept 1956.