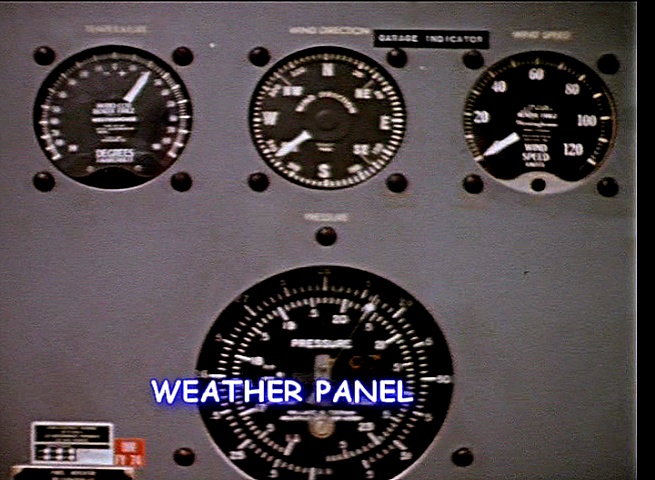 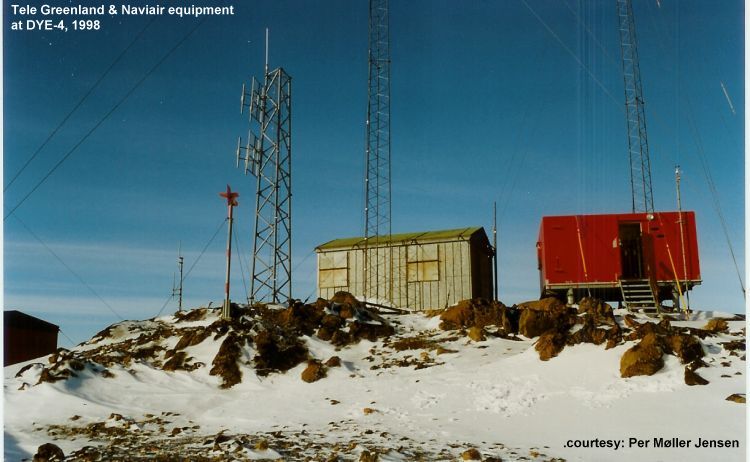 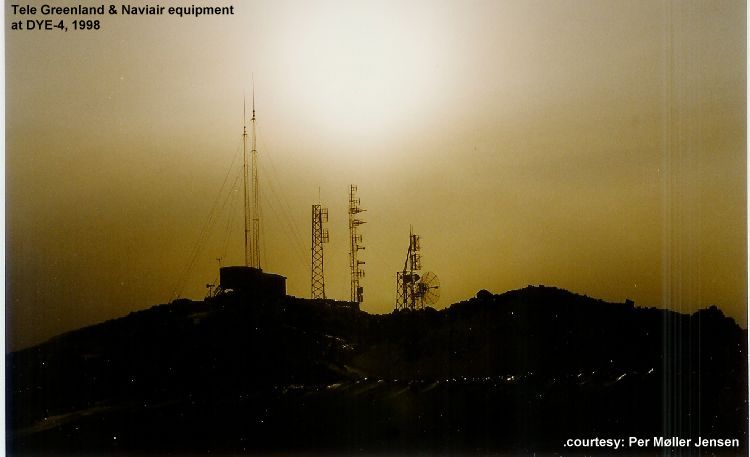 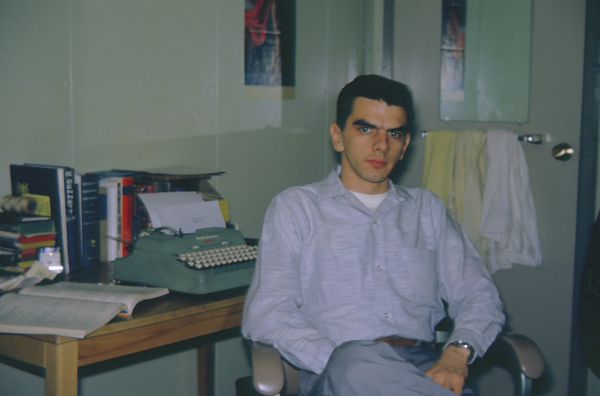 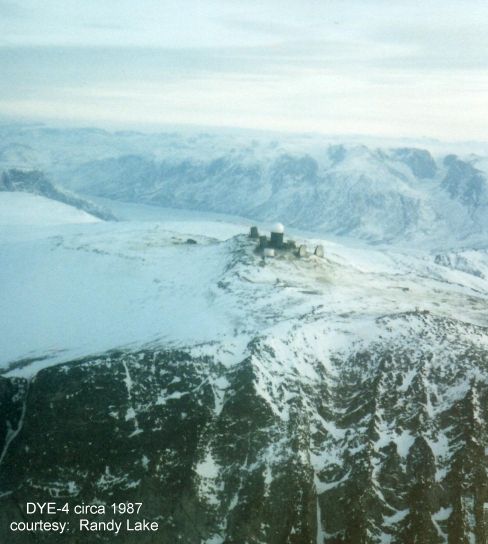 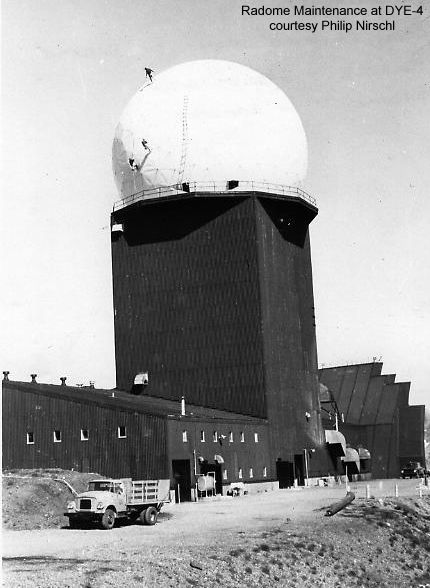 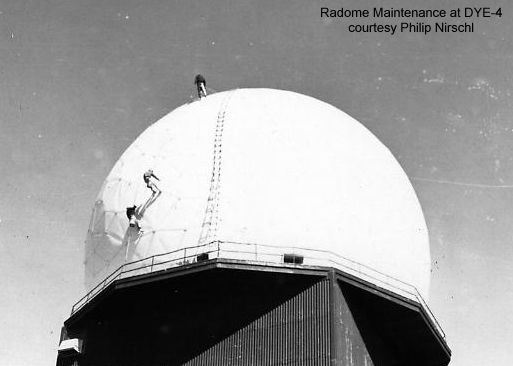 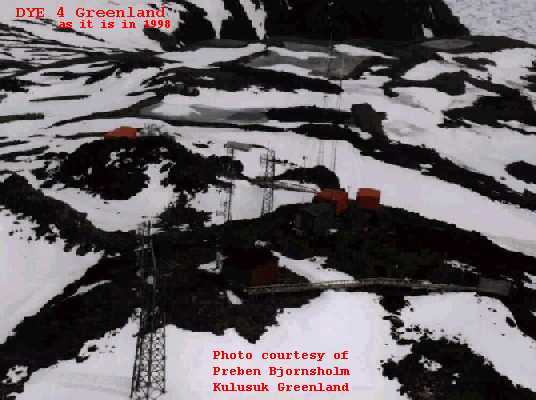 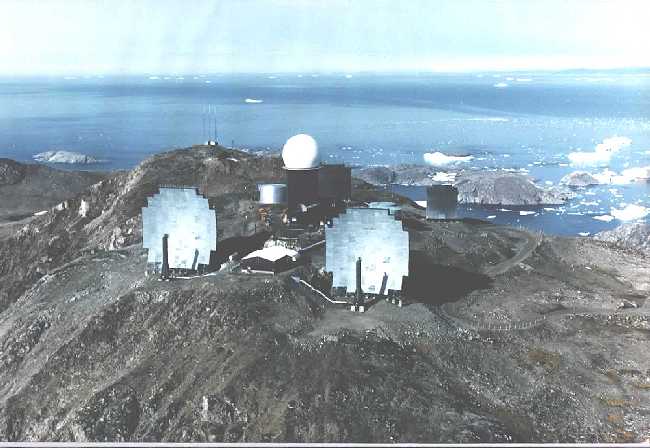 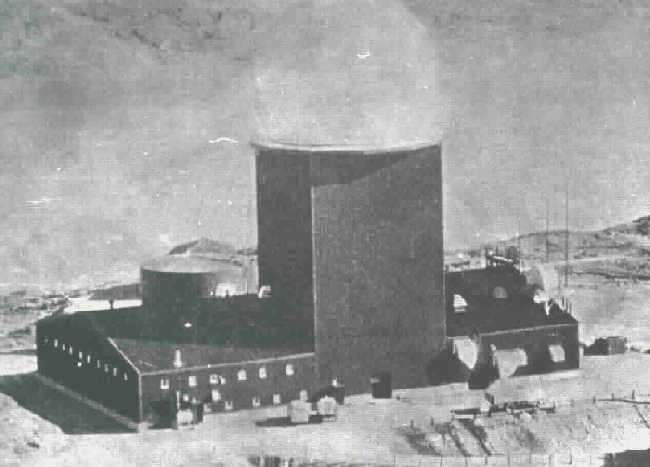 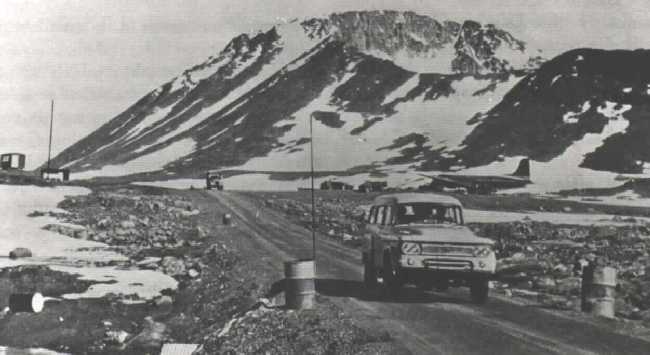 Link to “The Storm of ’73.” Story and photos courtesy Mike Shaw.

In 1958, Stan Tull was part of a team of Page Communication Engineers sent to Greenland to do the site surveys and tropo scatter path loss tests on what would ultimately be known as Dew East (DYE-1 to 5). His diary provides interesting insights into the living and working conditions on that barren land.

The following 7 photos and comments courtesy of Fred Teeter. 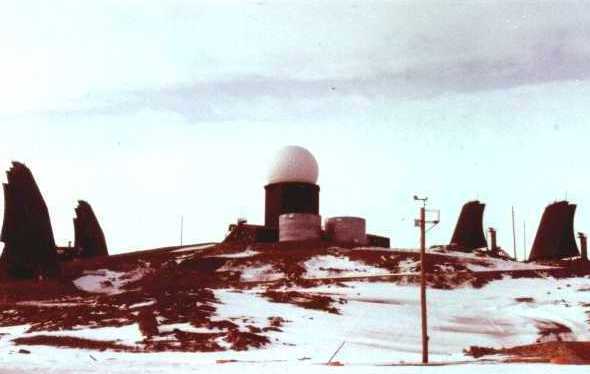 (1) DYE-4 1977. The Sector SC&E was Lee Santoleri, a hell of a good guy. ITT had the DEW Line supply and maintenance contract under a subsidiary called Felec Services, Inc. (FSI), out of Colorado Springs, Colorado. My uncle, Rodney Gray, was FSI president. DYE 4 was on the edge of a cliff overlooking the N. Atlantic with a nice clear shot with the tropospheric scatter radio antennae toward Keflavik, Iceland, and looking west, of course, toward DYE 3 on the icecap. This photo gives a good, close-in view of the entire site in profile. Note the anemometer atop a wood pole in the foreground. It frequently blew off in the more than 150 knot gusts we observed at the console. The entire station was wrapped in steel cable anchored to bed rock, so it wouldn’t blow away. During storms, I remember that the radome tower used to sway so much that the wheeled chair on which I sat during console duty would roll around the floor. 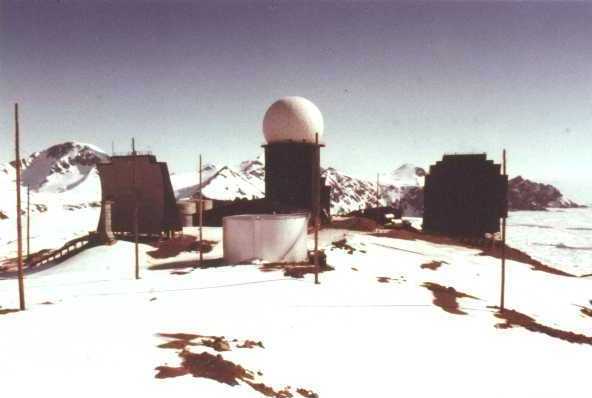 (2) DYE-4 1977. Our radio antenna for transmitting to and receiving from aircraft was right behind me. Which reminds me of a story. A follow console operator by the name of Paul Tomaszewski at DYE 3 once told a very bored Japan Airlines pilot who inquired that we were loggers. “Loggers?!” replied the pilot, “There aren’t any trees there!” Said Paul, “Don’t we do a good job?” it was funny at the time – you had to be there. By the way, the previous photo (1) was taken “down the hill” a bit to the right. This shot gives you some idea of how beautiful the vistas were. Our location atop Kulusuk Island is one of the most breath-taking places I’ve been. Given the amount of daylight and the fact that I was outside, it must have been spring. 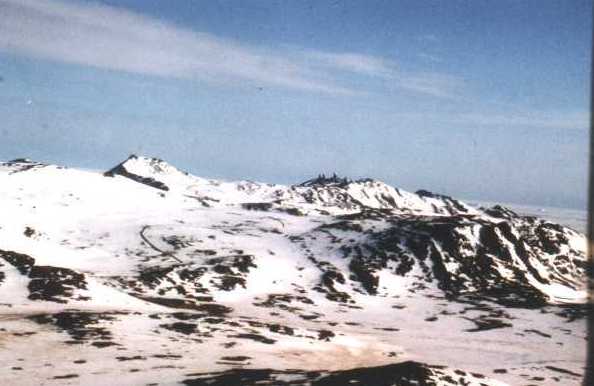 (3) DYE-4 1977. This shot makes me wistful. It was taken from the plane window as I was leaving Kulusuk Island and DYE 4 for the last time in 1977. You can clearly see the station at the top of the hill and the access road leading down to Kap Dan, the eskimo village, and the Danish maintenance station. 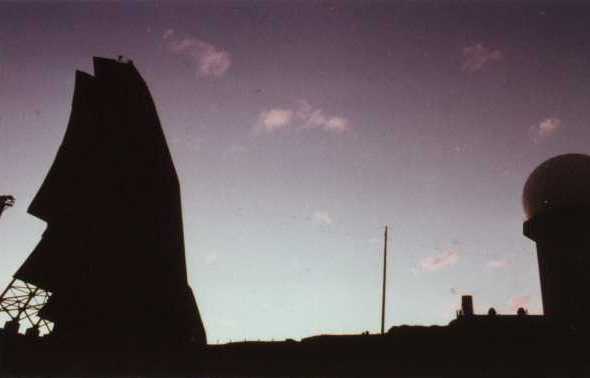 (4) DYE-4 1977. A closer shot of the DYE 4 radome tower and tropo antenna with the last vestiges of a sunset behind the station. 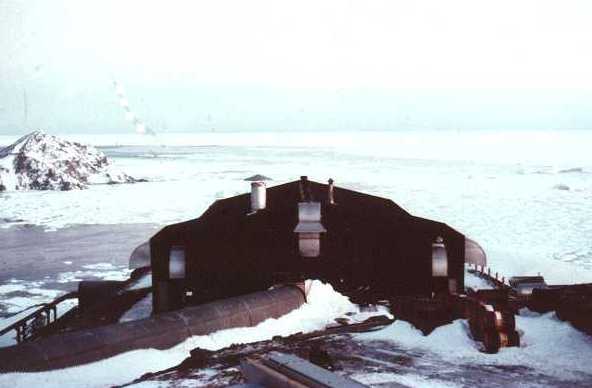 (5) DYE-4 1977. One of DYE 4’s most interesting architectural features was the Radio Terminal Building (RTB), unique among the various Greenland and Alaska stations at which I served. I don’t know why the original designers/engineers decided that the radio equipment should be somewhere other than the main station building, but it was. I suspect that the equipment originally was in the main building, but was moved to the RTB later when the Air Force upgraded the tropo scatter gear. Anyway, our situation, atop a 1,000 ft high N. Atlantic cliff where the wind could be absolutely ferocious coming off the water, made getting to and from anything outside a very dicey proposition. Therefore, the tunnel you see in the left foreground, which connected the RTB with the main station. I have one very poorly lit picture of the interior of the tunnel. I have no shots of the inside of the RTB, which I recall visiting just once. I do remember that a Klystron sprang a leak once there and a bunch of our techs ended up tramping around in PCBs for the better part of two days. I’m not in touch with any of them anymore (don’t even recall their names), but I occasionally wonder if any of them contracted cancer from dealing with that stuff. I’m not sure that the whole PCB scare was ever accurate, actually, but I do wonder. The beautiful N. Atlantic is in the background, of course. 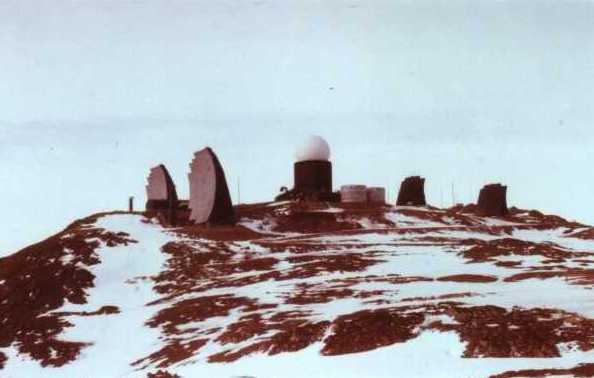 (6) DYE-4 1977. Like photo (1), this is a profile of DYE 4 taken farther down the hill toward Kap Dan. The tall thin vertical towers between the two tropo scatter antennae to the left are the aircraft radio towers I mentioned earlier. 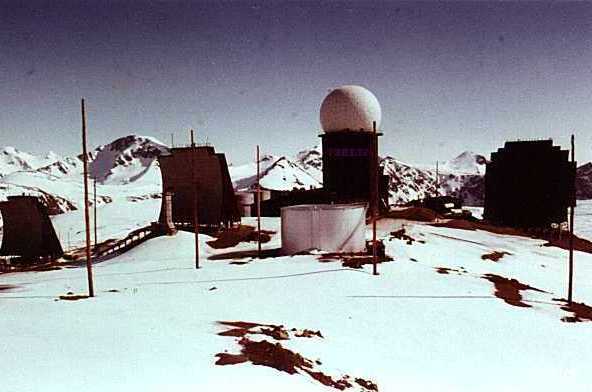 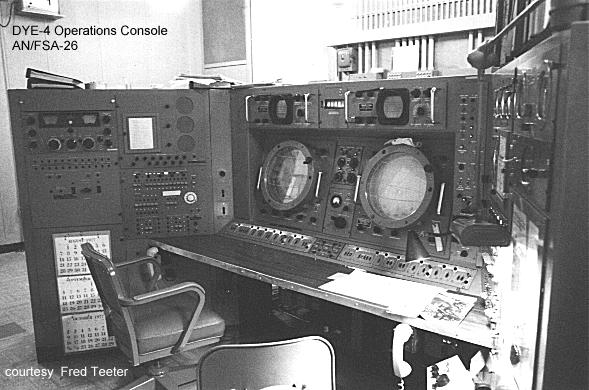 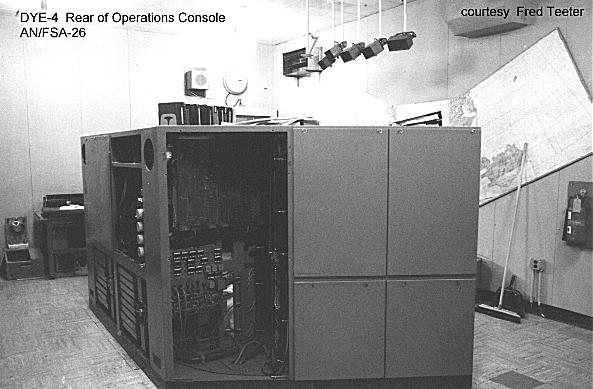 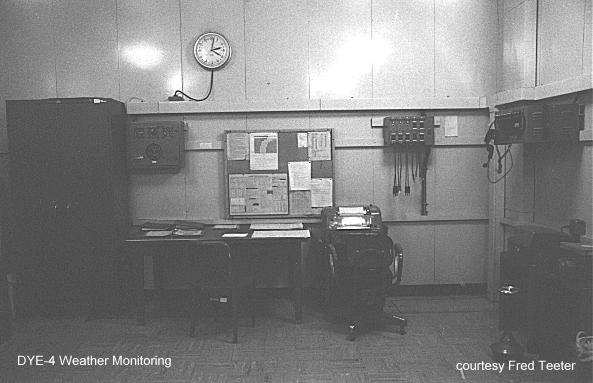 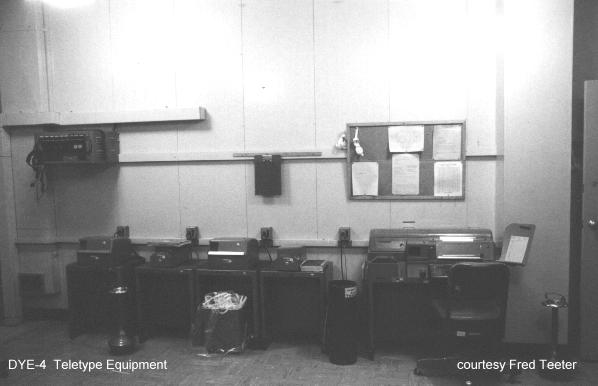 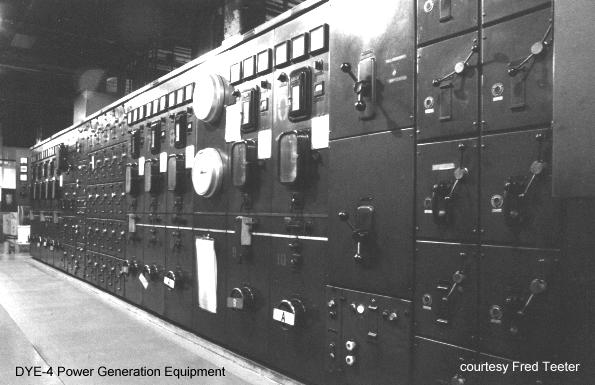 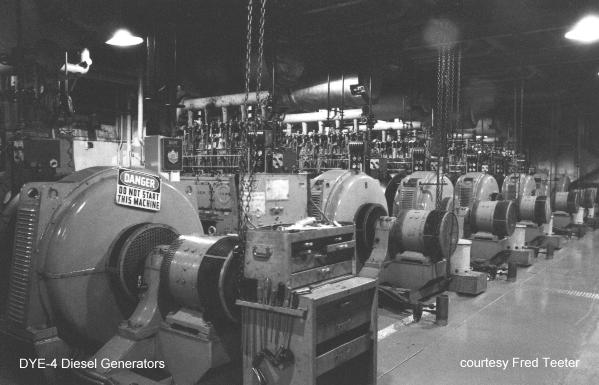 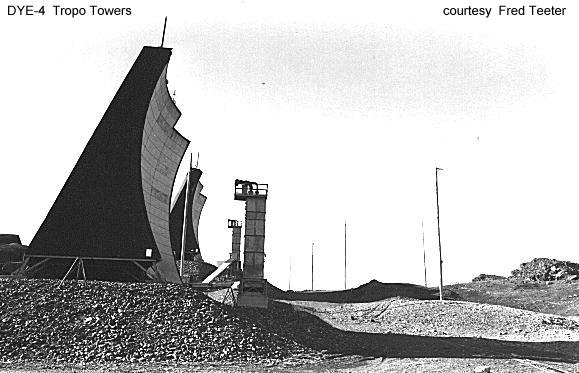