PHOTOS
Link to a photo story of The Construction of Ice-Cap site DYE-2. Courtesy Bill Lane. 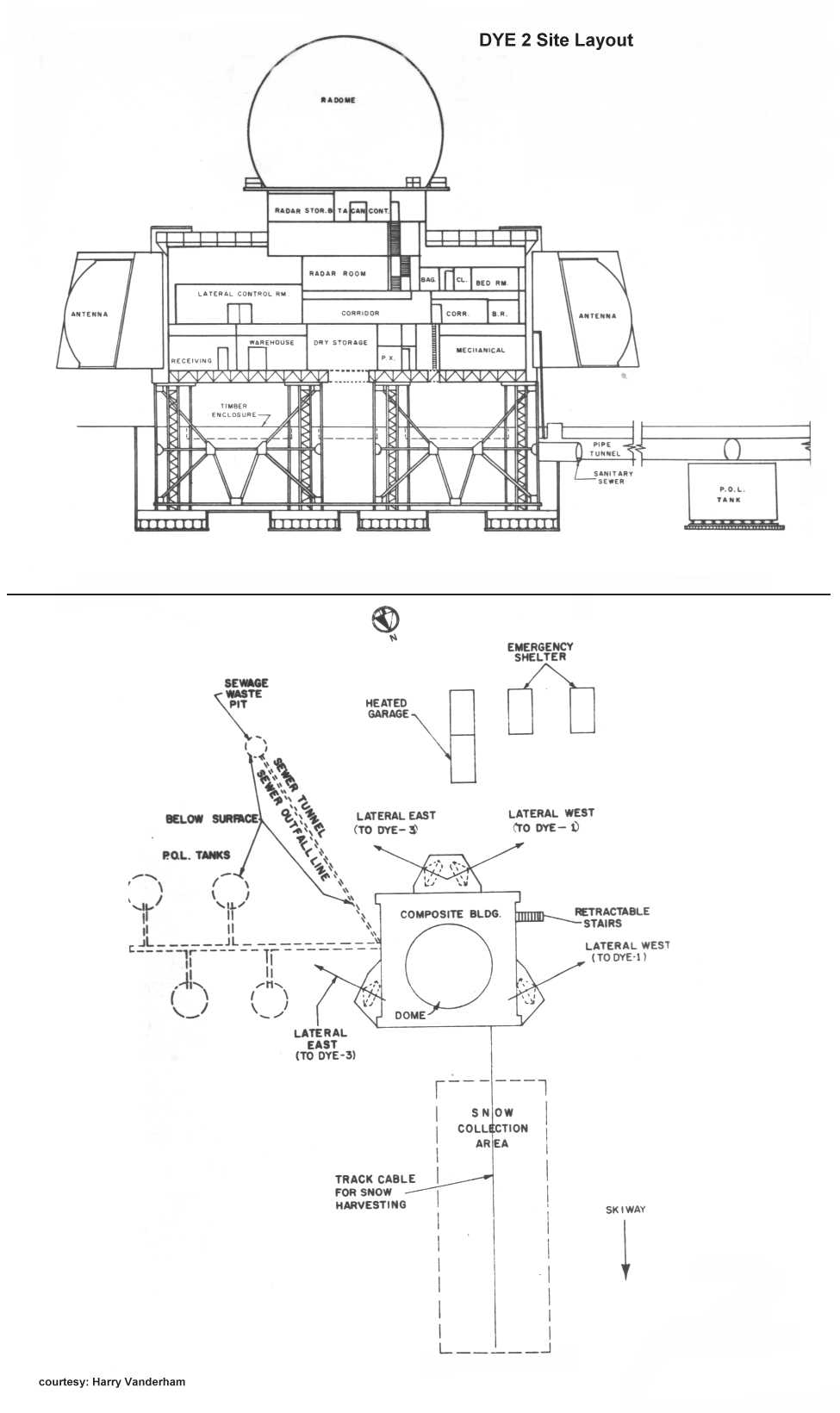 As the years go by and the snowy terrain continues to rise, the site will be ultimately covered and disappear to become a frozen time capsule. 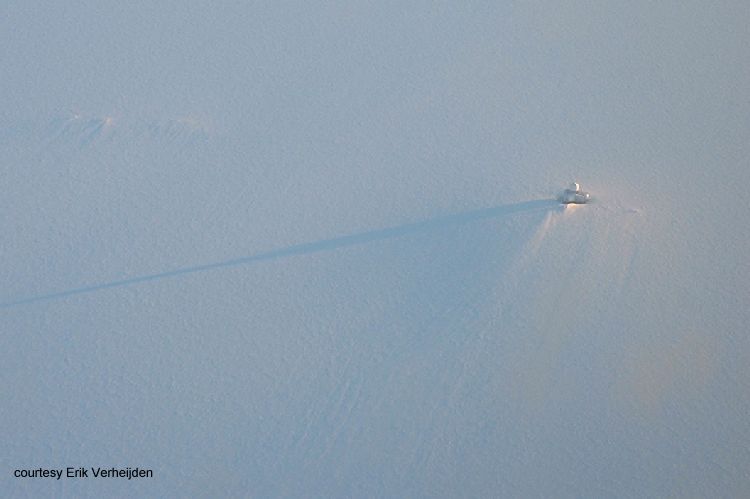 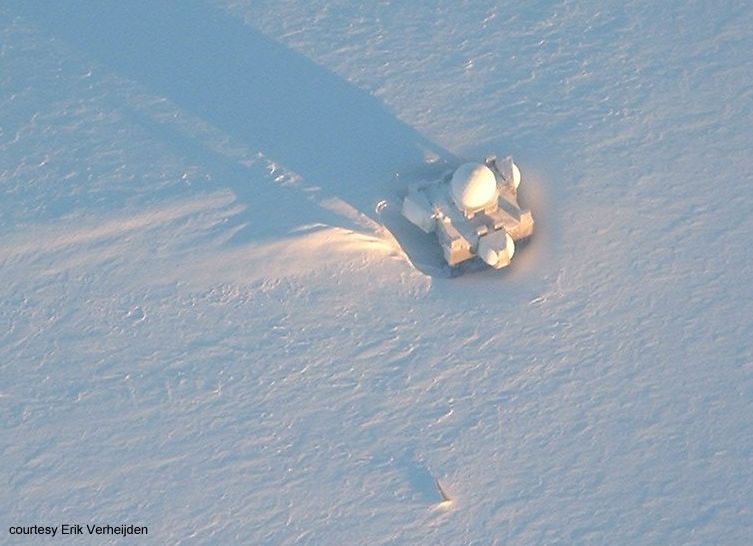 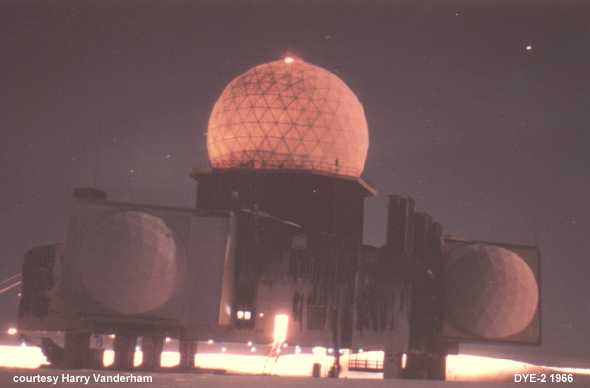 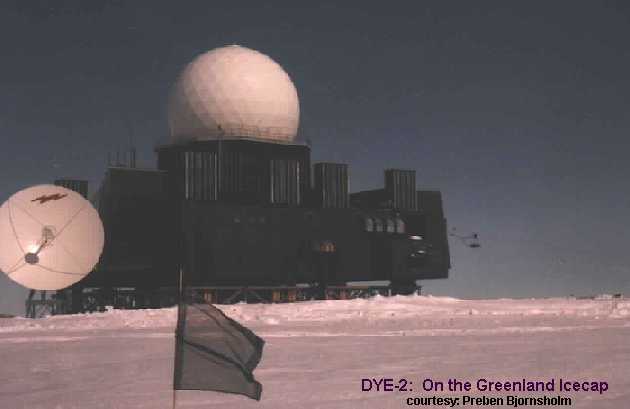 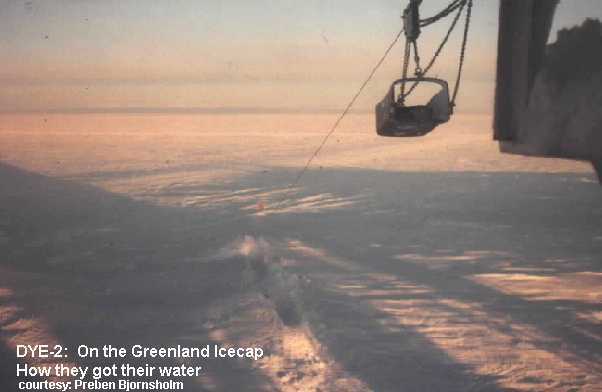 How they got their water. Drag bucket. 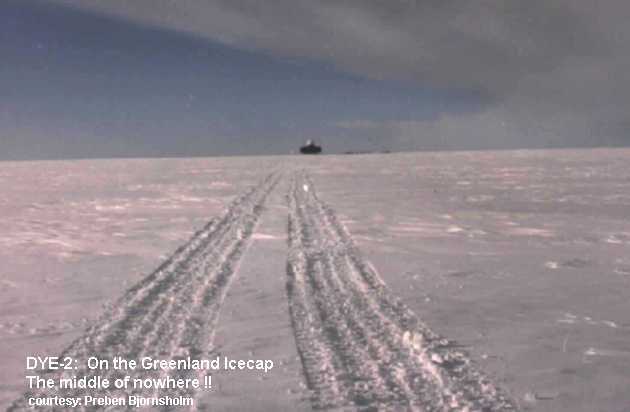 The middle of no-where!! 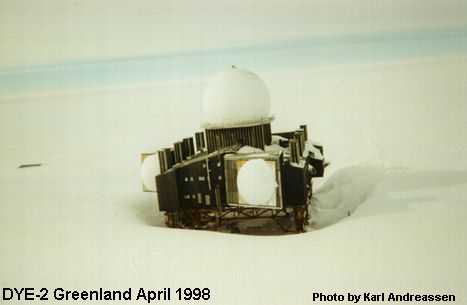 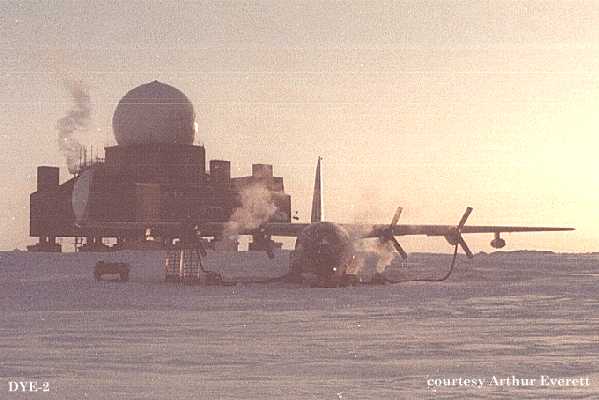 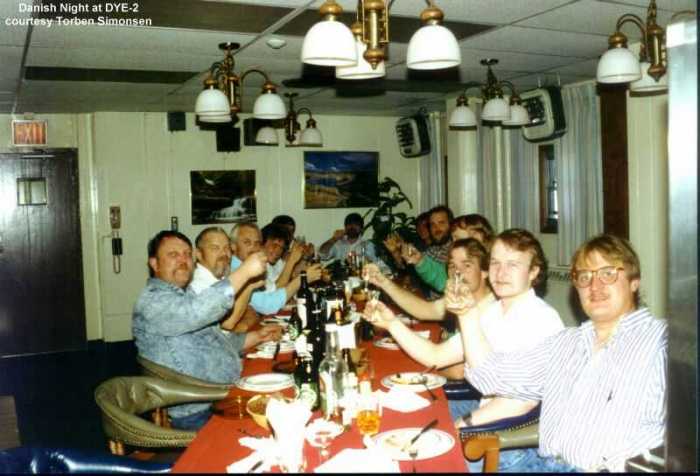 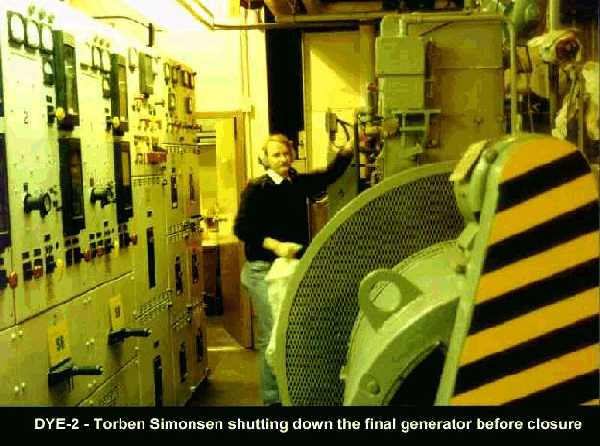 In 2014, Toke Brødsgaard, an Air Greenland employee, had an opportunity to visit DYE-2. He and his helicopter pilot spent 20 interesting minutes at the site and took the following photos. 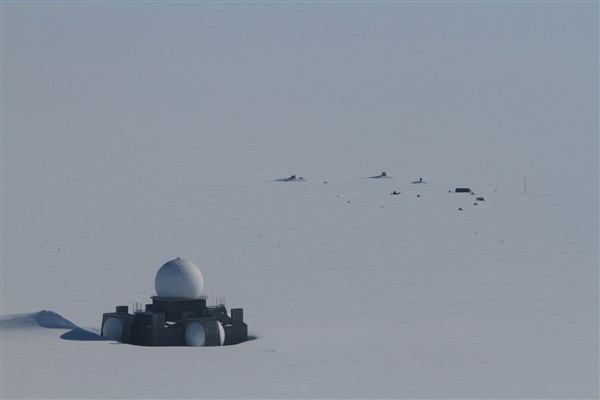 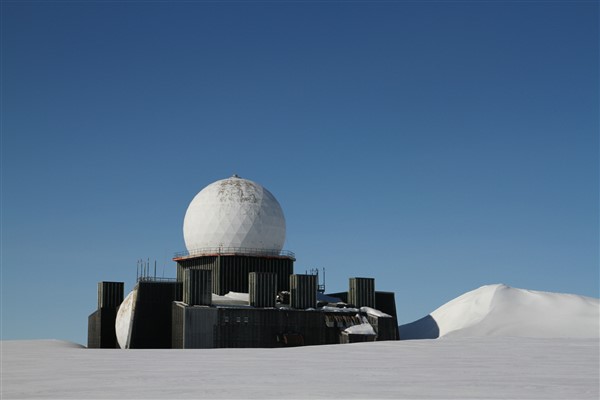 How many more years before the site will be completely covered? Courtesy Toke Brødsgaard. 2014. 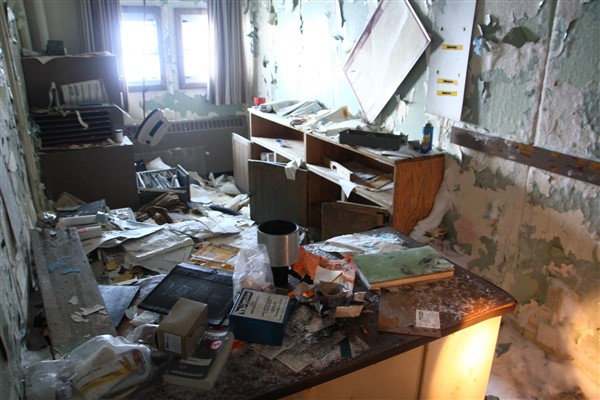 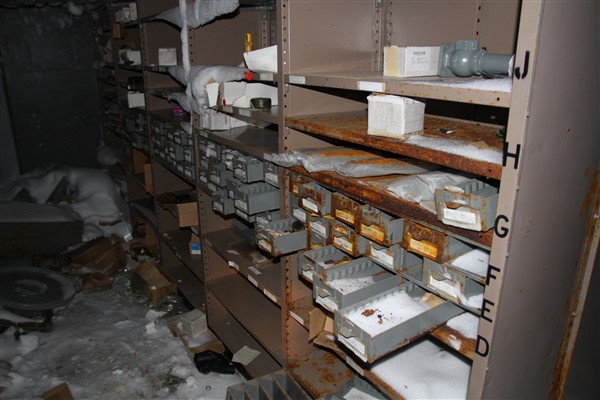 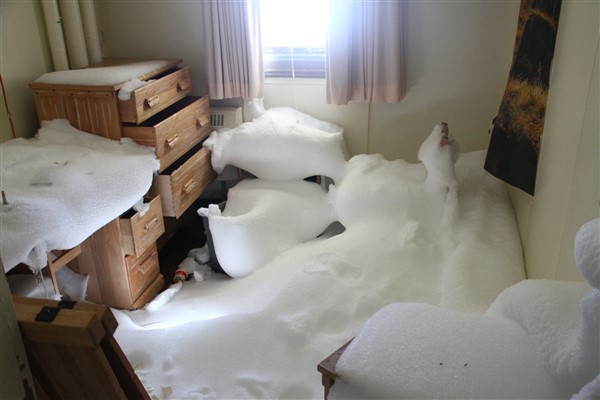 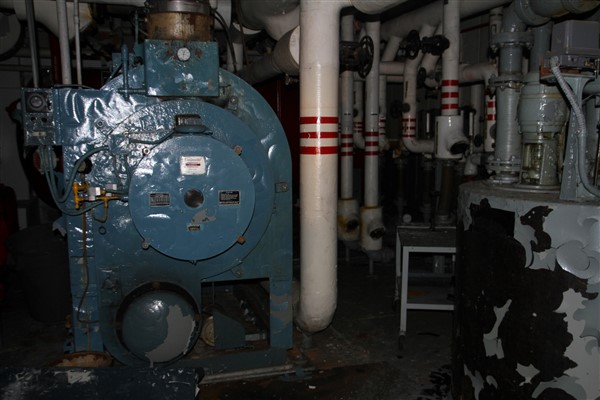 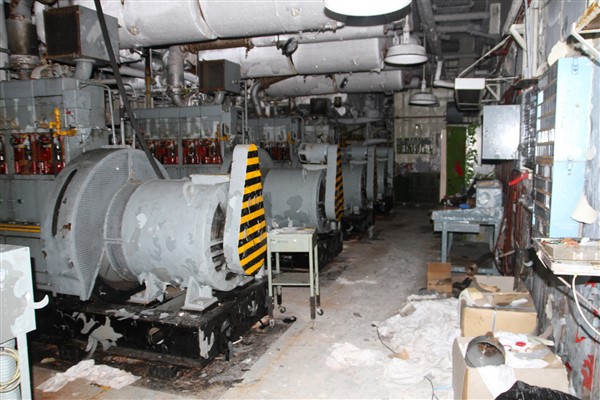 Story & Photos.
A link to a visit to abandoned DYE-2 in July 14-19 2003. Story by Michael Lamendola, photos by SSgt Cathy Perretta. Interesting photos from inside the abandoned building.

Video
Inside Dye-2. Have a look around inside the now abandoned Dye-2 site. It seems as if the former occupants just dropped whatever they were doing and left. (3:59 minutes).