It was ol’ “769” that brought us the mail, movies, food, beer/booze, etc. back in the good ol’ days. She also provided for all the lateral transportation of personnel within the Sector, the foremost variety of which was to haul our collective butt to Bar Main to catch the vertical flight when we were due for vacation.

Having served as Sector Radician during 1967-69, I believe I chalked up as many, if not more, flying hours on the ol’ bird than anyone in the Sector except the pilots.

Back in 1964, Tom Healy was a Station Chief in Alaska Sector. Tom was an accomplished artist and, also, something of a comedian. He compiled a list of funny stuff relative to 769 and used it to create the attached cartoon of the old girl. He gifted the cartoon to Lee, the pilot of 769 during the early/middle ’60s. It hung on Lee’s wall in a frame for four decades before he gifted it to my wife and I.

I thought it only fitting that the cartoon be made available to viewers of Larry Wilson’s Dewline website. I hope that those who see it will get as big a charge from it as I did! 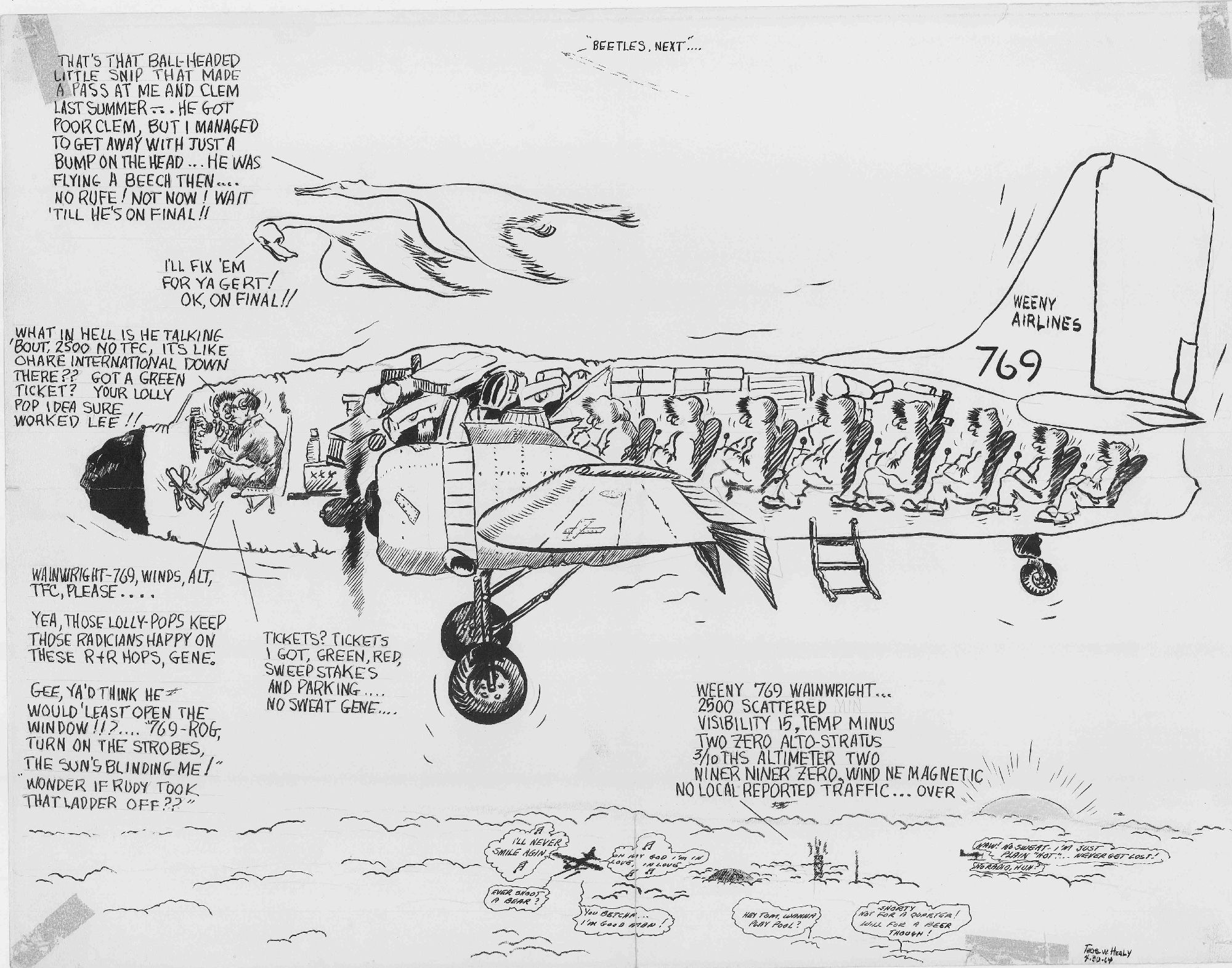