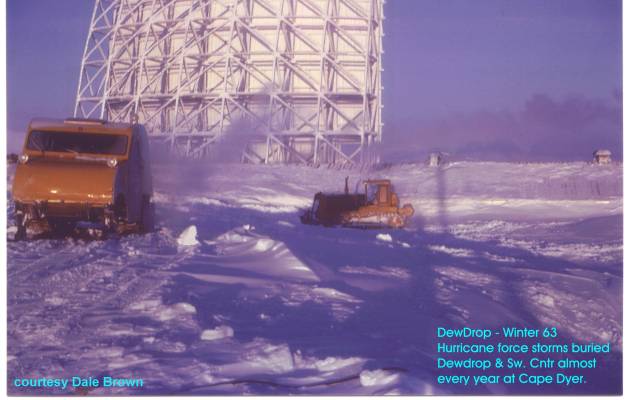 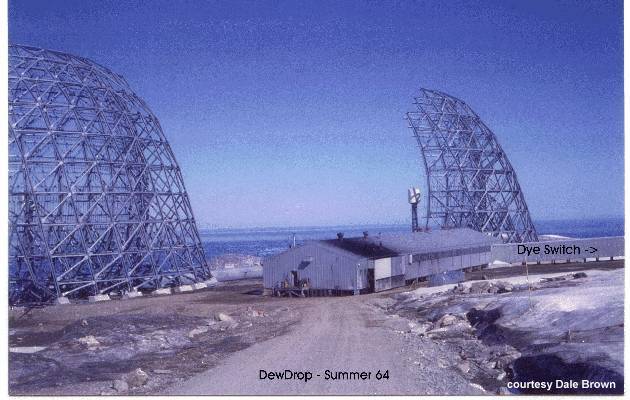 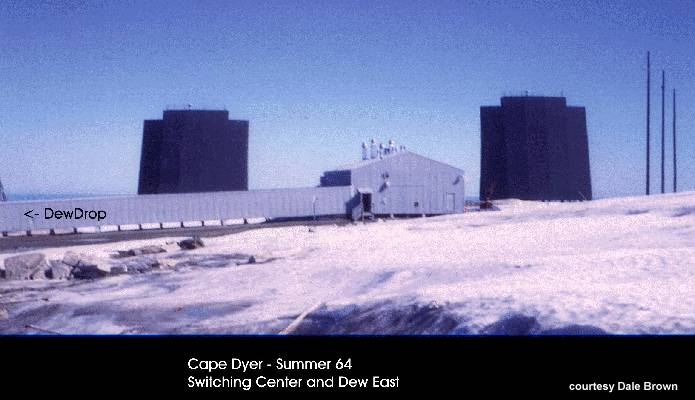 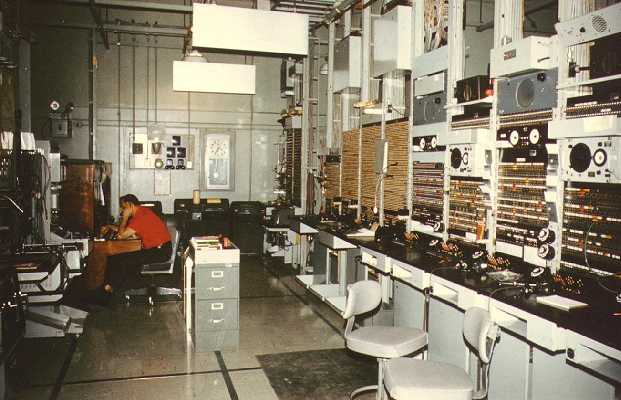 This isn’t really in DewDrop but is the switching center and DewEast building. DewDrop, along with a Logistics area and the Power Room, were in a separate building, although connected by a “tunnel” The various control boards to the right in the picture were where the Cape Dyer Controllers operated as Master Control over BMEWS and DCA (Defence Communications Agency) circuits ranging from Thule; Fylingsdale, England; Saragoza, Spain; to Cheyenne Mountain; Sunnyvale, Calf.; as well as System Control from DYE-5 to BAR-M and Thule to Goose Bay. The DewEast FRC-39 is beyond those boards on the right. To the left (between the camera and the switchboard) is L-Carrier equipment and patch boards.

The following 6 photos were taken this past summer (2001) by Will Ratliffe. Descriptions by Dale Brown. 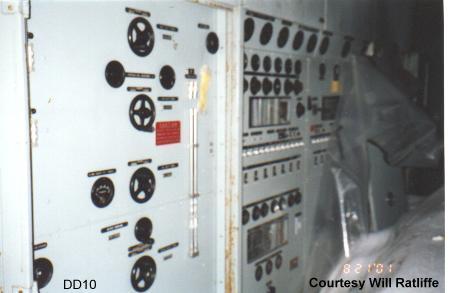 This is the FRC-47 Transmitter Power Amp containing the 100kw klystron (by far the biggest klystron I have ever seen) and all the plumbing for a truly massive heat exchanger. 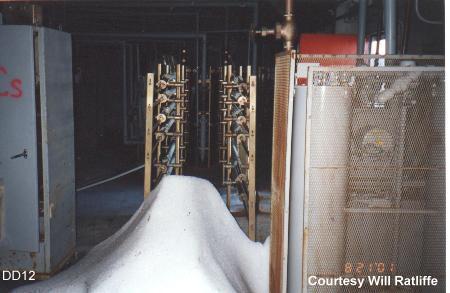 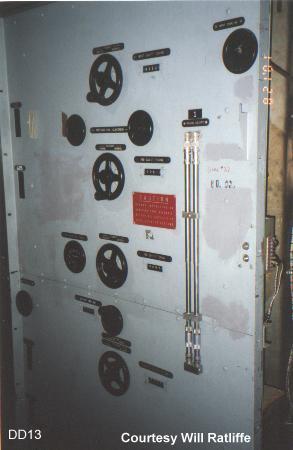 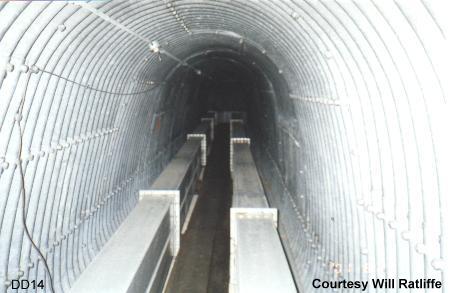 Waveguide tunnel going out to the feedhorns to the 120′ dishes. 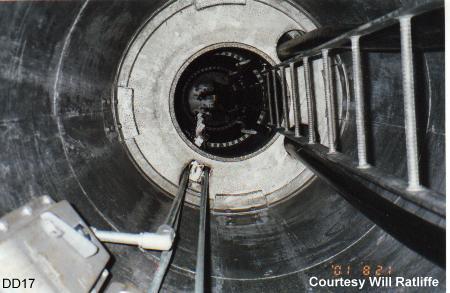 Inside the feedhorn looking up. 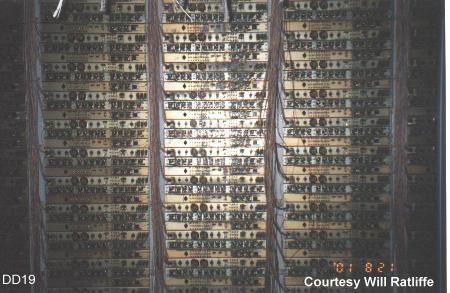 I think this is some MUX (multiplex) equipment that was installed during construction but never used. By the time DewDrop was up and running, Lenkurt had developed some much more compact stuff that was also more reliable. This stuff just sat there collecting dust all the time I was there.

Additional comments by RE Heath:
The terminal equipment is teletype repeaters and there are 36 of them. When the DewDrop site was turned over from the installation contractors (General Electric and Page Communications) to the M&O contractor in 1960, when I was lead radio technician, they were all unused. One day I put all 36 of them in series along with our Model 28 teletype and then pressed one letter key on the teletype keyboard. That letter continued to print on the machine indefinitely just as I expected it should. That happened because of the short delay inherent in each repeater. It wouldn’t surprise me if that was the only time all those repeaters were ever used. 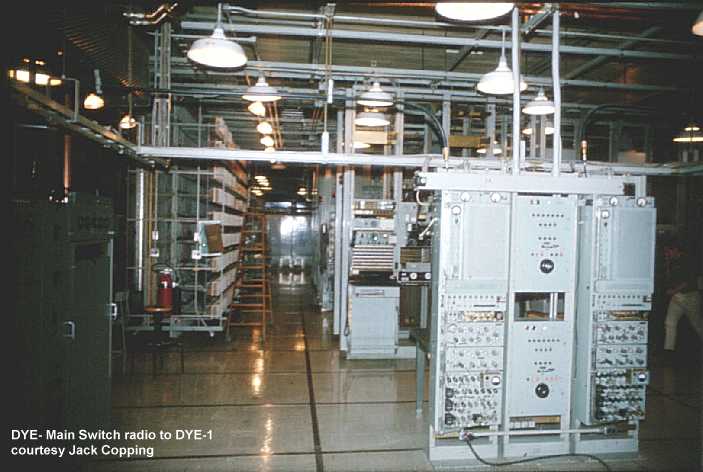 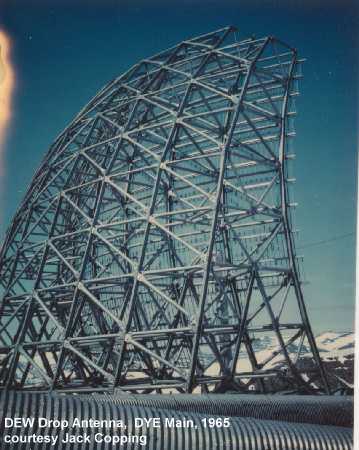 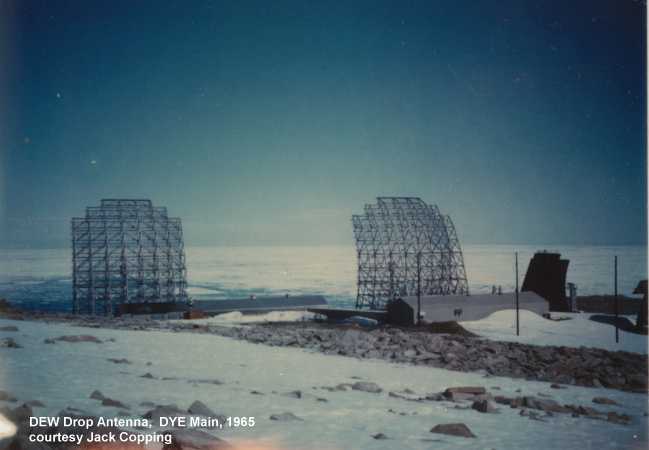