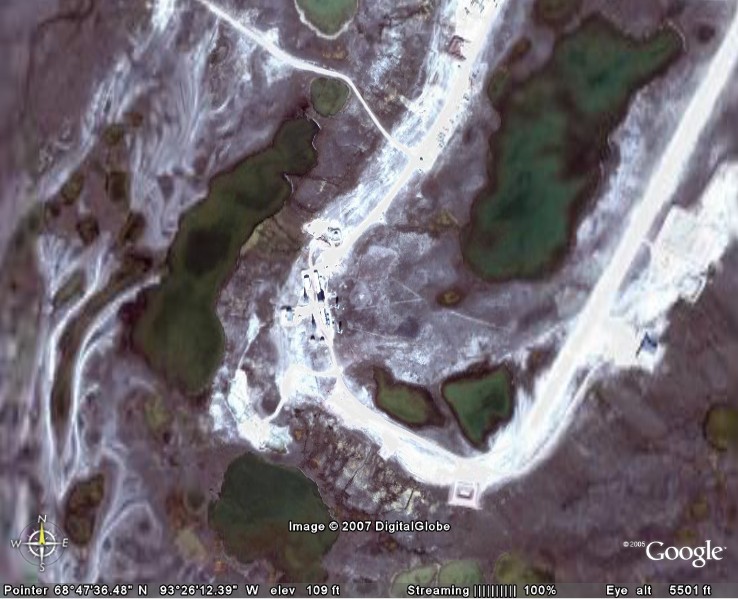 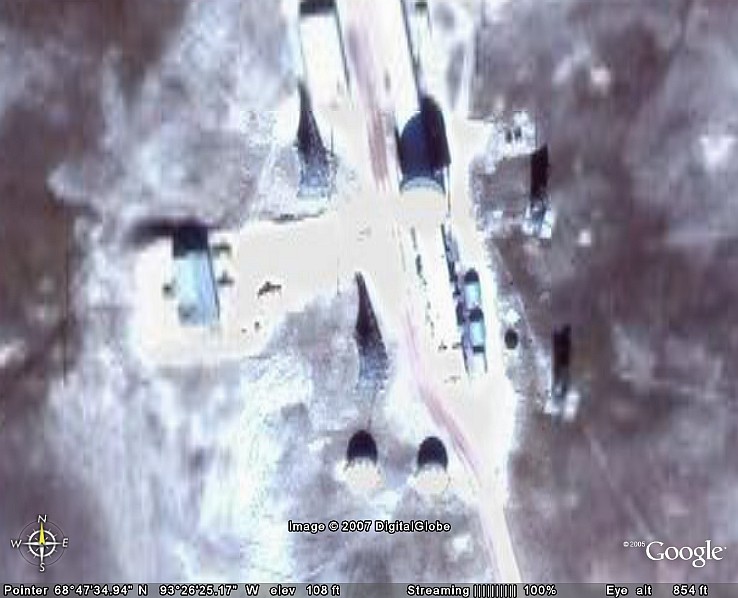 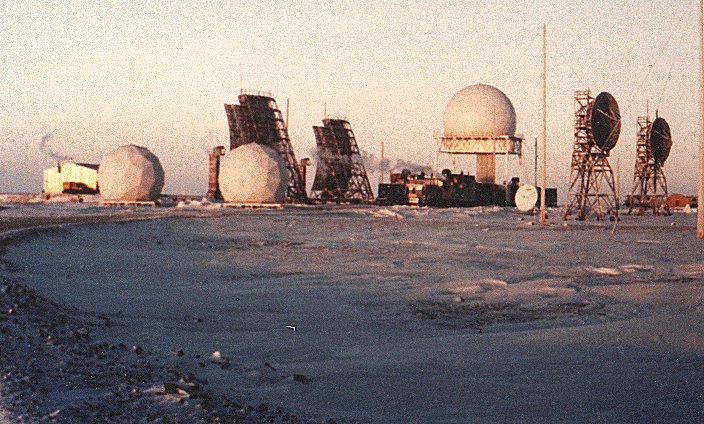 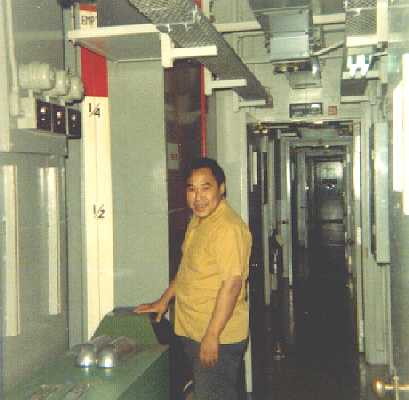 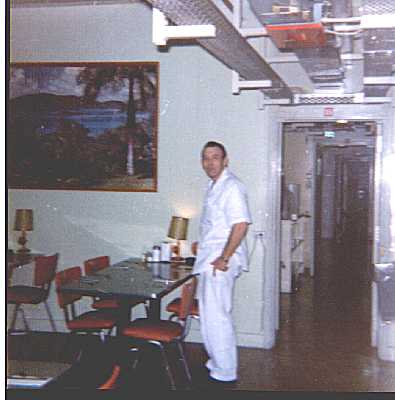 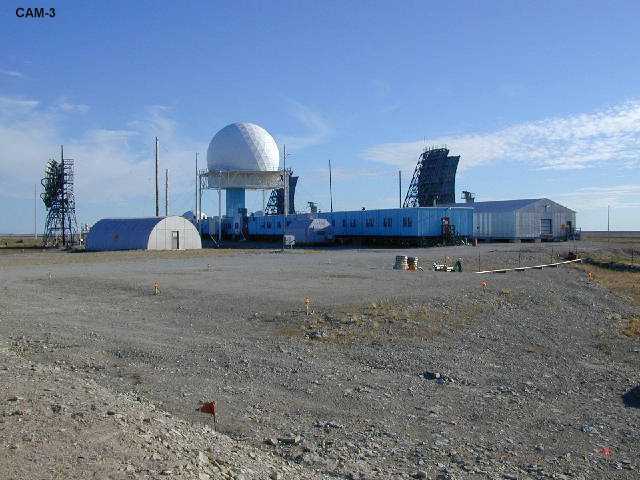 View of the site from the north taken Jul/Aug 2000. 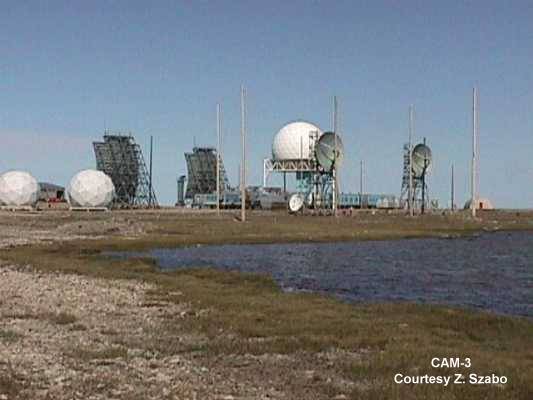 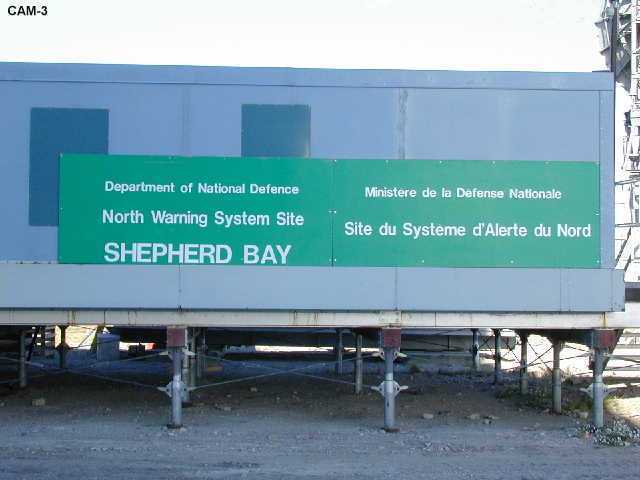 Construction Era Photos for CAM-3.
The pictures below were selected from the extensive collection of Markham Cheever, the DEWLine’s Superintendent of Construction from 1953 to 1957, before the Line went operational. (Click on picture to enlarge.) 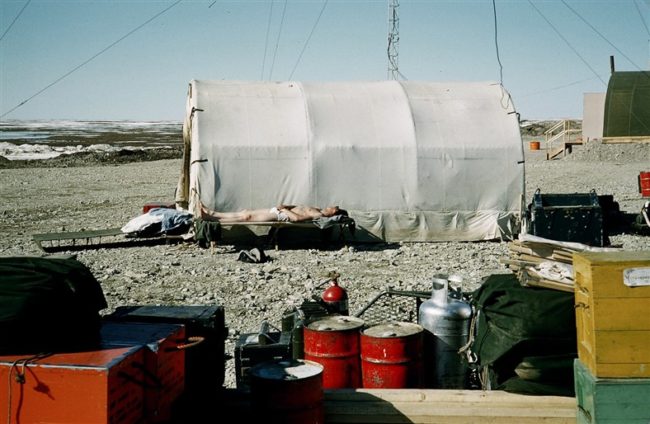 Unknown sunbather taking advantage of the summer sun outside their sleeping accommodation. June 1955. 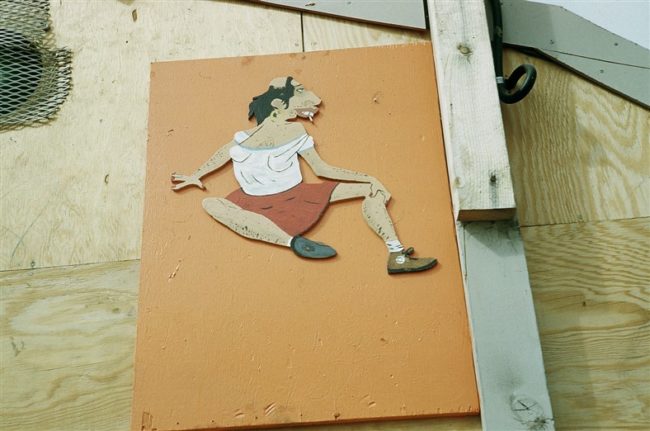 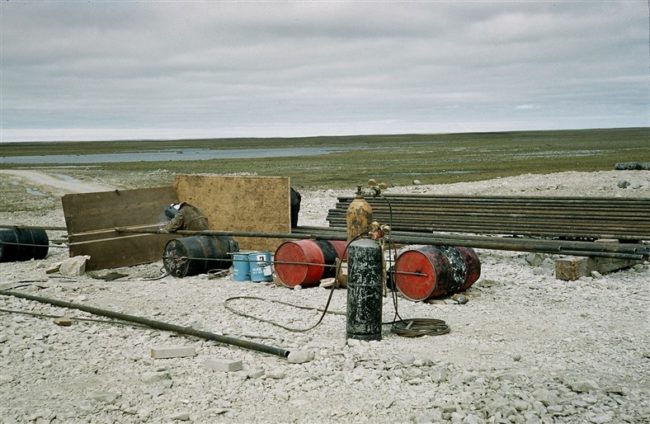 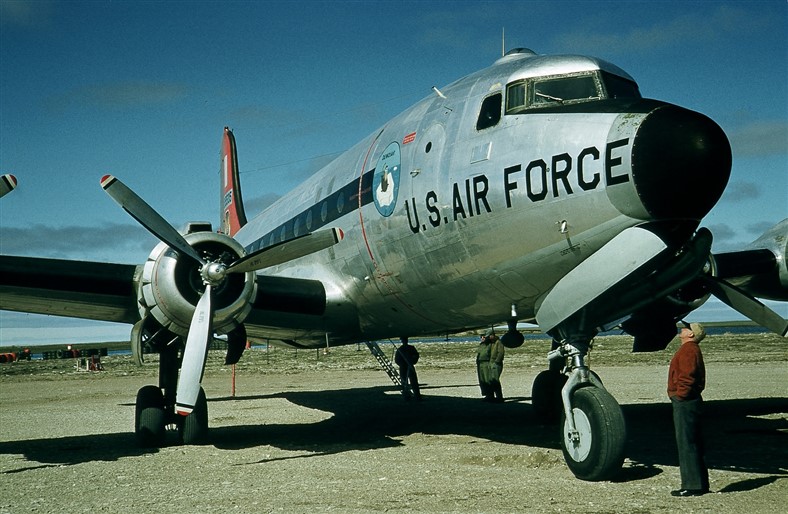