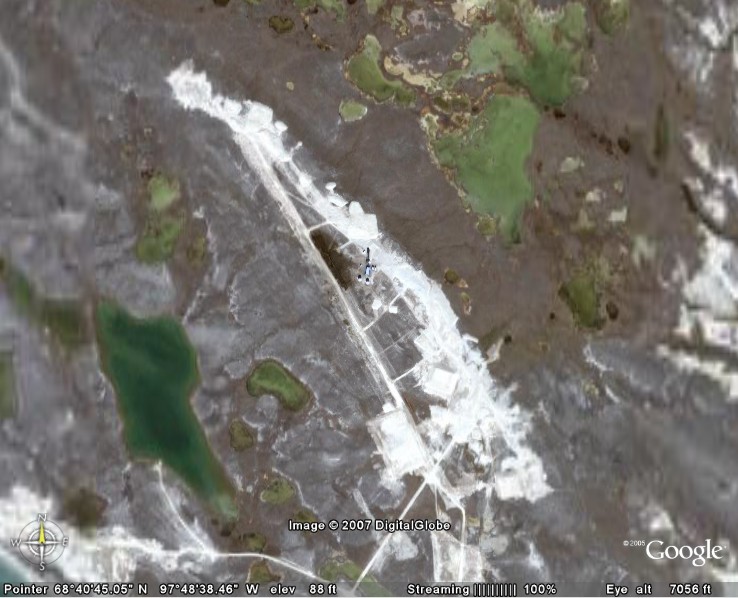 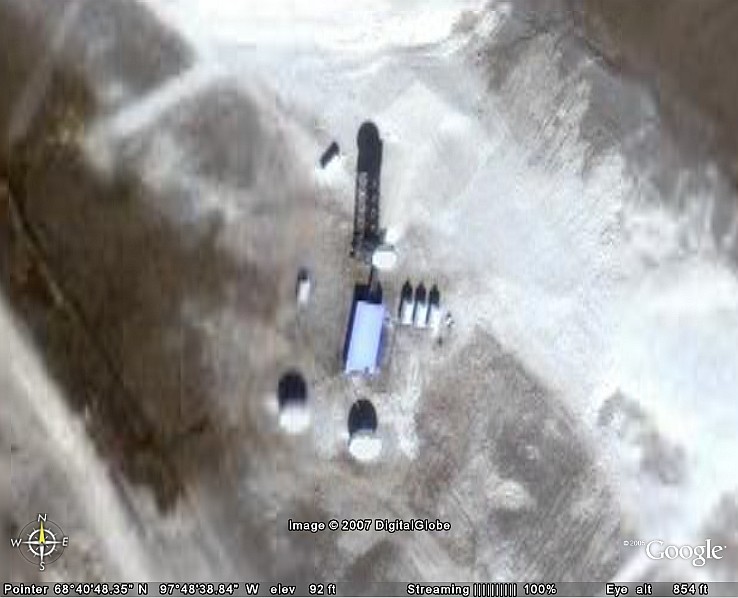 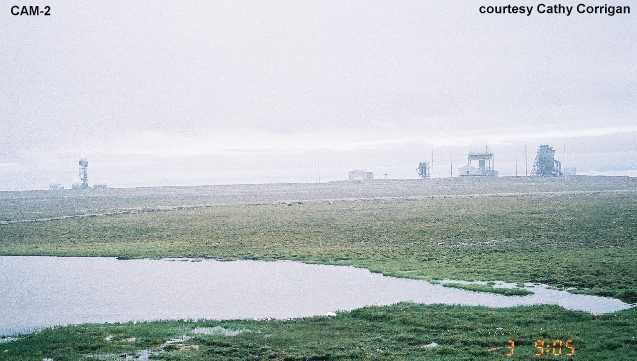 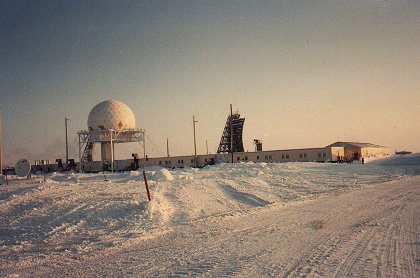 Construction Era Photos for CAM-2.
The pictures below were selected from the extensive collection of Markham Cheever, the DEWLine’s Superintendent of Construction from 1953 to 1957, before the Line went operational. (Click on picture to enlarge.) 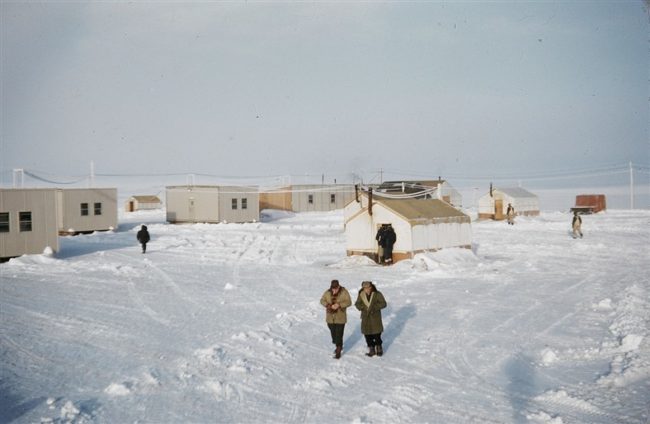 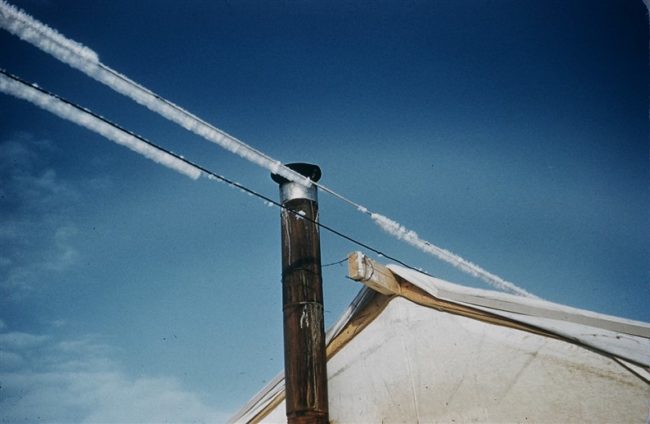 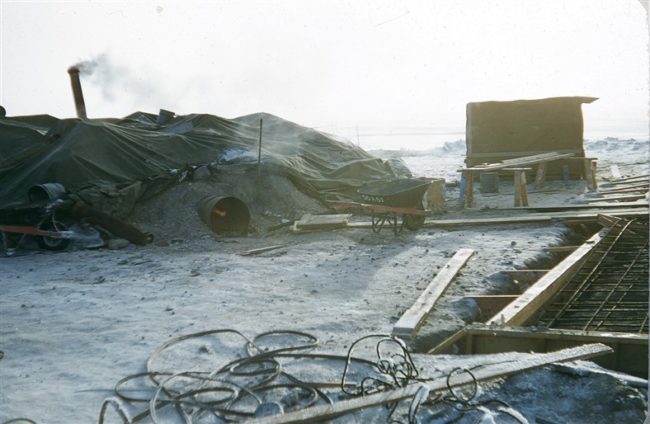 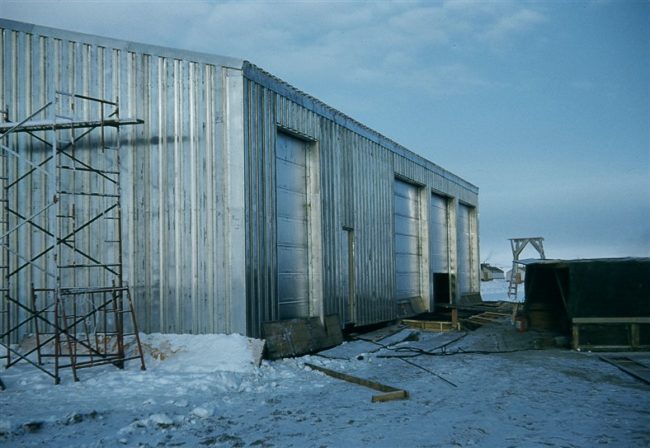 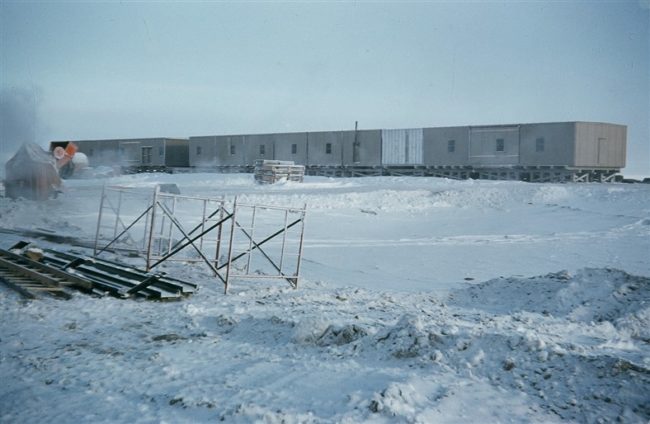 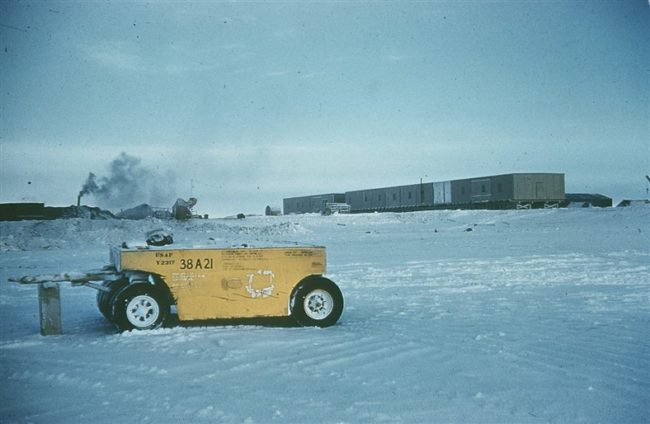 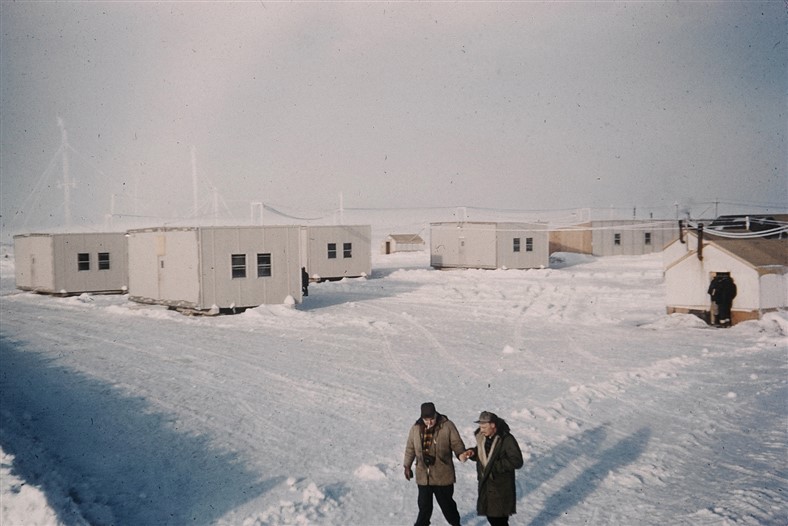 Construction camp with Findlayson and Kennedy in the foreground. Oct 1955.