The fuel tanks are not from the DEW Line. They belong to Imperial Oil who used the area as a base during oil and gas activities in the 1970’s.

Like all the Intermediate sites (I-Sites), BAR-C was shut down and abandoned in 1963. Unfortunately, beyond the photo above and the construction era photo at the bottom of this page, there are no pictures of BAR-C during its operational period of 1957-63.

Construction Era Photos for BAR-C.
The picture below was selected from the extensive collection of Markham Cheever, the DEWLine’s Superintendent of Construction from 1953 to 1957, before the Line went operational. (Click on picture to enlarge.) 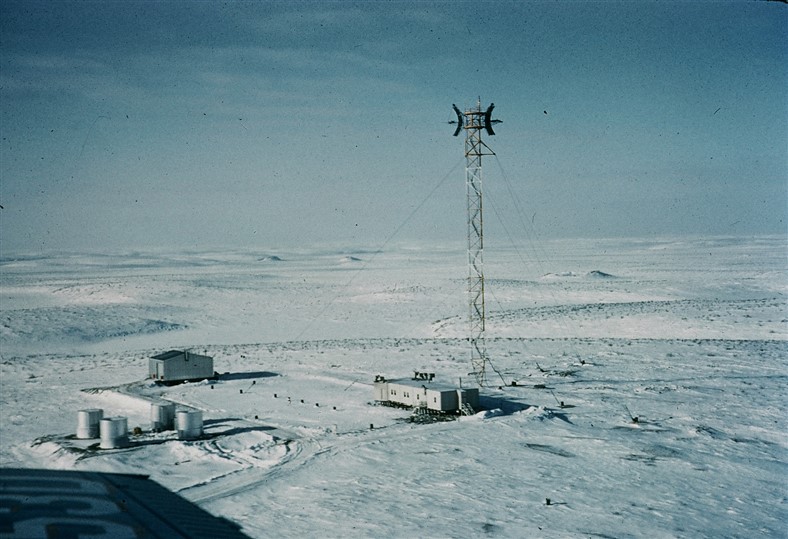 Aerial photo of the completed site with its 150 foot Dopplar tower. April 1957.