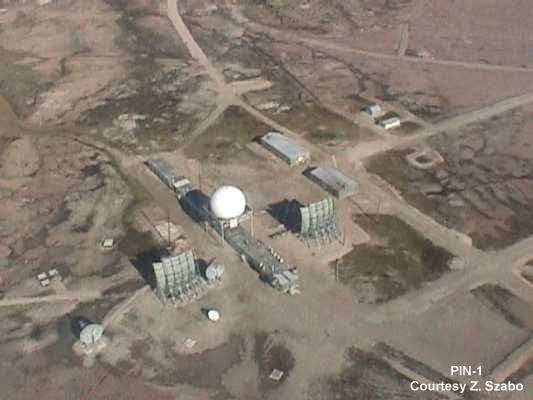 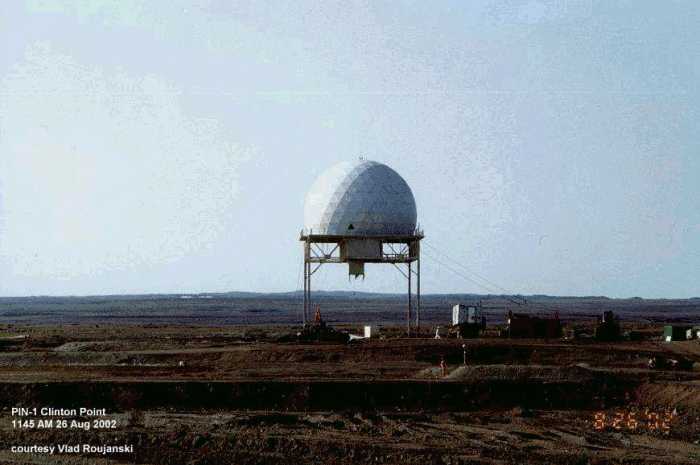 Demolishing the radome. Ready to go.

The following sequence of 3 photos show the demolishing of the radome in 2002 during the reclamation of the site. The module train had already been removed and only the radome was left standing. Photos courtesy of Vlad Roujanski, EBA Engineering Consultants Ltd. Edmonton, AB. 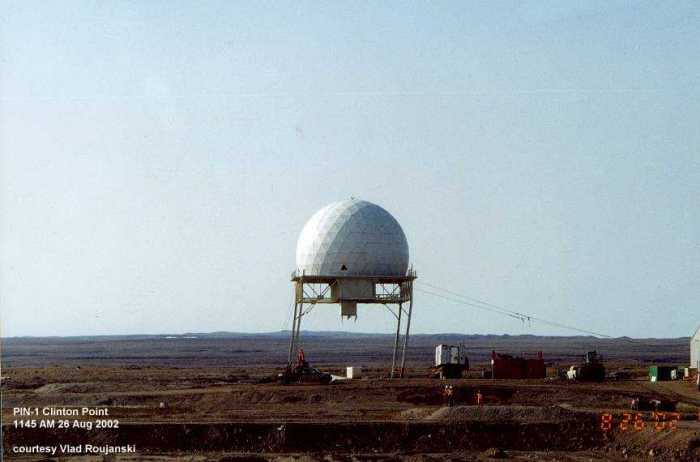 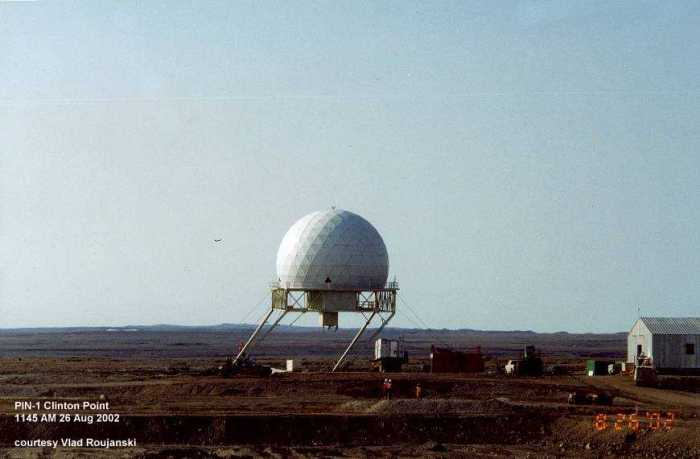 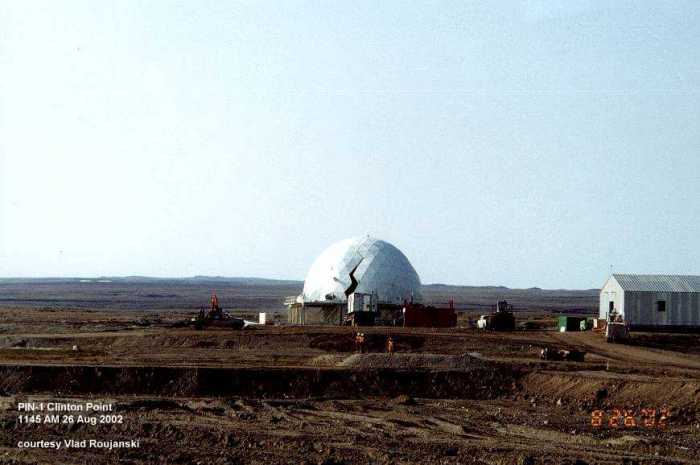 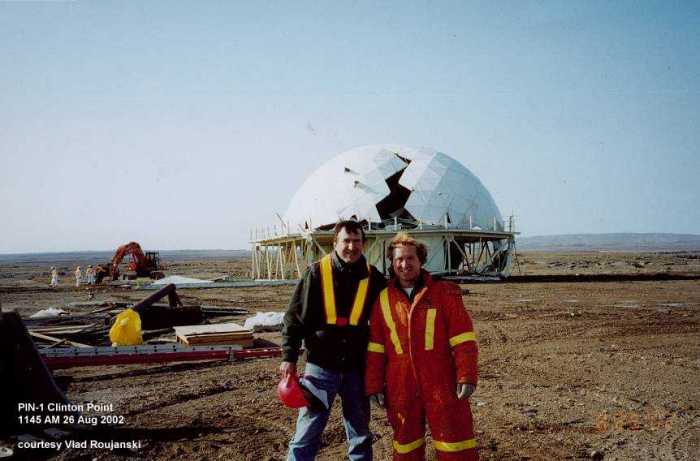 Construction Era Photos for PIN-1.
The pictures below were selected from the extensive collection of Markham Cheever, the DEWLine’s Superintendent of Construction from 1953 to 1957, before the Line went operational. (Click on picture to enlarge.) 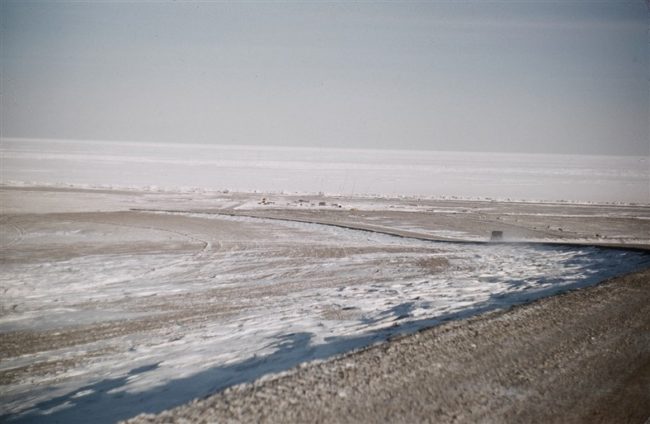 Road to the airstrip blown free of snow. March 1956. 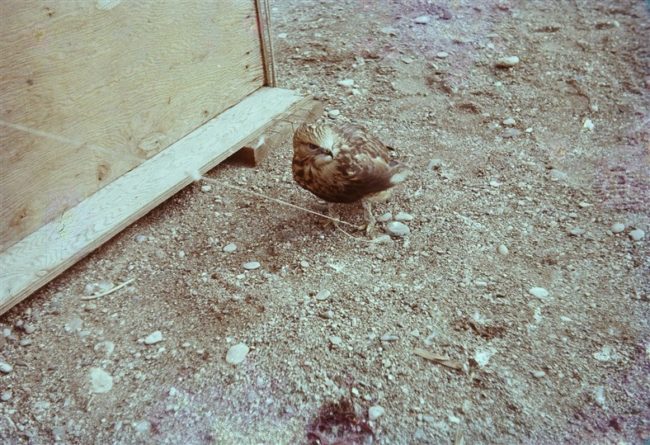 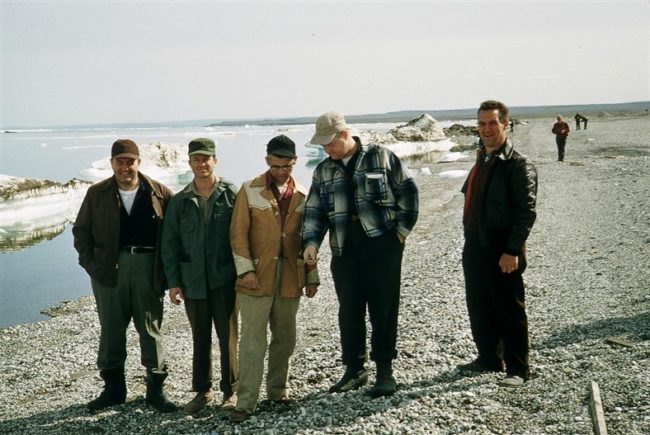 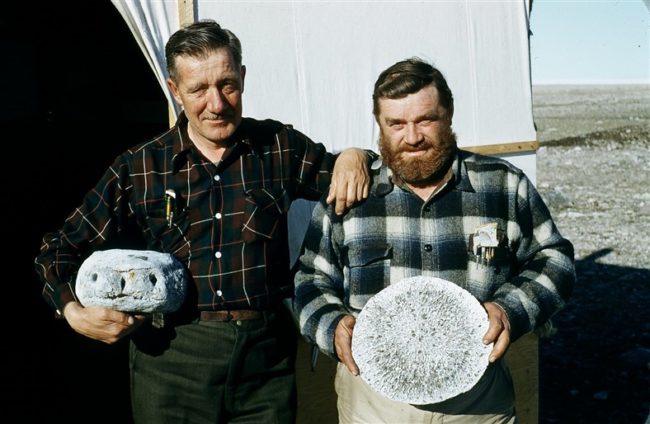