NOTE: Site was deactivated in 1994 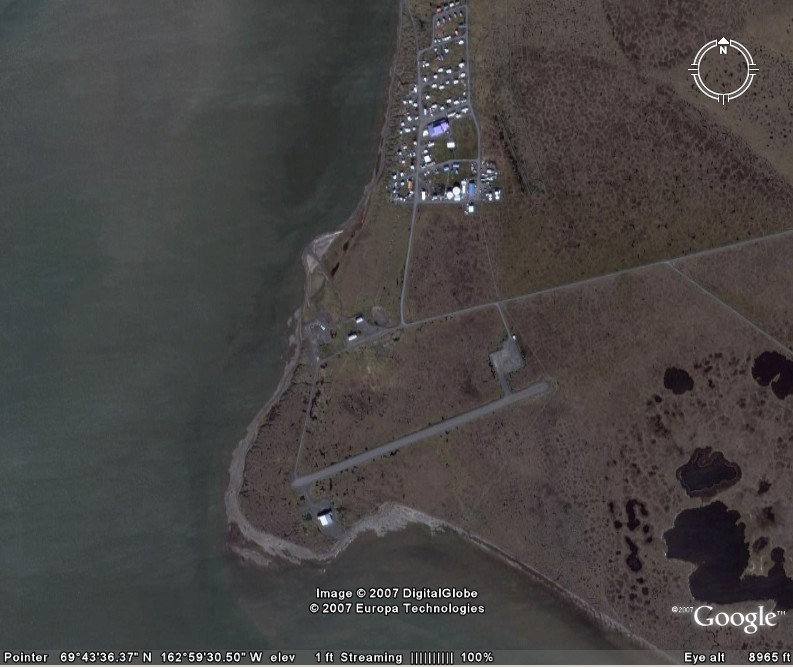 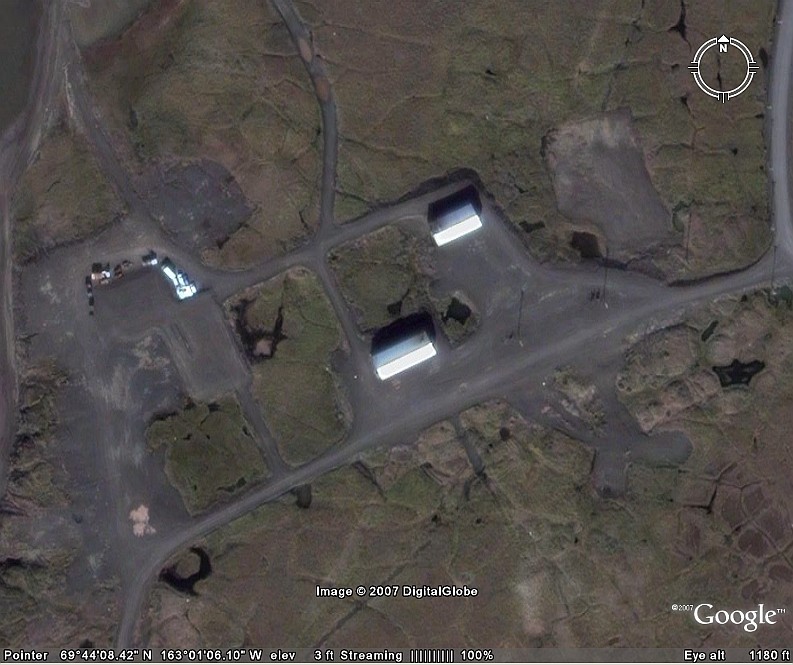 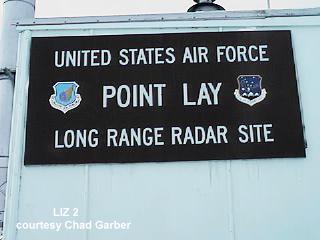 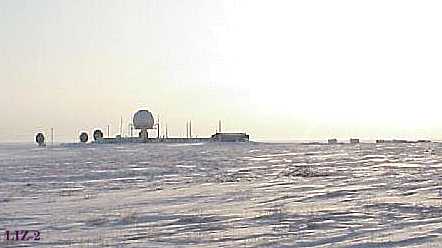 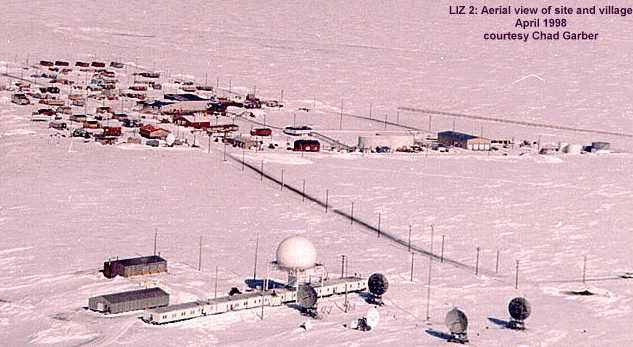 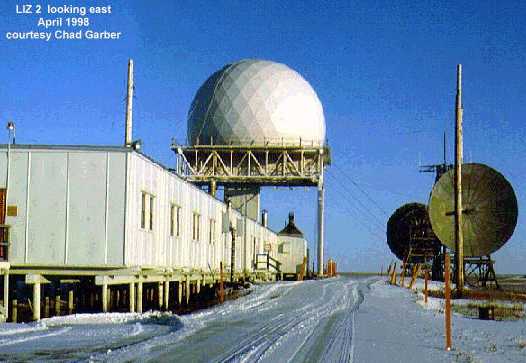 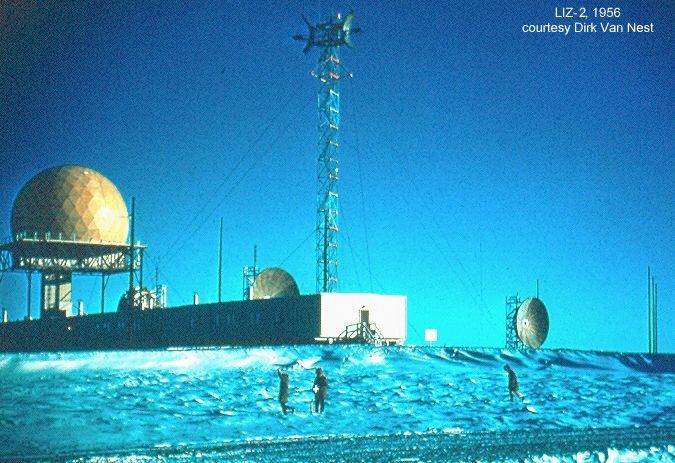 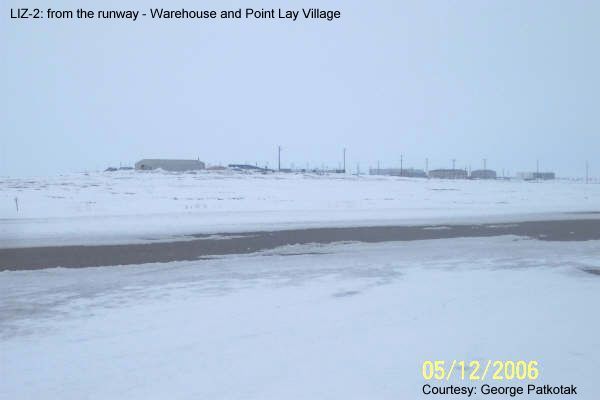 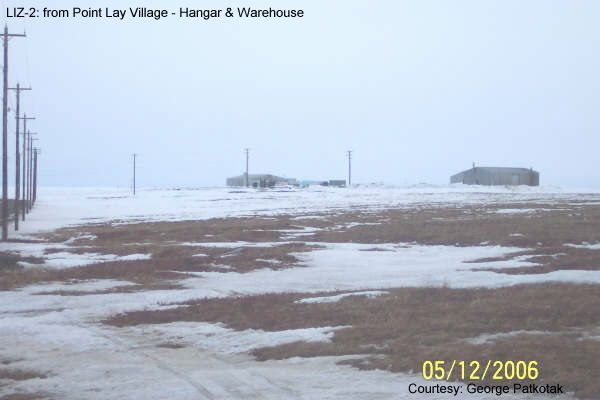 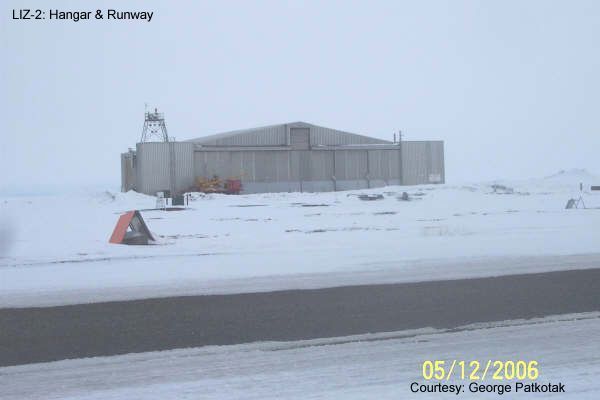 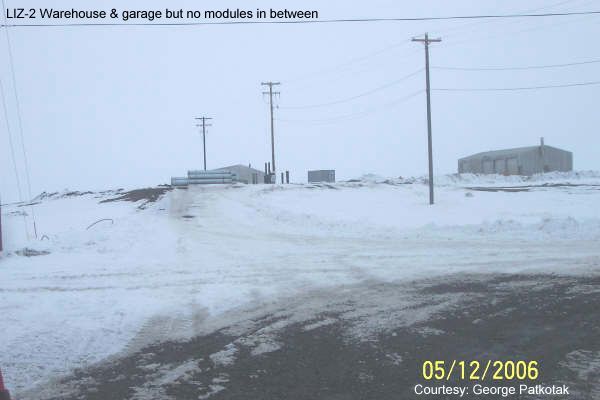 Construction Era Photos for LIZ-2.
The picture below was selected from the extensive collection of Markham Cheever, the DEWLine’s Superintendent of Construction from 1953 to 1957, before the Line went operational. (Click on picture to enlarge.) 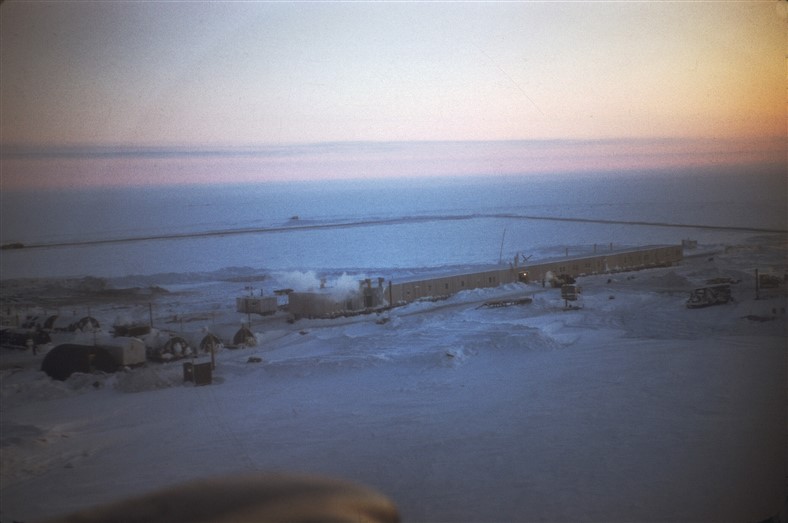 The fully assembled module train with the generators running but before the radome and radar antennas were installed. March 1956.

The People.
The person in the photo below, also from the Markham Cheever collection, is displayed in the hopes that someone may recognize a father, grandfather, friend, or in case of this this photo, a family member, who was at this particular DEWLine site. (Click on picture to enlarge.)

While not a construction worker, I couldn’t resist including this picture of a young Eskimo (Inuit) girl with bubble gum. Circa 1955.