FOX-D by Martin Allinson
FOX D was located on a hill on a promontory about half-way between Broughton Island (FOX 5) and Cape Hooper (FOX 4), and about 50 miles from each.

The site was known as Kivitoo, after the former whaling station beside the fiord below the hill.

The installation consisted of the basic I Site provision of Modules, Garage, tower, and ancillary buildings (which were mostly Jamesway huts, inherited from construction days).

As there was a small coastal plain near Kivitoo village, a short airstrip had been built and DC 3s could land, albeit with only a light load. Heavy items had to come in by Sealift, or be dropped by parachute in winter on to the ice in the fiord.

DC 3s taking loads from DYE Lower to Cape Christian or to FOX 4would often drop off a light load at FOX D on the way back. Cape Christian, near Clyde River, was much further up the coast. A LORAN (LOng Range Navigation) System transmitter was installed there, and maintained by the US Coastguards.

At FOX D, the road from the airstrip to the Station was about five miles long, with an emergency hut about half way up.

The airstrip, but not the whole of the fiord, could be seen from the Station. So the weather observations for aircraft use had to be taken down at the strip, where any fog banks at all in the fiord could be seen and reported. 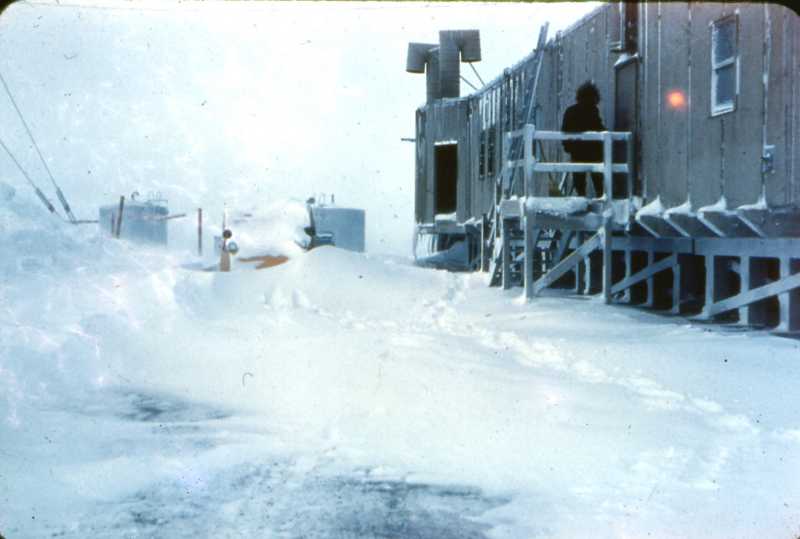 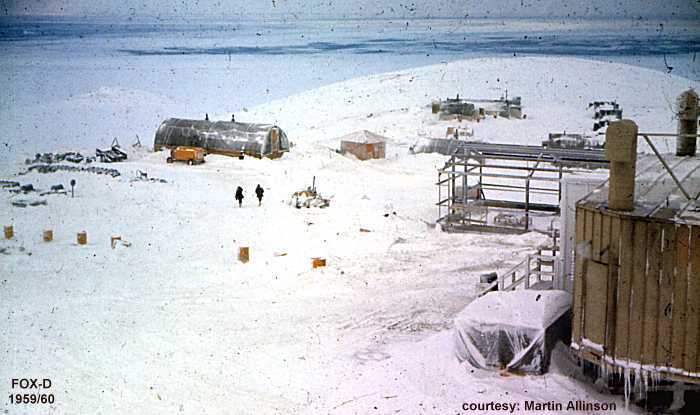 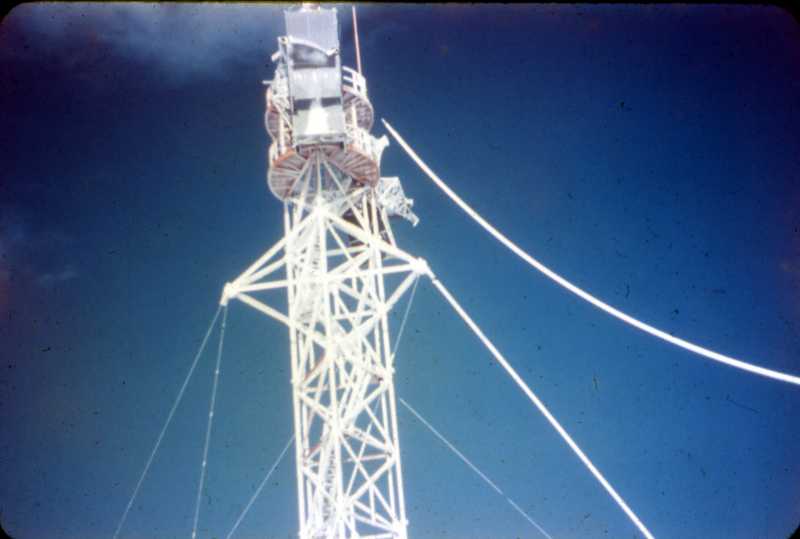 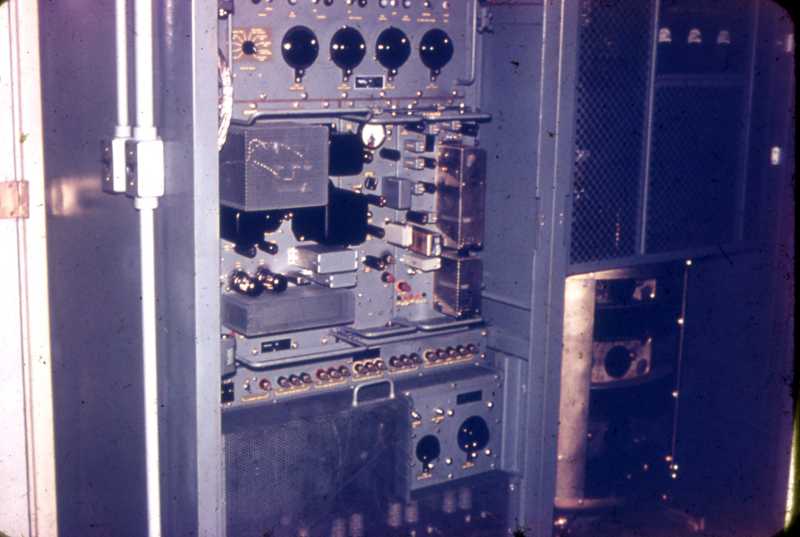 Construction Era Photos for FOX-D.
The pictures below were selected from the extensive collection of Markham Cheever, the DEWLine’s Superintendent of Construction from 1953 to 1957, before the Line went operational. (Click on picture to enlarge.) 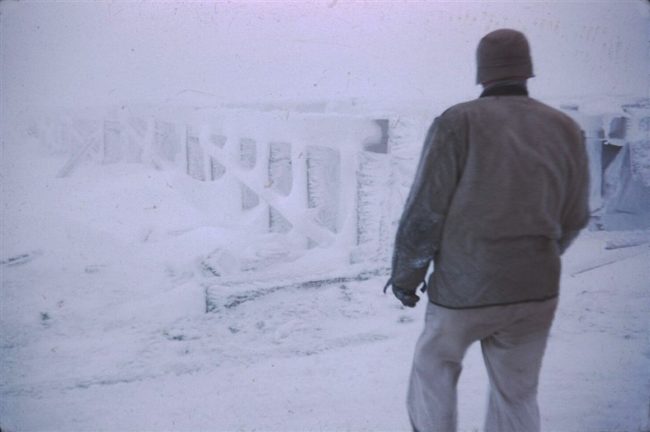 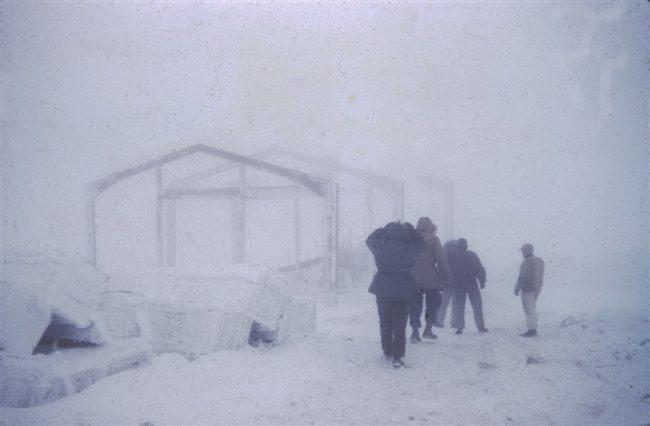 Typical white-out working conditions. The frame for the garage is shown on the left. Sept 1955. 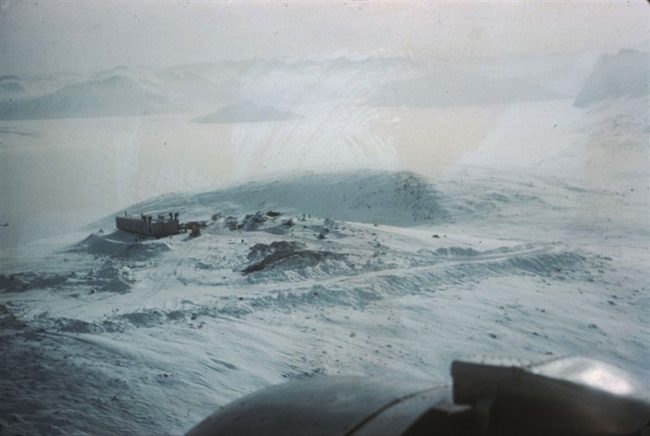 Module train has been completed but the Dopplar tower has yet to be erected. April 1956. 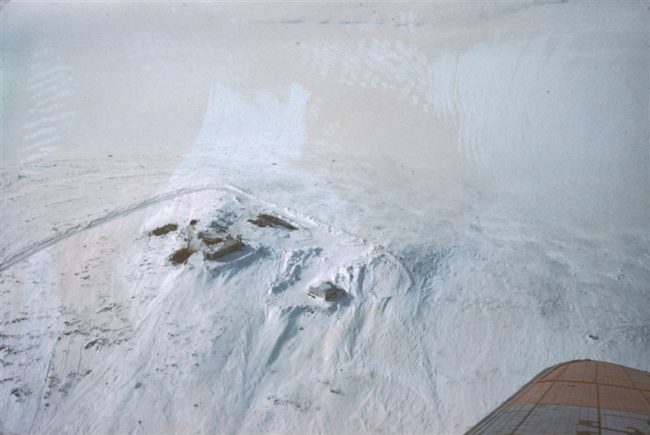 Another aerial view of the site before the Dopplar antenna was erected. April 1956. 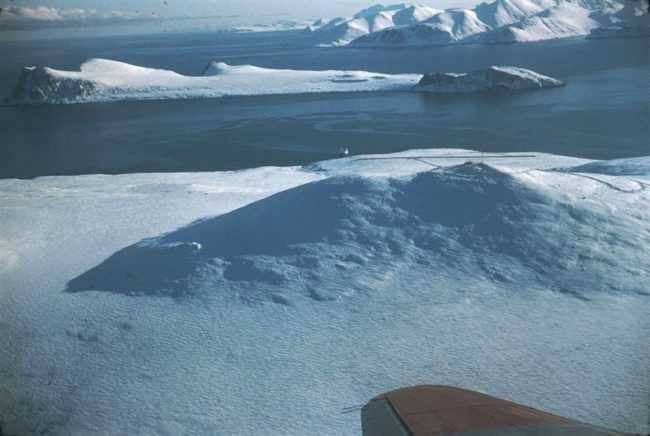 Aerial view showing the airstrip just behind the site that is barely visible. Oct 1956. 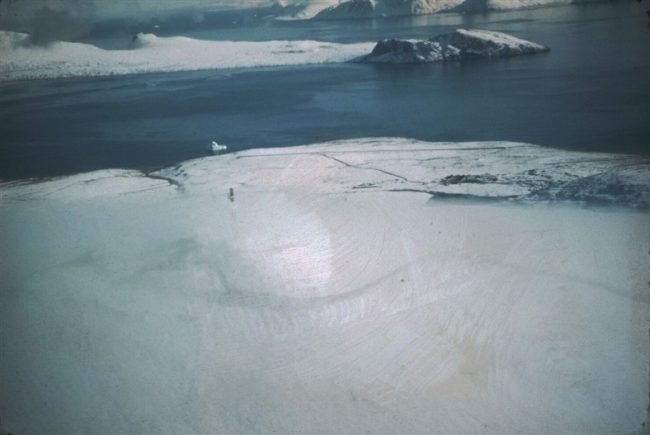 View of the airstrip in the distance from the top of the Dopplar tower. Sept 1956.

The People.
The people in the photo below, also from the Markham Cheever collection, are displayed in the hopes that someone may recognize a father, grandfather, or friend who was involved in the construction of this particular DEWLine site. (Click on picture to enlarge.) 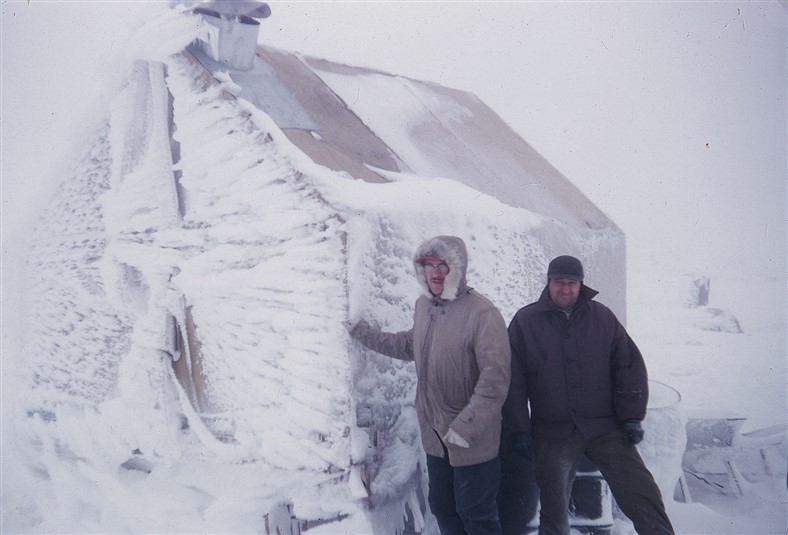