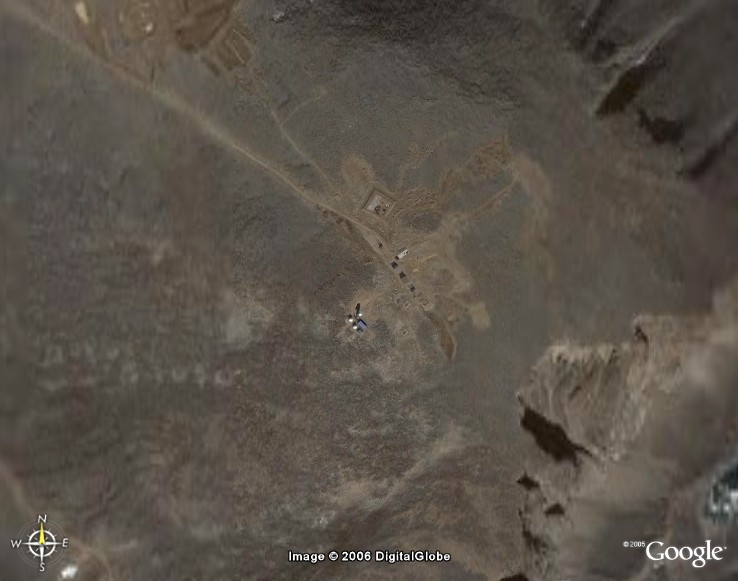 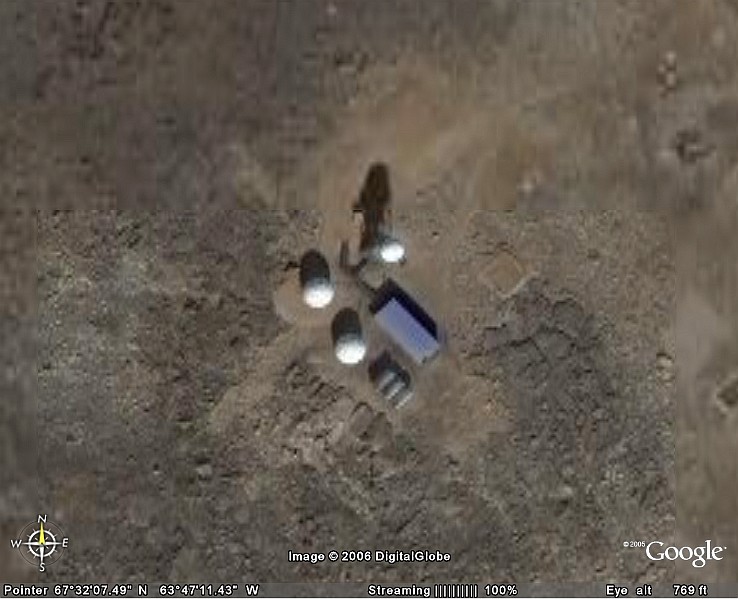 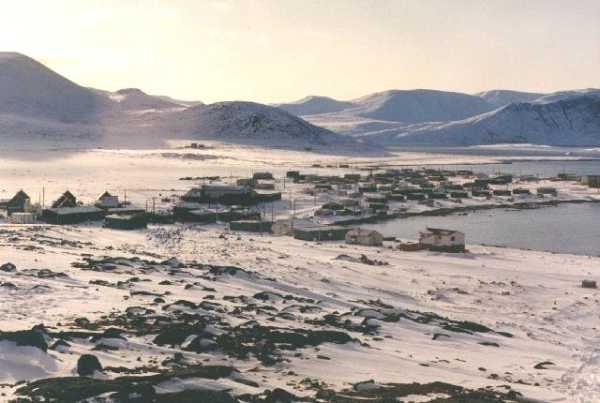 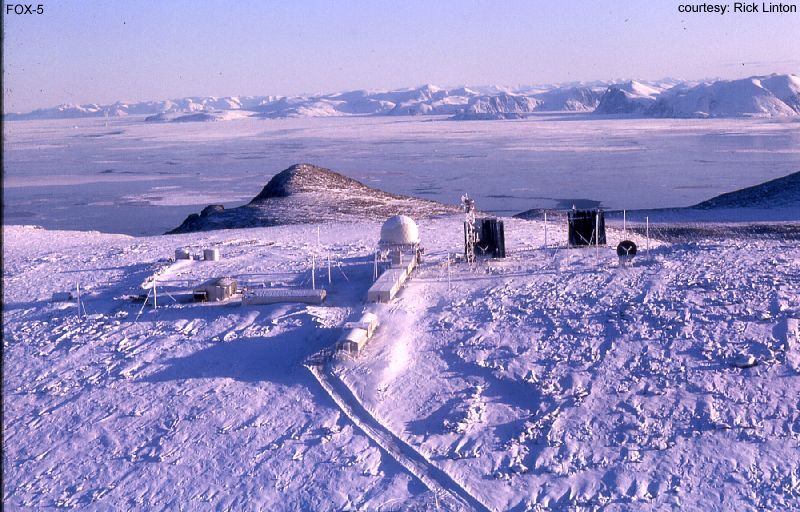 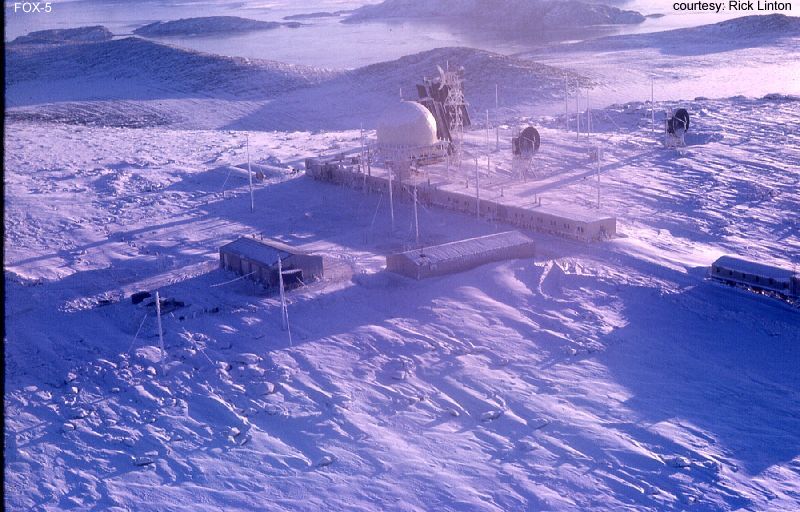 Link to the story on the Space Path Loss Testing  that was done Nov 55 – Mar 56. A photo story by Roger Collinson.

Construction Era Photos for FOX-5.
The pictures below were selected from the extensive collection of Markham Cheever, the DEWLine’s Superintendent of Construction from 1953 to 1957, before the Line went operational. (Click on picture to enlarge.) 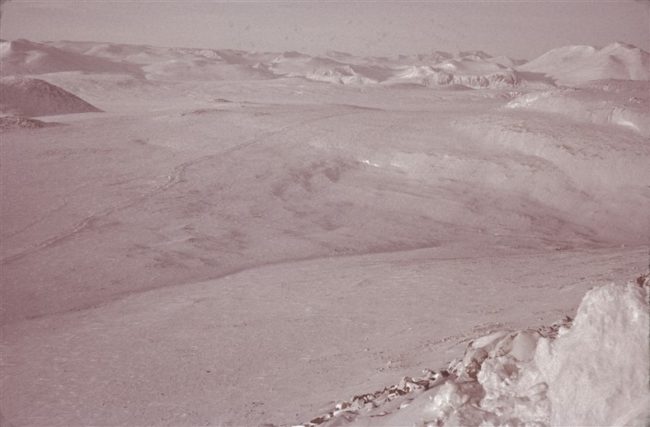 You can just see the road leading from the airstrip to the site. June 1957. 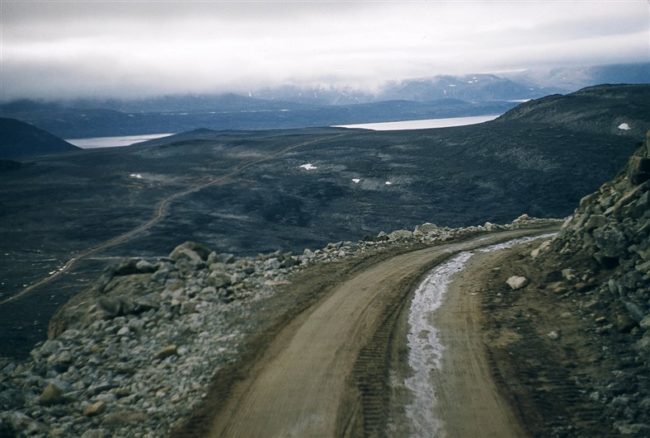 View of the road taken from the top of a hill in mid-summer. Aug 1957. 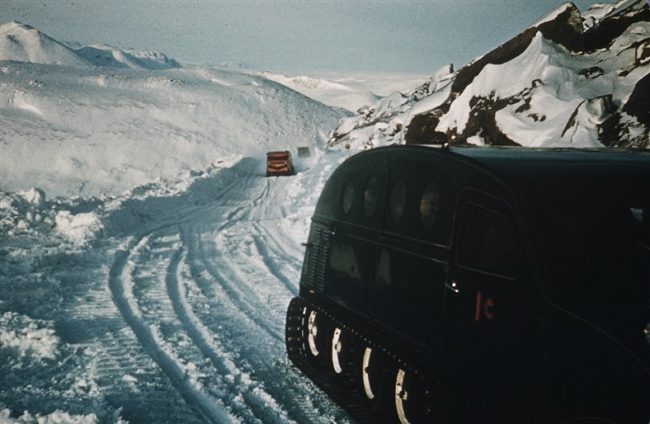 Bombardier snowmobiles on the road to the site from the airstrip. Feb 1957. 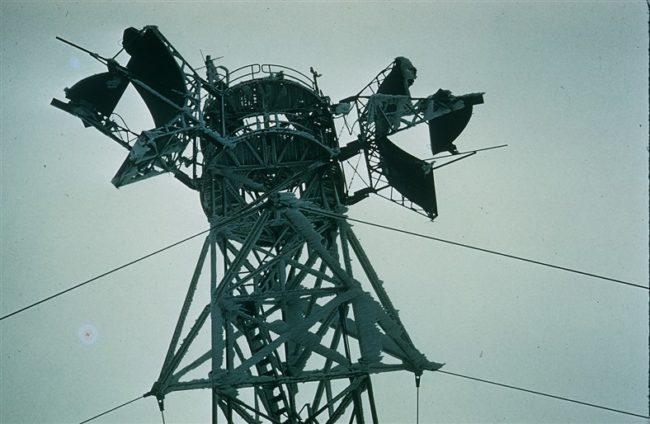 Rime ice on the Dopplar antenna tower in mid-summer. Aug 1957. 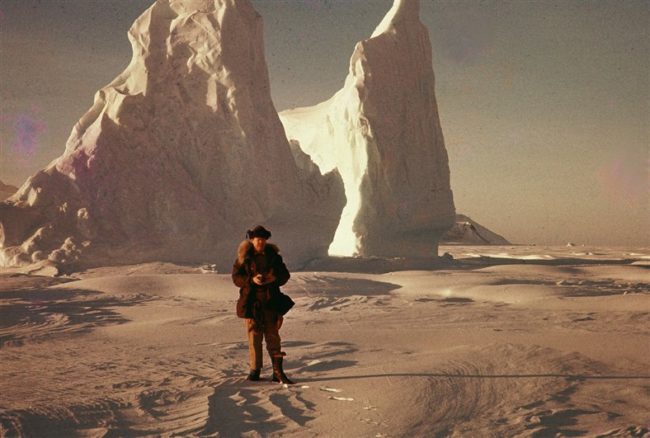 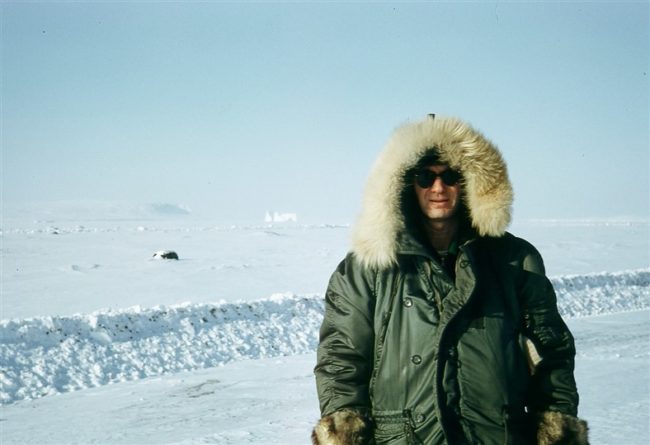