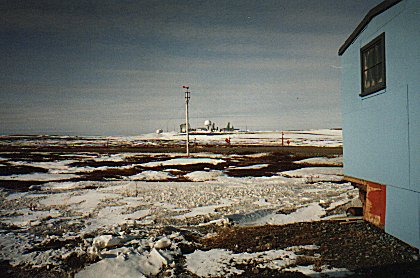 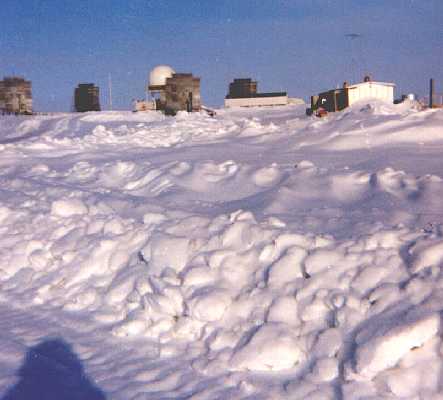 Road from airstrip to site. Indigenous personnel housing in foreground to the right. Courtesy Ralph Howell. 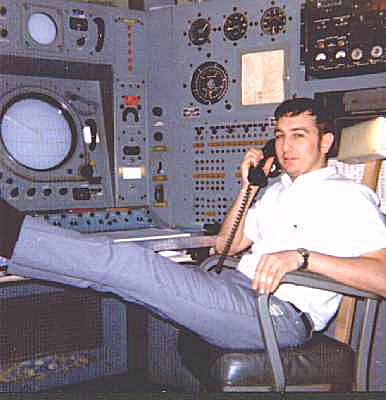 Construction Era Photos for BAR-2.
The pictures below were selected from the extensive collection of Markham Cheever, the DEWLine’s Superintendent of Construction from 1953 to 1957, before the Line went operational. (Click on picture to enlarge.) 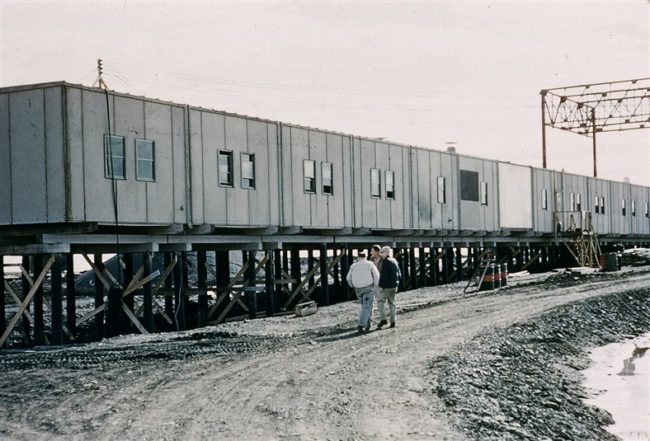 West end of the module train showing the piling that act as the foundation. The early stages of the radome platform construction can be seen on the right. June 1956. 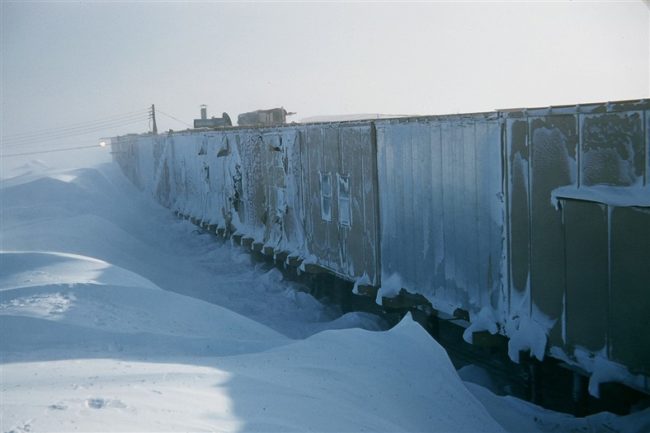 More drifting. The receiving doors can be seen on the right of the photo. March 1956. 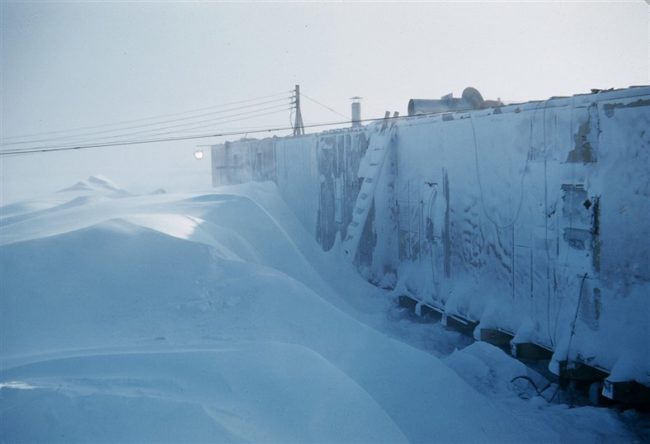 Drifts at the North side of the East end of the module train. March 1956. 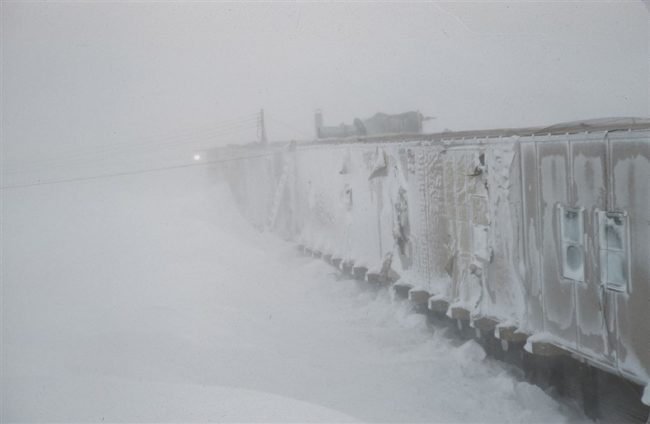 View of the snow-blown module train taken from the top of a snow drift. March 1956. 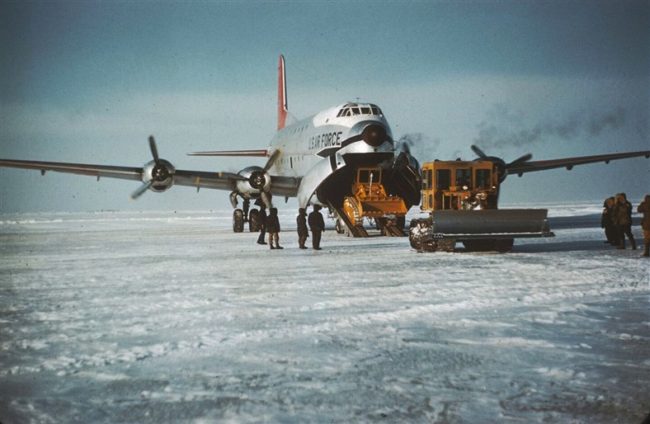 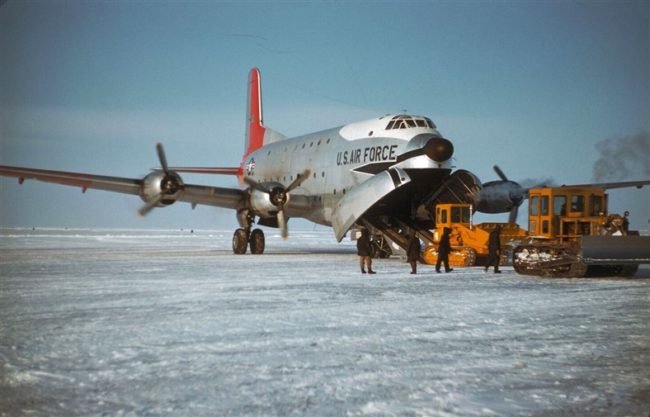 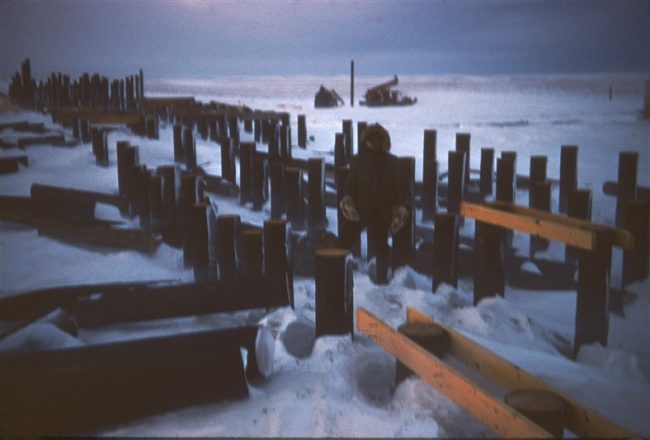 Pilings in place for the module train foundation. Nov 1955. 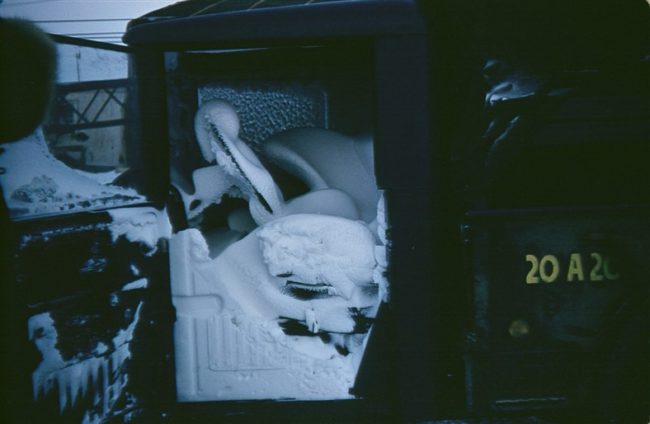 This is what happens when you inadvertently leave your truck window open! Nov 1955. 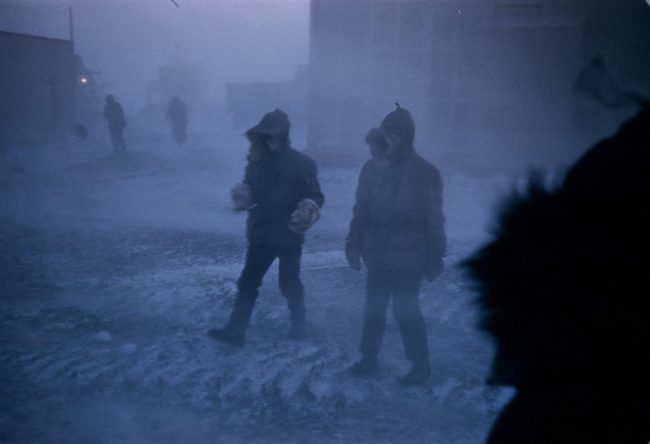 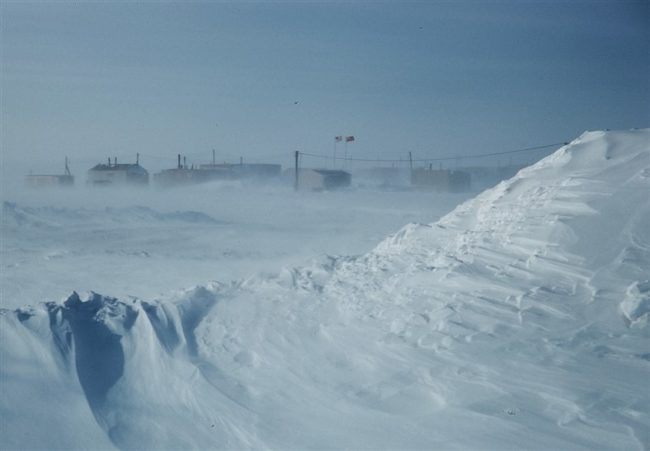 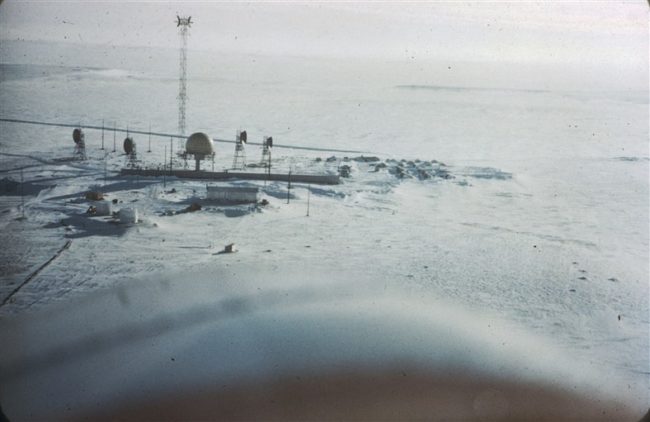 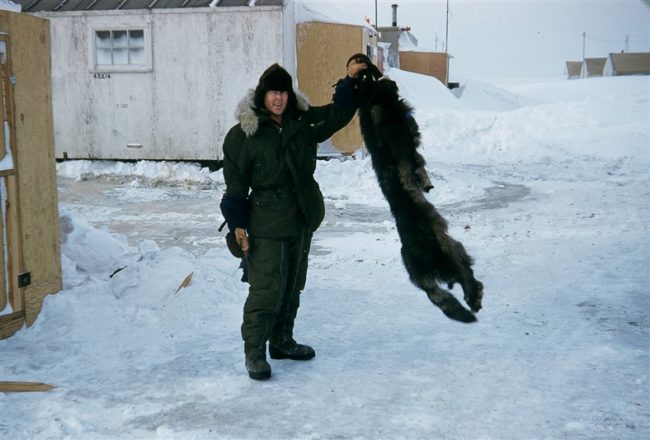 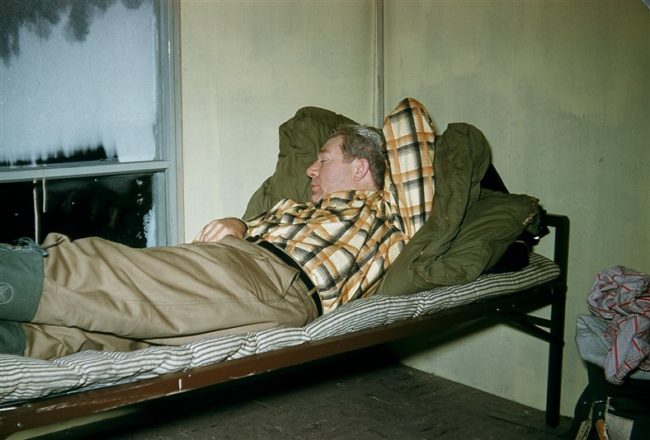 Allanson having a well-deserved sleep. March 1956. 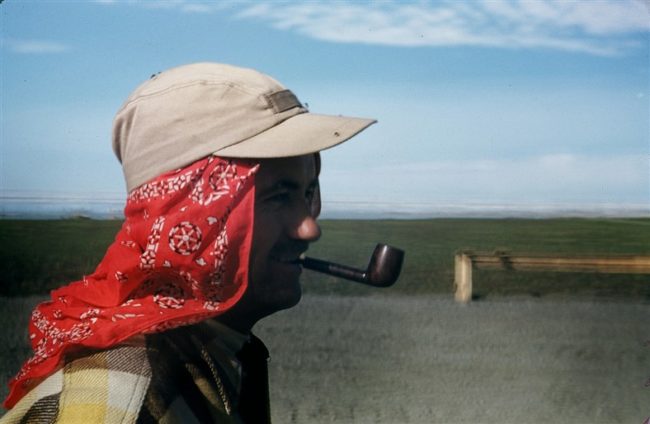 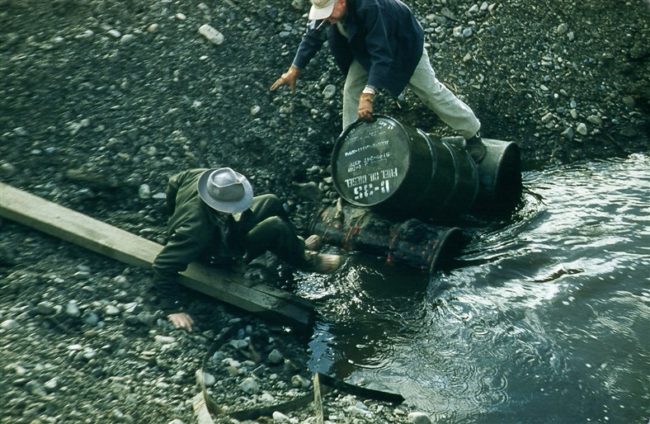 Wilson & Hope slip while removing an obstruction from the culvert. June 1956.