BAR-1 to Become a Historical Site

BAR-1 was an Auxiliary (AUX) site located at Komakuk Beach, Yukon, just east of the Yukon-Alaska boundary. It was the first DEWLine station to be built and was completed in 1954 as an experimental (proof-of-concept) unit as the first section of the DEWLine, to test equipment, structures, and logistic needs in the arctic. The success of the station guided the final design and deployment of the rest of the Line.

BAR-1 shut down as an operating station in June, 1993 with a site clean up scheduled for sometime in the near future.  Once clean up is completed the land will be transferred to the Canadian Parks Service for inclusion in Ivvavik National Park. Commemoration of the site within the National Park for its regional importance is planned (update needed). 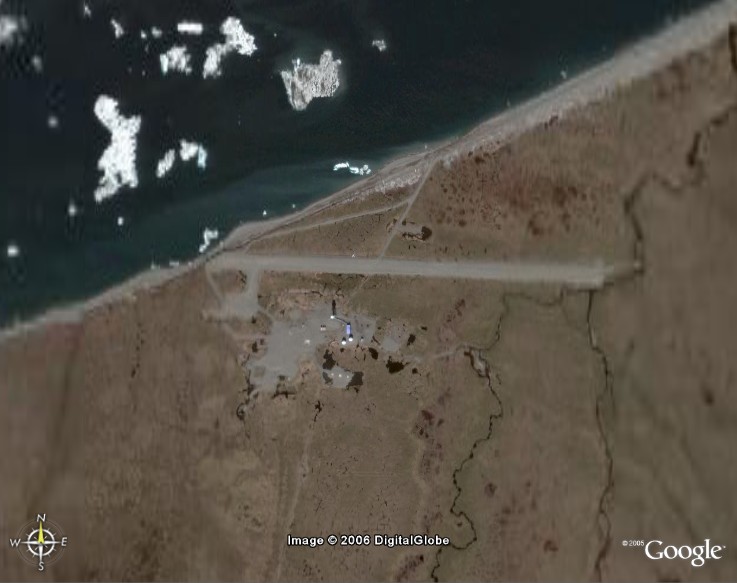 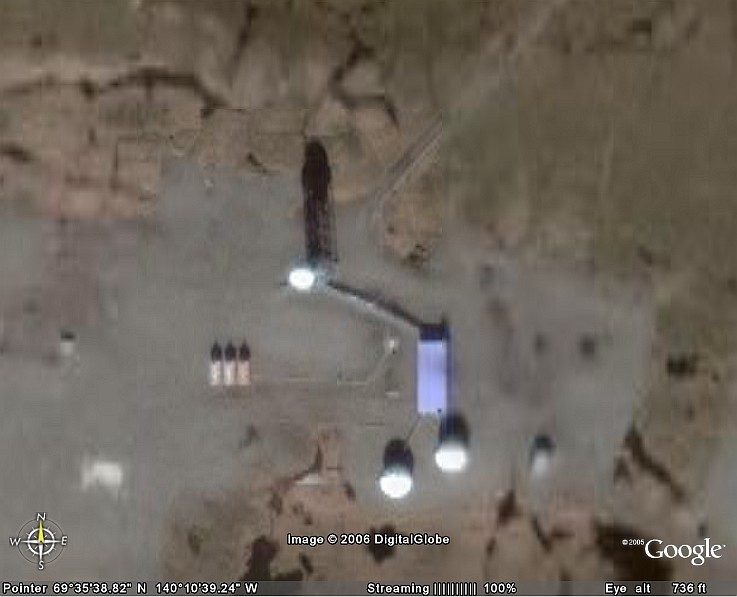 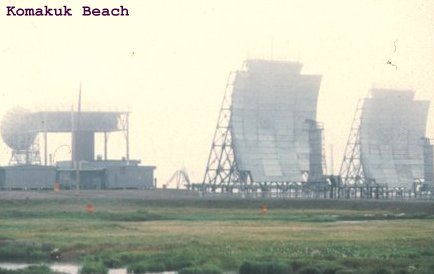 Construction Era Photos for BAR-1.
The pictures below were selected from the extensive collection of Markham Cheever, the DEWLine’s Superintendent of Construction from 1953 to 1957, before the Line went operational. (Click on picture to enlarge.) 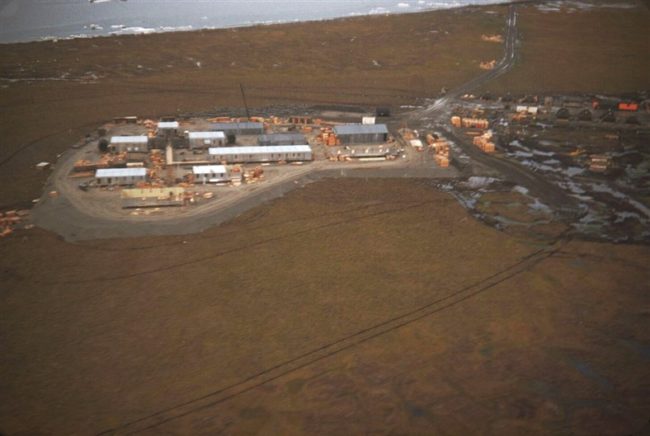 Photo shows the unusual layout of the modules. BAR-1 was the prototype, proof-of-concept station, and the modules were not all in line as they were with the other later Auxiliary sites. Aug 1953. 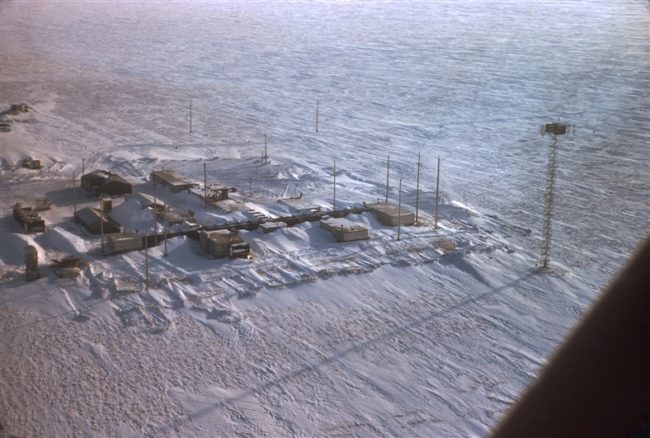 Aerial view of the modules. The various modules are connected by enclosed passageways. March 1956. 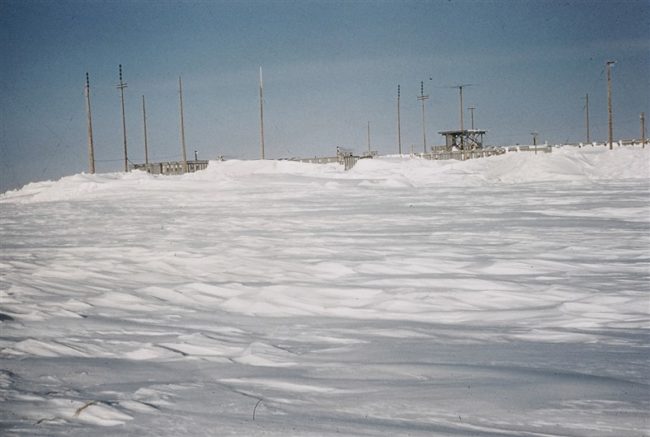 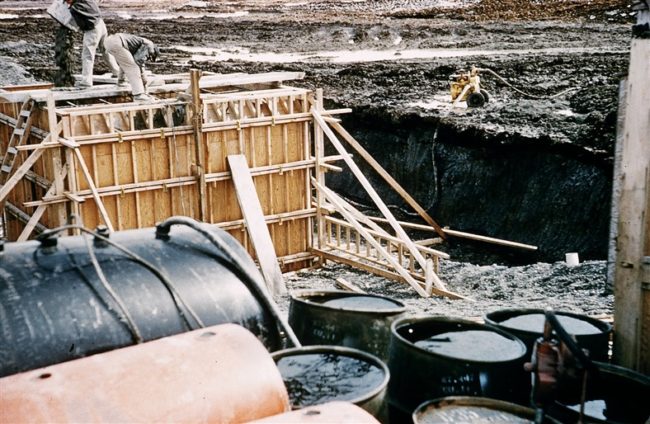 Getting ready to pour concrete for the base of the Doppler antenna tower. June 1956. 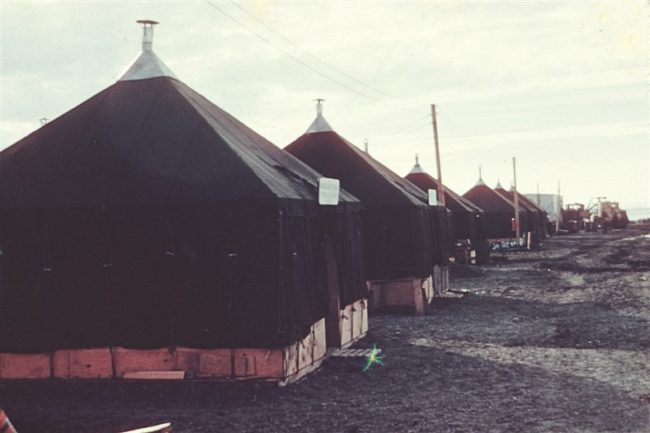 The construction camp, living quarters for the workers. July 1953. 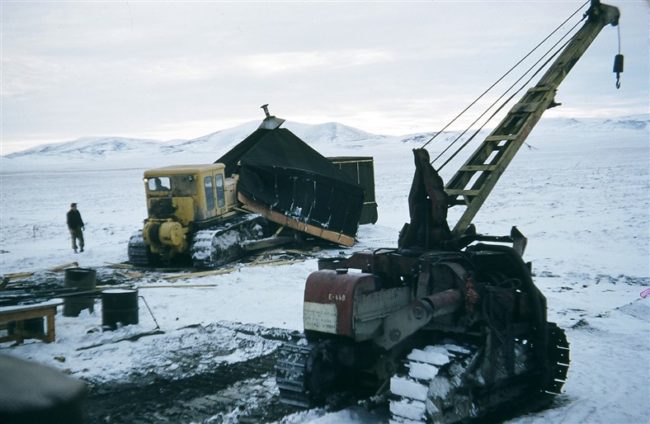 Breaking up the construction camp at the completion of the site work. Oct 1953. 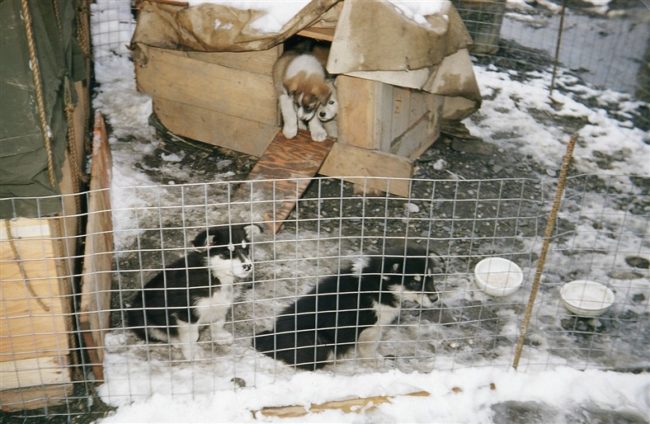 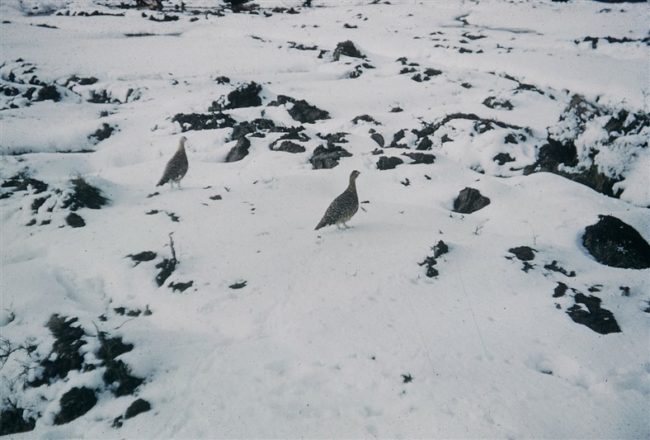 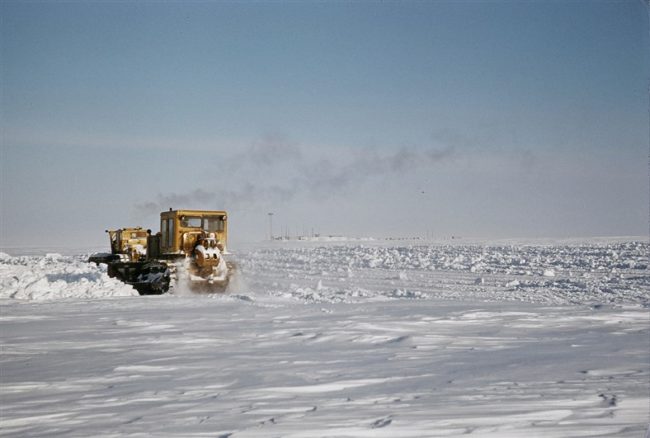 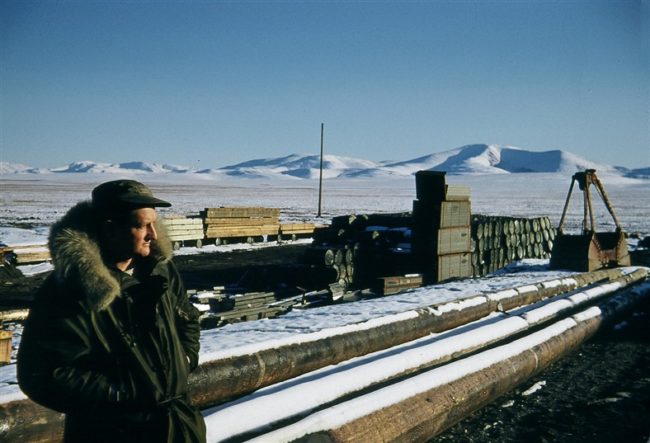 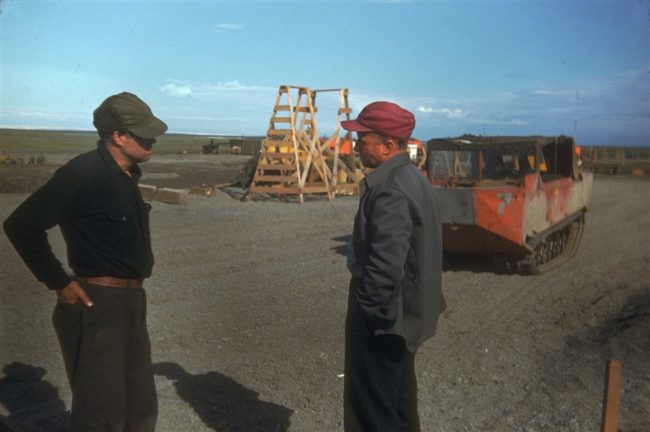 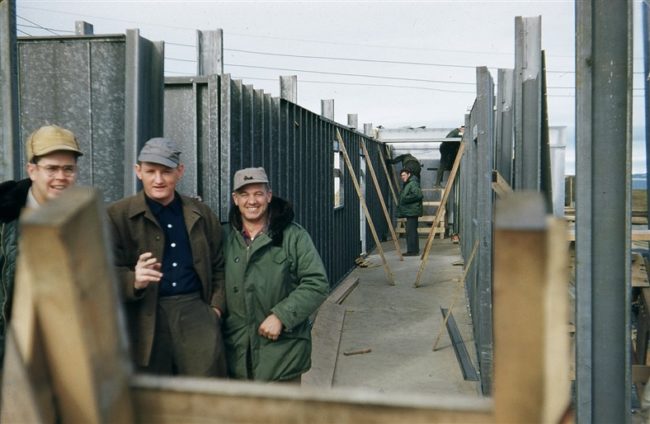 L to R: Heuser, Bulton, & McBee standing in one of the inter-module passageways under construction. Aug 1953.